Advanced Analytics for IoT - IoT For All 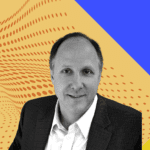 Companies can and should be using advanced analytics to make the most of their data collection efforts.Click To Tweet

Rick and Ken explore the inside track on how companies can and should be using advanced analytics to make the most of their data collection efforts and drive real business outcomes. We also dig into consumer IoT, digital twin as a tool for analytics, and how and when you should be thinking about metadata.

Rick Hall is CEO of Aginity Corporation, and a software entrepreneur focused on the analytics market. He has led the development of over a dozen software products and taken several companies from the early stage to an eventual sale. Rick led a group in the purchase of Aginity in March of 2020 and has taken over the CEO role as a result. Connect with Rick on LinkedIn.

Aginity was an early innovator in Analytics Management and launched Aginity Pro early this year. The product is off to a fast start, attracting 13,000 subscribers in the first nine months and is set to grow by more than 250 percent through 2021.

(2:57) How Data Analysis Works in Consumer and Retail

(13:51) MetaData Analytics and How They Work