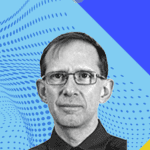 AI & ML, or Artificial Intelligence and Machine learning are becoming the key executions against IoT-derived data in the modern Internet of Things, and as critical as these automated AI & ML insights are, so is thinking about Security at the Edge when implementing them.

In episode 14 of the Let’s Connect! Podcast, Philip Attfield, CEO at Sequitur Labs, joins host Ken Briodagh to talk Artificial Intelligence and Machine Learning and how their interactions impact the way we should be thinking about Security at the Edge of the network in IoT.

Philip and Ken define the terms you need to know, the risks that you’ll face and how AI & ML at the Edge can impact your IoT Network security. Then, they talk solutions and strategies at the leading edge of IoT security best practice.

Discover more about AI, Machine Learning, and Security at the Edge at http://iotforall.com

(8:00) Does AI at the Edge Introduce Greater Vulnerability to the Network?

(10:57) What are the Best-Practice Security Strategies, Right Now?

(17:13) What is Unique about IoT Systems Security?