CBRS Open Spectrum, 5G, and IoT - IoT For All 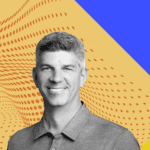 In Episode 08 of the Let’s Connect! Podcast, Kurt Schaubach, CTO of Federated Wireless, joins us to talk about CBRS Open Spectrum, 5G and connectivity for the growth of IoT.

Kurt Schaubach brings 25 years of wireless industry experience to Federated Wireless where he plays a key role in developing technologies and new business strategies to create the next-generation architecture of broadband wireless. Previously, Kurt served in various engineering roles at the National Rural Telecommunications Cooperative (NRTC), NextWave Wireless, LCC International, and Southwestern Bell. He has also served as a technology consultant to wireless network operators, equipment manufacturers, and semiconductor suppliers. Kurt has been active in spectrum development, management, and policy matters throughout his career. He currently serves on the Commerce Spectrum Management Advisory Committee (CSMAC) and has spoken at the International Symposium on Advanced Radio Technologies (ISART) events, among many others.

Interested in connecting with Kurt? Reach out on Linkedin!

Founded in 2012, Federated Wireless has long led the industry in development of CBRS capabilities, taking a lead role in the formation of the CBRS Alliance, being the first to complete a wide range of trials with its Spectrum Controller, and deploying the industry’s first nationwide ESC network. The company’s partner ecosystem includes more than 40 device manufacturers and edge partners, all of which are dedicated to collaboration to advance development and proliferation of CBRS services. Federated Wireless’ customer base includes companies spanning the telecommunications, energy, hospitality, education, retail, office space, municipal and residential verticals, with Applications ranging from network densification and mobile offload to Private LTE and Industrial IoT. Follow Federated Wireless on Twitter!

21:00 What does it take to deploy CBRS Open Spectrum?

The Role of Solution Integrators in IoT