Convergences of Connectivity and Control in IoT - IoT For All 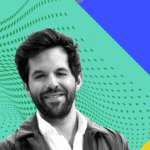 In episode 09 of the Let’s Connect! Podcast, Ben Forgan, CEO and cofounder of Hologram, joins us to talk about how connectivity and control should follow from need in IoT deployment strategy, and what the evolution of IoT into Digital Transformation might look like.

Ben Forgan is the cofounder and CEO of Hologram, a global connectivity platform for IoT headquartered in Chicago. Forgan leads the team’s strategy and business development with nearly 10 years in the evolving industry.  Prior to Hologram, Forgan was cofounder and managing director of Foodpanda in Singapore, which was then acquired by Delivery Hero. At Foodpanda, Forgan noticed there were no options or resources to easily manage SIM cards to power point-of-sale cellular connectivity and control. That’s in part how he was inspired to launch Hologram. Forgan got his start in tech at Groupon, where he helped launch their Groupon Goods business unit as part of their intrapreneurship efforts.

Interested in connecting with Ben? Reach out on Linkedin!

Hologram’s mission is to connect any device to any network, instantaneously, anywhere. With Hologram, SIM cards automatically switch networks access to the best coverage for connectivity and control across more than 550 carriers in more than 200 countries. In the years since Hologram was founded, it’s been a partner to leading technology pioneers around the world and made it possible for the rapid growth of micromobility vehicles like e-scooters. The company has kept self-driving cars connected and on the road, and helped drones deliver medicine to remote communities and kept vital health devices online across six continents. The future will have billions of more devices connected and controlled via the internet. At Hologram, they’re focused on being the operating system for global connectivity and control. Join Hologram on Twitter and LinkedIn.