The Future of LoRa and LPWAN in IoT - IoT For All 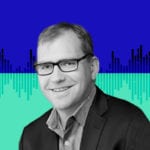 The Future of LoRa and LPWAN in IoT
LIKE

In Episode 55 of the IoT For All Podcast, Hardy Schmidbauer, Senior Director of IoT Cloud and Services at Semtech, joins us to discuss LoRa’s role in the IoT space and his predictions for the future of both LoRA, LPWAN, and the IoT industry on the whole.

The future is bright for LPWAN. In episode 55 of the IoT For All Podcast, Hardy Schmidbauer shares his predictions for the growth and evolution of LoRa and LPWAN in the IoT space via @IoTForAll Click To Tweet

To start the conversation, Hardy shares some background on the origins of LoRa, including its emergence as an early standard to meet the need for networks operating at a long-range. He speaks to some of the Applications where LoRa and LPWAN technology really shine, smart water meters and inventory tracking at auction dealerships, for example.

Looking at the industry on the whole, Hardy discusses the challenges companies undertake when building an IoT solution meant to scale. He shares that solutions don’t stand a chance if ROI isn’t at the forefront of their design. According to Hardy, hardware is another major obstacle to successful adoption, as, across the market, there’s a reluctance to invest the sensors and hardware necessary to scale and implement large-scale solutions.

As the hardware market continues to mature, Hardy shares that the easiest way to avoid common pitfalls is to rely on standardized hardware and solutions – avoiding new or novel technology until you’re certain that it’ll stick around. On the software side, Hardy says, the ability to update and adjust is key as testing and customer feedback sheds more light on new requirements and challenges.

Turning the conversation toward the future, we ask Hardy a few questions on “what’s next” for both LoRa and the larger IoT space, including the increasing trend toward standardization and open-source initiatives. Hardy said that he believes that the asset tracking space, in particular, is ripe for growth – evolving and growing to better fit a variety of market needs as new technologies emerge and mature.

To close out this episode, Hardy shared with us a couple of predictions about the market – including the future role of satellite LPWAN technology, implementation of edge vs. cloud computing, and some of the coming updates from the LoRa Alliance in the coming year.

Interested in connecting with Hardy? Reach out to him on Linkedin!

About Semtech: Semtech has contributed greatly to standardization in the IoT ecosystem, with a focus on simplifying development and creating scalable systems with a high level of interoperability. Semtech helped create LoRaWAN to achieve an architecture that can support networks with hundreds of millions of nodes and started an industry association to manage certification and the evolution of the specification.

(09:44) What is LoRa’s current role in the consumer space, for example, in smart homes?

(13:40) What can companies new to the IoT space do to avoid common pitfalls in regards to hardware?

(15:44) Where should a company’s focus be when developing a solution in order to maximize ROI?

(17:20) As an industry, what should be our next step toward growing and scaling?

(20:27) In what Applications do you expect the greatest growth?

(21:23) Do you anticipate edge or cloud computing taking precedence in enterprise adoption this year?

(23:15) Do you think satellite LPWAN technology will have a large impact on the IoT industry?

(25:03) Will major cloud providers get involved in LPWAN? If so, how will that play out?

(28:37) Is there any news we should be on the lookout for from LoRa Alliance this year?

Building the Right Team for Your IoT Project

Internet of Things Media Network - January 3, 2023
Brian Tol, CTO of SpinDance, discusses the keys, challenges, and importance of building the right team for your IoT project.