Adoption Trends in the Enterprise IoT Landscape - IoT For All 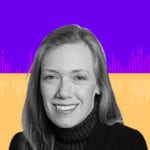 In this episode of the IoT for All Podcast, Omdia’s IoT Practice Lead, Alexandra Rehak joins us to share some insights on the IoT landscape found through Omdia and IoT World Today’s recent survey, including key drivers and barriers to IoT adoption, 5G and AI’s role in the future of IoT, as well as the potential for enterprises to monetize data gathered through IoT.

The IoT enterprise survey was created and distributed through a partnership by Omdia and IoT World Today; it went out to technology firms and enterprises in the process of adopting IoT and had the goal of finding recent adoption trends and, on the longer term, looking more closely at the intersection of IoT with 5G and AI.

In this episode of the IoT For All Podcast, Alexandra Rehak, IoT Practice Lead at Omdia, shares insights on enterprise adoption in IoT.Click To Tweet

To start the episode, Alexandra shared her view on the IoT landscape so far. She said that, unlike the hockey stick growth that had been predicted a couple of years ago, the growth of IoT adoption has been slow, but steady – with 29 percent of enterprises worldwide currently reporting that they have implemented or are within twelve months of implementing IoT solutions.

She also spoke to some of the key drivers and barriers reported by companies. Most enterprises sought IoT implementations as a way to increase efficiency, maximize cost savings, and improve the customer experience, but cybersecurity concerns and a lack of IoT proficiency internally were some of the biggest barriers to adoption.

Turning the conversation to the future, Alexandra said that 5G was a top interest to enterprise companies surveyed. She spoke a bit to some of the benefits 5G might have, but also where that left other connectivity options (and for what Applications they might be a better match for). Artificial intelligence was a close second with companies seeking to leverage it in order to increase operational agility, improve the customer experience and reduce operational costs by increasing device autonomy.

To close out the conversation, Alexandra shared her perspective on the future of the enterprise IoT landscape post-coronavirus. The current climate, Alexandra said, has definitely highlighted the need for IoT in supply chain management and telemedicine, the latter of which has been especially slow in adoption. However, the coronavirus has delayed progress in automotive manufacturing, which has long been a driver for IoT technology.

To check out Omdia’s report in full, visit Omdia.com or IoT World Today.

Interested in connecting with Alexandra? Reach out to her on Linkedin!

About Omdia: Omdia is a new brand for our world-leading technology, media and telecoms research analyst group, we’re part of Informa Tech and combine the expertise and assets of Ovum, IHS Technologies, Tractica and Heavy Reading. Happy to discuss our IoT research coverage which is mainly provided through databases, reports and analyst interaction as well as custom engagements.

(02:51) Introduction to Alexandra Rehak and Omdia

(04:17) What is your perception of the IoT industry in its current state?

(06:52) What was the IoT enterprise survey, who did it include and what were some of the findings?

(12:52) Can you speak to some of the challenges around market fragmentation and lack of internal expertise?

(16:58) Given that 5G is still a ways away, what findings were there on other connectivity options?

(26:50) What are some of the biggest contributors to slow growth in IoT?

(30:50) Have you explored the potential to monetize IoT-collected data?

(36:00) How has the novel coronavirus impacted the IoT industry? What lasting effects do you foresee?