Empowering IoT Automation with Visual AI - IoT For All 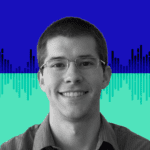 In this week’s episode of the IoT For All Podcast, Vinsa CEO Daniel Bruce joins us to talk about visual AI and how it empowers companies to increase ROI through automation.

As Founder and CEO for Vinsa, Daniel is responsible for Vinsa’s suite of visual AI solutions as well as the company’s patented Active Learning engine. Daniel is an avid technology enthusiast and holds a master’s degree in computer science from Cornell University, where he studied artificial intelligence with a specialty in machine perception.

To kick off the episode, Daniel gave us some background on Vinsa. Originally started as part of Levatas, Vinsa grew out of common customer needs in the visual AI space, building a product and eventually a company to provide companies the ability to adapt to novel situations and improve automation.

Typically, Vinsa’s customers fall into one of two categories. Companies either adopting new IoT technologies and figuring out their capture strategy or extending the capabilities of their existing solutions or technologies. The latter of these companies have already captured visual data, with counts often in the millions, but aren’t yet sure how they can make that data work for them.

How does that differ from visual AI? Visual AI extracts insights from visual data like photographs or videos, a skill that is often taken for granted, according to Daniel. “It’s amazing what the human brain is capable of out of the box,” Daniel said, “and it takes a lot of hard work to get a computer to look at an image and actually understand what’s going on.”

Speaking to visual AI’s role within IoT, Daniel said that while IoT typically deals with structured data, typically numerical readings on an environment, visual AI allows IoT to implement visual data when completing tasks. Instead of measuring the temperature of an object, Daniel said, you can look at the amount of visible condensation instead. “Once you’re able to bridge the gap between the types of data and really see visual data sources as first-class citizens right alongside that structured data, it really broadens the whole perspective of what we have at our fingertips,” Daniel said.

Getting into some of the real-life Applications of visual AI, Daniel spoke to a huge need for “people analytics,” or systems able to measure crowds and their movements. This has become especially important as companies return to reduced or even normal operations post-COVID-19. Visual AI can be used to determine how quickly lines are moving, whether or not employees are following social distancing protocols, and how guest experiences can be improved.

Daniel said that many of the Applications Vinsa has seen involve industrial inspections, automating processes that historically required employees to walk around a facility and photograph, or simply look at, machines to ensure that they’re still operating normally.

The most important thing, Daniel said, when adopting visual AI or IoT, is to choose the right Applications. “Choosing a Applications that doesn’t make sense and doesn’t have an ROI story is a surefire way to get nowhere quick,” Daniel said. And, on the other side of that, once the Applications has been selected, it’s important to set reasonable expectations. “These technologies are amazing,” Daniel said, “but they’re not perfect.” Understanding that the technology will get things wrong, but having a plan in place for when it does, is critical to the success of an IoT deployment.

Interested in connecting with Daniel? Reach out to him on Linkedin!

About Vinsa: Vinsa designs and deploys custom visual AI solutions that unlock operational efficiencies for the modern enterprise. Launched in 2020 and based in South Florida, Vinsa’s Intelligence Models and Core AI Engine bring a human-in-the-loop, chassis-agnostic approach to implementing computer vision technology that allows for near-term ROI. Vinsa’s clients span across a wide array of industries, including utilities, manufacturing, construction, and more.

(04:08) What does a typical customer engagement look like for Vinsa?

(07:23) How does visual AI differ from typical AI topics or applications?

(08:54) How does visual AI work with other leading-edge technologies?

(13:22) What challenges did you face as you were bringing your technology to market?

(15:23) What value propositions are your customers typically looking to achieve?

(23:44) Are you seeing the current state, with COVID-19, affecting the AI and Visual AI space?