Implementing IIoT in Manufacturing - IoT For All 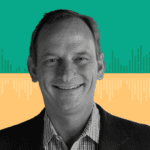 In episode #76 of the IoT For All Podcast, Swift Sensors COO, Ray Almgren, joins us to talk about some of the challenges of implementing IIoT systems in manufacturing, from establishing ROI to working with legacy systems.

Ray joined Swift Sensors in 2016, after 29 years at National Instruments working with measurement systems and embedded control. In his role at Swift Sensors, Ray said he’s been reinventing measurements once again, this time with wireless cloud-based systems, rather than personal computers. “I’m very fortunate to be able to apply the same basic measurement concepts to a different platform that’s going to be the future of how measurements are made,” Ray said.

To kick off the episode, Ray gave us some background on Swift Sensors and what they do. Swift Sensors provides end-to-end sensor solutions for industrial and commercial applications. “We’re trying to deliver a simple measurement systems that takes advantage of IoT, but we’re not trying to make IoT their problem,” Ray said, “we’re trying to help them understand how to better monitor and improve the operational efficiency of their company or processes.”

That simplicity, according to Ray, is what Swift Sensors can attribute a lot of their success. “We’re trying to make sure that whoever our customer is,” Ray said, “they don’t have to understand the details of the connectivity or the hardware.”

The Applications where they’ve seen the most success is in manufacturing, focusing on the markets and applications that are best suited for what IoT can do today. One of the best examples? Temperature monitoring. According to Ray, 80 percent of the measurements taken in the world are temperature. “Whether you’re at the macroeconomic scale of global warming, or trying to produce a semiconductor, or trying to cook a hamburger – the temperature has to be right,” Ray said.

Ray said that, for manufacturing, the ROI is easy. Manufacturing operations often have tons of capital equipment, legacy systems that don’t have the digital footprint of newer machines. These machines are sometimes 10, 20, or 30 years old, but they’re good at what they do and extremely expensive to replace. That’s where IoT really shines – through the use of wireless sensors attached to legacy equipment, managers can gain visibility over how machinery is doing, how often it’s being used, and whether or not upgrades or repairs are necessary. For these companies, Ray said, this value add is a no-brainer.

To round out he podcast, Ray talked about the industry on the whole and what upgrades we’d need to see before we could expect widespread adoption of IIoT. “It’s all about power,” Ray said. “If we have the power, we can do anything.” Battery life, Ray said, can be a huge limiting power – whether you’re talking about how often or how much data you can send, to how remote or mobile your solution can be.

Interested in connecting with Ray? Reach out to him on Linkedin!

This episode of the IoT For All Podcast is brought to you by Corekinect. Check them out at corekinect.com

(06:06) How does your approach differ from other sensor and hardware vendors in the IoT space?

(08:00) Do you focus on particular industries or Applications? Can you give us any examples?

(12:40) How do you fit in a typical IoT solution development?

(15:26) What does a typical customer engagement look like for Swift Sensors?

(19:48) What challenges have you seen on the implementation side?

(23:35) What advice do you have for customers going into this process?

(25:25) What changes need to happen for us to see widespread adoption of IoT?

(30:09) What solutions have you seen to solve the problem of worker safety, specifically in the manufacturing space?