The Future of the IoT Connectivity Landscape - IoT For All 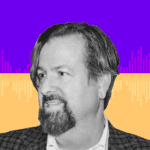 In this episode of the IoT For All Podcast, Ericsson’s Head of IoT Strategy Rob Tiffany joins us to share his experience on the IoT connectivity landscape and the future of connectivity for IoT. Rob gives his predictions for the future of the IoT market, speaks to the global adoption of IoT, and shares some of the key considerations companies should be taking into account when thinking about connectivity early in their IoT journey.

Rob Tiffany joined Ericsson in 2018, where he is now the Vice President and Head of IoT Strategy. In this role, he drives strategy and execution at the intersection of 5G, edge computing and the Internet of Things. Before Ericsson, Rob was Founder and CEO of Enterprise IoT, where he created an edge computing system powered by digital twins that targeted enterprises and industrial operations. He also served as CTO and Global Product Manager at Hitachi and at Microsoft as the Global Technology Lead for IoT.

At Ericsson, Rob’s focus has been on growing the number of cellular IoT endpoints and eliminating the friction around using cellular connectivity for IoT. They do this through products like the IoT Accelerator, a platform that enables global connectivity and device management. Rob also shared some background on Ericsson’s current efforts to deploy 5G globally and what widespread adoption of 5G might mean for the future of IoT.

Rob gave his insights on the journey of IoT, from his days building smart vending machines in the early 90s, to the growing industrial and consumer markets of today, and where he believed the market as a whole was headed. He shared his experience working internationally and how IoT adoption differed between countries and spoke about the largest areas of growth in IoT over the next few years.

Changing to more actionable advice, Rob shared some of his experience working with companies to build and deploy IoT. He detailed some of the biggest obstacles he’d seen companies face and shared his advice for companies looking to begin their IoT journey – including what considerations they should keep in mind when it comes to building connectivity in.

To wrap up, Rob gave us a sneak peek into some of the news Ericsson has on the horizon and shared some additional resources for our audience.

Interested in connecting with Rob? Reach out to him on Linkedin!

About Ericsson: Ericsson makes 5G, LTE, and other cellular technology. About 40% of global mobile Internet traffic passes through Ericsson gear.

(05:34) What is Ericsson’s approach to the connectivity landscape? How does competition factor into your strategy?

(21:30) What differences are you seeing in adoption globally? What regions are adopting more slowly versus more quickly?

(28:33) What’s the biggest area for growth in IoT in the coming years?

(33:52) What connectivity challenges should companies address early in their IoT journey?

Picking the Right Tech for Your IoT Solution

The Evolution of RFID and Its Impact on IoT

The Impact of IoT on Society

What Are Digital Twins, and How Are They Evolving?

How the Chip Shortage is Affecting the IoT Industry

Internet of Things IoT For All - May 3, 2022
MistyWest’s CEO, Taylor Cooper, joins Ryan Chacon to discuss the engineering side of IoT and the current chip shortage.

Wireless Power and the Future of Sustainably Powering IoT

Technology IoT For All - April 28, 2022
Hatem Zeine, President and Founder of Ossia, joins the podcast to discuss wireless power and the future of sustainably powering IoT.

Smart Building IoT For All - April 19, 2022
On this episode, Kotakt.io’s VP of Enterprise Sales, Robert Kowalik discusses why the smart building market is in need of disruption.