Unsupervised AI and IoT Decision Automation - IoT For All 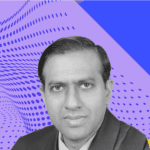 In episode 03 of the Let’s Connect! Podcast, Muddu Sudhakar of Aisera joins us to talk about Unsupervised AI and how to leverage algorithmic intelligence to create IoT decision trees.

Muddu Sudhakar is a successful Entrepreneur, Executive and Investor. He is the CEO and Investor of AiSERA the industry’s first proactive, personalized, and predictive AI Service Management (AISM) solution that is purpose-built to automate tasks and actions for IT, HR, Facilities, and Customer Service. Muddu has deep Product, technology and GTM experience and knowledge on enterprise markets such as Cloud, SaaS, AI/Machine learning, IoT, Cyber Security, Big Data, Storage and chip/Semiconductors. Muddu has strong operating experience with startups as CEOs (Caspida, Cetas, Kazeon, Sanera, Rio Design) and in public companies as SVP & GM role at likes of ServiceNow, Splunk, VMware, EMC. He is widely published in industry journals and conference proceedings and has more than 40 patents.

2:45 What is Artificial Intelligence (AI)?

8:30 What is the Real Impact of AI Algorithmic Science?

14:15 Intelligence at the Edge of the Network

19:00 How Should Companies Get Started in AIoT?