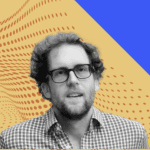 Ed Freyfogle is Head of product for OpenCage. Prior to OpenCage, Ed was co-founder of Lokku, the company that spun out OpenCage. He started his career in the early days of the internet as the first developer at yahoo.de. He has an MBA from MIT, a degree in engineering from Duke University, and was a Fulbright Scholar in Weimar, Germany. Connect with Ed on Twitter and LinkedIn and listen to his GeoMob podcast!

OpenCage provides a geocoding API used by many IoT service providers at high volume (millions of queries per day) to convert device location (longitude, latitude) into useful location information. And they do it using open data from OpenStreetmap. OpenCage started in 2013 as a project within Lokku, a company with a long history of using and supporting OpenStreetMap. They implemented the first ever commercial use of OpenStreetMap (all the way back in the internet dark ages of 2006!), and were one of the first companies to use OpenStreetMap maps instead of Google maps. In May 2015 Lokku was acquired by Mitula Group. The OpenCage project was spun out into an independent brand, and has run independently ever since. Follow OpenCage on Twitter!

6:50 Security and Privacy in Open Location Data: Is it Good Enough?

9:00 Remote Locations, Away from Roads

10:35 Location tracking at Sea, and on Rails