How to Discover and Handle IoT Firmware Vulnerabilities - IoT For All 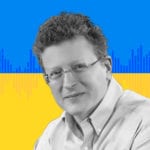 How to Discover and Handle IoT Firmware Vulnerabilities
LIKE

On this IoT For All podcast episode, former NSA analyst Terry Dunlap introduces us to the problem of IoT device firmware vulnerabilities and how to handle them. He also shares his compelling journey from a teen hacker to an operative tracking down terrorists. He shares with us how that path led to co-founding ReFirm Labs.

Terry Dunlap, Co-founder and Chief Evangelist Officer of ReFirm Labs tells us the story of how his arrest as a young man led to a career in offensive cybersecurity at the NSA, where he hunted down terrorists. We discuss how ReFirm Labs was born from these experiences and how they expose and handle domestic and foreign cyber threats lurking inside the firmware of connected devices.

We wrap up the episode with various Applications that detail the security vulnerabilities that exist at the firmware layer of IoT devices and why manufacturers are to blame for many of the issues that occur. Finally, Terry provides advice on how consumers can better protect themselves when buying IoT products.

If you’re interested in connecting with Terry, you can find him on LinkedIn!

ReFirm Labs is an emerging leader in the risk mitigation space. With decades of experience securing devices for sensitive national security applications, our team has developed new methods for you to evaluate and monitor risks lurking inside the firmware of IoT and connected devices.