Smarter, Safer Buildings - IoT For All 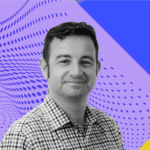 In episode 15 of the Let’s Connect! Podcast, Robert Hemmerdinger, Chief Sales and Marketing Officer at Delta Controls, joins us to talk about why smarter, safer buildings that have been left empty for more than a year, all over the globe, need to be rethought, and how that process is more opportunity than problem for building owners and managers.

Robert and Ken explore how smarter, safer buildings can be enabled by IoT and how those same tools can be leveraged to make square footage more flexible and usable by many stakeholders, instead of relying on long-term leases of the past that might not rematerialize in the present.

'Make square footage more flexible and usable by many stakeholders, instead of relying on long-term leases of the past.' Click To Tweet

Robert Hemmerdinger  is the Chief Sales and Marketing Officer for Delta Controls, Inc. and a member of the executive management team. Robert’s role includes global responsibility for sales growth and driving brand awareness. Robert first started his career in 1997 as a technical support engineer with Andover Controls, which was acquired by Schneider Electric in 2004. With a background in engineering, he served in a variety of positions including in product management, strategic sales and business development for the U.S., EMEA and Asia Pacific markets.

Delta Controls is the benchmark for Smart Building manufacturers, being one of the most respected organizations in our industry. We pride ourselves on our integrity, reliability, innovation and track record of our products and partners. At the root of our success is our people who use technology to create products that are simple, yet powerful enough to last, and we never compromise on quality. We care for the world around us, and we are proud to be a part of the integration upon which infrastructures and businesses are built. With a top-down view from the center of the room, the O3 Sensor Hub detects motion, sound, light, and temperature with new levels of accuracy. The O3 Room Controller is DIN rail mountable and combines modular I/O with room-level integration. The O3 is a complete solution that combines HVAC, access and lighting control in a modular system. It combines multiple protocols and I/O points in one unit. Follow Delta Controls on Twitter.

(4:00) What Does IoT Give a Building Owner or Manager?

(5:54) The Market Differences Between New Construction and Retrofit

(14:07) Commercial Real Estate is at an Inflection Point

(20:00) Multi-Use Offices and Hot Desking as a Growing Market Trend