ICYMI: 10 Companies That Caught Our Eye at MWC Americas

IoT For All
Home Internet of Things AI & ML
LIKE
13 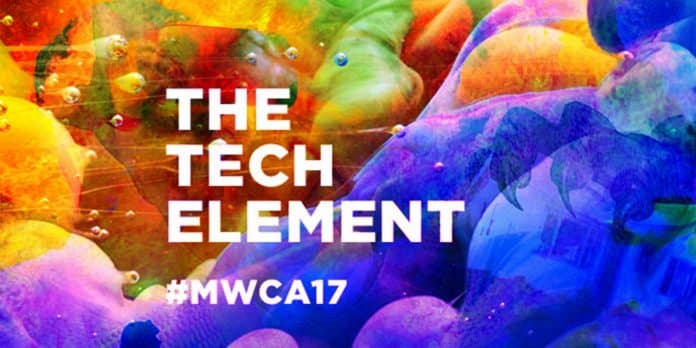 The IoT For All team had a great time at MWC Americas last week, along with 30,000+ attendees, hundreds of awesome companies, and a number of robots, too.

After three days in San Francisco and over 15 miles walked around the Moscone Convention Center, a few things were clear: LTE-M isn’t all it’s cracked up to be, AI is everywhere, and IoT has taken on a much bigger role in the last year. You can read our full recap of trends and takeaways here.

Where and how did we pick up on these trends? By talking to the people at companies, from startups to Fortune 500 executives, about what problems they are addressing, how they’re getting creative about solutions, and what they see when they picture the future of IoT and mobile technologies. Check out some of the cool companies we ran into.

The Silicon Valley R&D lab publicly revealed a number of world firsts at Mobile World Congress Americas including a first-of-its-kind haptic technology and a 10″ foldable tablet made from 3 magnetically attached phones using Nanoport connectors, streaming synchronized video across the displays.

Don’t worry, if you have never heard of the term “haptics” before you are not alone, it’s the mechanism that makes your phone or video game controller vibrate (of course there are many other uses). Below is a photo of their “TacHammer” haptic actuator that features a unique ‘magnetically balanced’ design that, according to their Director of Business Development, Daniel Koff, performs at parity or significantly better than today’s leading LRAs and ERMs.

The example he gave was “Imagine a mobile video game that lets you feel the tremor of rolling thunder, the rattling kickback of gunshots, or the shot pulsations of a beating heart” — which I actually had the opportunity to try at their booth, and it’s pretty darn cool!

Rrecently acquired by KDDI and a big sponsor at the event, Soracom has some exciting things on the horizon as they grow and expand. Their IoT platform is used by companies to enable smart cities, smart farming, fleet management and more. At one agriculture company, sensors are attached to the cattle’s head, and are used to monitor the health and mating patterns (wonder if the ‘sensor on the head’ look is a turn on or not), among other data, of the cattle. The company uses Soracom in their gateways to manage data transmission over large distances.

Housed in the 4YFN village among other startups was Biggerpan. The company developed Ulli, which is a mobile-first web browser that uses predictive AI to recommend the most relevant content and actions for users based on the context of their current navigation. The goal is to reduce friction around mobile web navigation in order to deliver a user experience as enjoyable as that of native apps.

Imagine you are watching a trailer of a movie, Ulli can recognize this and present you related options on the spot, such as taking you to Fandango to buy a ticket, calling an Uber to take you to the theater, or even making a dinner reservations because who doesn’t want to do dinner and a movie.

The Wynd smart air purifier filters the air in a small space, taking out pollution, allergens and other detrimental particles floating in the air. The device comes in two parts, the filter and the sensor, which can be taken anywhere to measure air quality on the go. The sensor picks up particulate matter, such as allergens, tobacco smoke, bacteria, mold spores, and industrial pollution, all which you can see on the app.

For someone who lives in a small apartment, this was definitely one of my favorite products, and I almost bought one on the spot.

Smart city solutions were everywhere at MWC Americas. Ubiquia was demo-ing some of their smart city solutions as a member of the LoRa Alliance. The company oﬀers municipalities, utilities and broadband service providers a cost effective and expandable platform for deploying Smart City services. With Ubicquia technology, your neighborhood can embed streetlight sensors that detect threats such as gas leaks, radiation and gunshots, and alert appropriate response teams.

Cal/Amp helps streamline IoT deployments through innovative telematics technology. They had a number of interesting solutions for connected cars and trucks in the IIoT space, addressing an issue many companies have during their digital transformations – long-distance transmission of data. We found out from the experts that there are 5.9 million truck drivers in the U.S., and the industry is undergoing a major digital transformation.

Hands down, one of the most entertaining parts of the convention was walking around and trying out all the augmented and virtual reality games and head sets. TomTom led us through a virtual reality experience that gave us a glimpse into the future of automated driving, with updated traffic information to optimize your route.

Samsung teamed up with VirZoom, a stationary bike that connects to Samsung Gear VR and allowed users to engage in a number of different games. I participated in a bike race, took out enemy drones in combat, and rode a flying unicorn.

On the AR side, Meta Vision led us through an experience where we got to pull, touch, grab, and interact with different objects in our space. I had the chance to view, move, and touch a large, life-like diagram of the human heart, as well as a pair of Jordans, giving an interesting look into the future of shopping.

Did you come across any cool companies and technologies at the convention? Comment below!

How the Integration of IoT and 5G Is Set to...

What Shadow IoT Is and How to Mitigate the Risk

The Mindset and Insights IoT Needs From the Financial Services Industry

Toward Autonomous Drones Under $200