Amazon’s re:Invent conference concluded on Friday, and as expected, there were big updates to the AWS portfolio of services. In case you missed it, here’s a summary of all the major announcements that affect the IoT world:

Security: The Mirai attack awakened the world to the importance of security in IoT devices. AWS Shield is Amazon’s solution to mitigate security issues, specifically pertaining to DDoS attacks. It’s free, and covers 96% of most common attacks.

Mobile: Amazon Pinpoint isn’t directly related to IoT per se. It’s more of a marketing tool as it allows developers to send targeted push notifications based on other metadata. But I see applications with VR/AR products that enable targeted user engagement, improving user experience, and ultimately building out better IoT services.

Hybrid: AWS Greengrass and [email protected] bring AWS capabilities to Edge and Fog computing. The benefits and limitations of Cloud Computing were discussed by Calum McClelland in his #askIoT post. AWS is now letting developers decide which route to take.

Amazon re:Invent reassured to us that IoT is here to stay. The tech giants are providing more support and infrastructure for IoT products and services to succeed. The flurry of AI and GPU instance releases also reaffirm the continuing trend in 2016.

How Alphabet is Challenging AWS

If you read through this far, you now know a whole lot about AWS and their new services. But AWS has some serious competition as Ben Thompson discussed in detail earlier on his blog the stratechery. It’s a fascinating read, and an important thing to consider if you are planning on choosing between Amazon or Google’s cloud computing, AI, and/or IoT offerings. We summarized Ben’s analysis on how Google is trying to dethrone AWS in the future.

The market is realizing that IoT isn’t about “things.” The value is in the service, not the device as James Schaefer discussed in length in his Medium post. Perhaps Google’s bet on changing the rules of the competition to best products follows this logic. People can care less about the platform, if they are reaping the benefits of a good IoT service. Google arguably owns the most data and has the best machine learning tools. While Amazon still holds the lead in cloud computing, don’t be surprised if Google surpasses Amazon in the near future.

“Technology has failed to solve many real-world urban challenges, and policy has failed to capitalize on the full potential of digital innovation. Cross-cutting problems require integrated solutions, ideally at the scale of actual communities. And yet there isn’t a single city today that can stand as a model for our urban future.

Whatever we do, we know the world doesn’t need another plan that falls into the same trap as previous ones: treating the city as a high-tech island rather than a place that reflects the personality of its local population. With this holistic vision in mind, our labs will continue to stress-test our hypotheses about the role of technology in cities. There are no magical fixes to tough urban problems. Anything we try will require lots of discussion, refinement, and adaptation. Responsible innovation at the city scale requires self-reflection and a willingness to make adjustments based on local feedback.”

– “Reimagining cities from the internet up” by Daniel L. Doctoroff

A year ago, Larry Page and Daniel Doctoroff started Sidewalk Labs to reimagine future cities: one where “ubiquitous connectivity, social networks, sensing, machine learning and artificial intelligence, and new design and fabrication technologies” will bring new urban innovations. This week, Daniel detailed his findings in a Medium post, admitting that there remains many questions to be resolved.

Daniel’s view of connected cities are more optimistic than the dangers of smart cities discussed by Calum McClelland in his post last month. Security and privacy concerns aside, Sidewalk Labs plans to build several labs to prototype and study how future cities would look like:

Sidewalk Labs is making a tangible effort to prepare for fundamental changes that IoT will bring to urban life. And as he mentions in his post, the direction of the future relies on the integration and collaboration of governments, tech companies, and most importantly communities of people who will live in these cities. 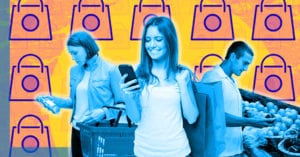 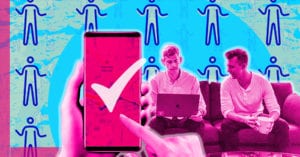 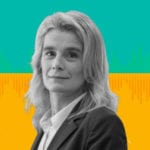 Technology IoT For All June 2, 2020
From smart cities to the banking industry, security issues exist in all different types of IoT devices. With smart technology, we can identify and resolve security issues.

Technology Zerone June 1, 2020
The relationship between big data and IoT is one of symbiosis, where seamless IoT connectivity and consequent big data capture and analysis can help enterprises in having a higher level of understanding to further their prospects.