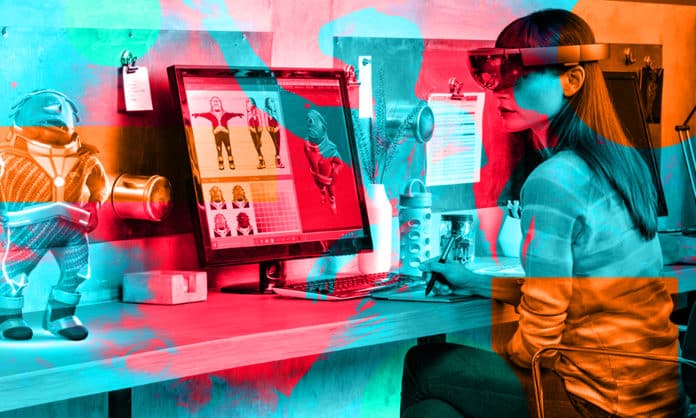 It should come as no surprise that, as augmented reality expands into consumer markets, technology companies are shuffling to stake their holds on valuable territory. It should also, then, come as no surprise to see Google cleverly time their ARCore announcement with the upcoming iPhone 8 release from Apple.

AR, or augmented reality, is the combination of real and virtual images in realtime. Given the application and technology is available to you, you could superimpose a giant squid into your refrigerator. I don’t know why you’d want to, but you could. More useful options, such as IKEA’s app allowing you to view their furniture in your home before purchase, are also available.

The viewing of AR is typically done via a device. While augmented reality glasses are being developed by different companies at rapid rates, there are still no large contenders on the mass-consumer front. Thus, we currently rely largely on handheld devices, such as a smartphone or tablet, to view AR overlays on our world.

What are ARCore and ARKit?

While augmented reality may sounds amazingly, mind-blowing, off-the-charts cool, it can’t be until we have content.

Pretend you have a smartphone—any smartphone. Now, pretend you have apps on your smartphone (I know, I’m asking a lot from your imagination). Ask yourself a question: who made the apps? Did Apple make Angry Birds? Did Google Pixel make Groupon? Of course not.

In fact, aside from the mandatory functional apps hardwired to your phone, every app you download likely has a different company behind the creation. Perhaps, if you’re super daring, you’ve even downloaded an app from an independent programer.

ARCore and ARKit are the ways independent programers and companies can create augmented reality for your smartphone. They are not “the apps,” but they are how one would “create the apps.”

So, if you’re still insistent on sticking that giant squid into your refrigerator, it’ll likely be a function created in something similar to ARKit or ARCore.

How do ARCore and ARKit Compare?

So, we finally have a full-on duel between two tech giants in the AR consumer space. Yes, there are countless businesses out there developing AR technology, but when the big boys, such as Apple and Google, directly challenge each other in nearly identical spaces within the augmented reality field, everyone should get excited.

As of now, let’s see how they compare:

While it may look like these lists favor ARCore simply due to the length and added explanations, this is not the case at all. You didn’t need to learn the same terms twice. But, by reviewing the lists, we see how very similar the products are.

If we’re looking for differences, aside from the minute ones of how a particular interface works or between Android Studio and SceneKit, then there’s really only two major comparisons worth mentioning:

The Timing of ARCore Announcement is Key

Back in June, at WWDC17, Apple announced the launch of the ARKit. At that time, Google’s only real claim to fame in the AR battle was with Google Tango. While the platform looks beautiful, it does not offer the same capabilities as the ARKit, and it is only supported on a limited, rather uncommon handful of devices.

ARKit, however, came forward to boast about the new technology being applied to the future iPhone launch in the fall.

If you’re not in the AR loops, and you don’t track the status of the technology on a daily basis like a super-obsessed fan, you may have missed or overlooked this announcement. It was hardly at the top of anyone’s “leaked new iPhone 8 feature” lists.

In fact, even as iPhone announces the new model 8 launching on September 12 of this year, you have to search for the tie-in to ARKit. You must wade through the screen specs, battery life, colors, materials, and operating system before you find references to the 3D sensing camera and holographic capabilities.

There are definite AR advancements with the new iPhone, pertaining to recent benefits from launching ARKit months earlier (allowing for people to start creating content). They’re just not the phone’s main selling points yet, as consumers have yet to find AR a useful tool.

However, when Google announces ARCore within hours (at most, days) of Apple releasing the iPhone 8’s launch date, we can see this AR space is one both companies are banking a lot on.

In June, Apple used ARKit to virtually throw a glove down and challenge the “android nation” to a duel.

While we’ll never know for certain what Apple’s marketing strategy for the new iPhone may have looked like, Google has effectively taken the “we’re the first ones with holograms and AR” off the list of options.

This ARCore vs. ARKit competition will benefit us all. As Google and Apple compete for consumers, they will have to consistently side-step each other while presenting bigger and better options. This is the type of competition that makes consumers happy and products better.

So, hang onto your leiderhosen and get ready for a full-on consumer-based battle. Things just got very real.

4 Promising IoT Use Cases in Agriculture