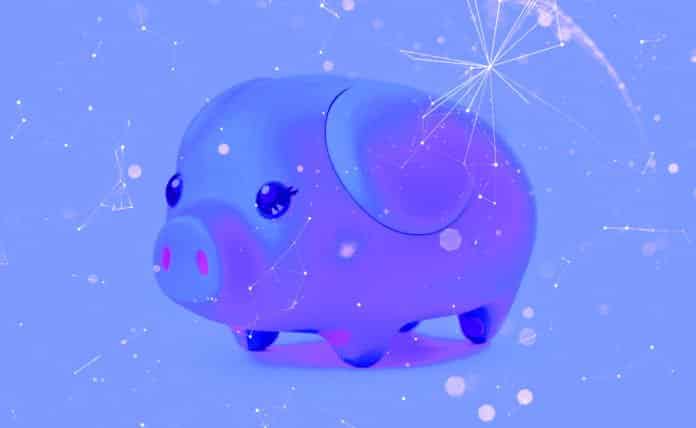 Since the beginning of 2018, a few reports and articles predicting the next boom in the tech world mentioned that the Blockchain Internet of Things might be the next key development. Moreover, by 2019, 20% of all IoT deployments might have basic levels of blockchain services enabled.

As of today, the most pressing challenges of IoT have to do with security (ensuring data privacy, the safety of the data storage) as well as the issue of integrity (data continuity and compatibility of various types of data interaction).

It goes without saying that the further extension of IoT into various areas of our lives will lead to an increased interconnectivity. At the same time, servers that are being used for data transmission between network devices are more likely to become a weak link in terms of both productivity and reliability.

Unlike the typical database placed on a centralized server, blockchain technology is decentralized, distributed among a large number of network users, and, therefore, provides no ways of interfering with its operations.

Blockchain technology is capable of stabilizing the performance of complex IoT systems ensuring its information safety and authenticity by quickly and safely storing the exchange protocols and the results of operations of various devices in its decentralized system. The distributed architecture of blockchain allows for the higher security: Even if some of the network devices were hacked, it will not affect the performance of the entire system.

To actually become wide-spread, IoT systems need secure P2P networks that can reliably transfer information between all devices and participants. Blockchain can help develop IoT by tracking the history of each particular device saving all data concerning the interaction of this device with people, the network, the outside world as well as other devices in an individual blockchain. 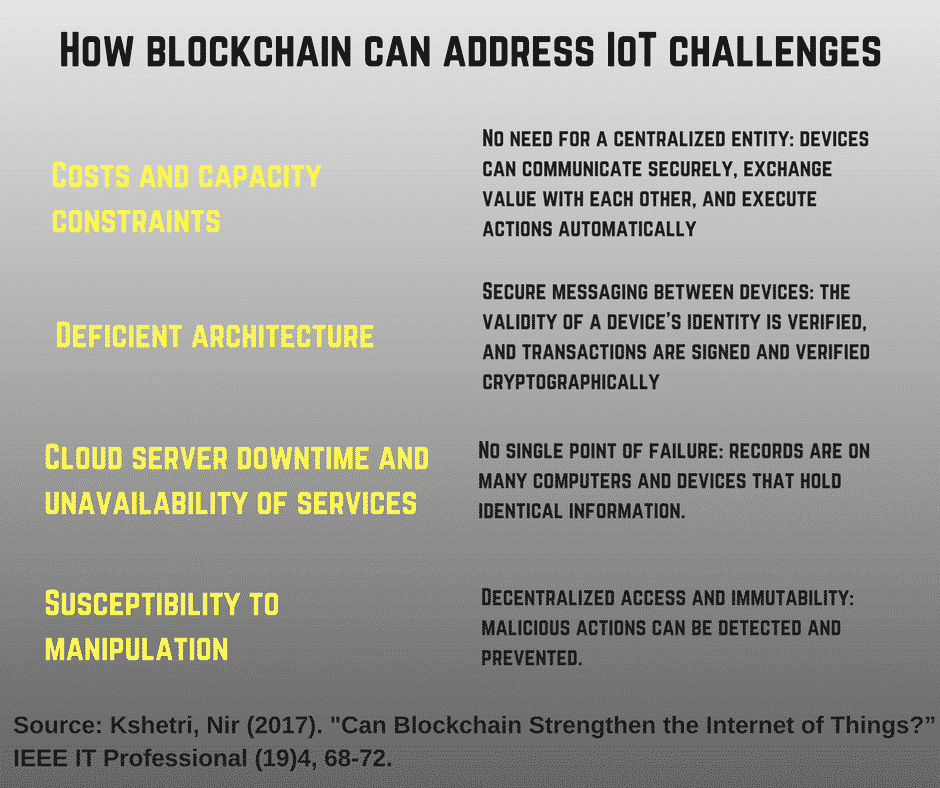 Perhaps, banking and financial sectors are the ones leading the implementation of blockchain technology and IoT, leveraging this tandem to protect payments integrity and credit card data. Several companies are already leading initiatives to integrate blockchain into their production and supply chains.

For instance, IBM is using its large cloud infrastructure to provide blockchain services for tracking high-value items as they move across supply chains. However, there are many (and growing) spheres where blockchain could help introduce IoT: smart energy, enhancing trust in social networks, cyber frauds, and cyber attacks, logistics, verification of serviceability of various services, authentication management, and many others.

Combining blockchain and IoT also form a new concept – “programmable economy”. According to Gartner, “success or failure with IoT will only be achieved via the development of a new economic platform and monetary operating model. Monetized ‘things’ will, therefore, redefine the economy.” The programmable economy based on the combination of “smart” technologies and distributed computing resources can contribute to a significant transformation of the global economic system with new value exchange and new types of markets.

A Beginner’s Guide to Securing Your IoT Devices

The Missing Ingredient in Building Valuations

Customer Centric IIoT Projects are the Key to Success

IoT in the Workplace: Smart Office Applications for Better Productivity