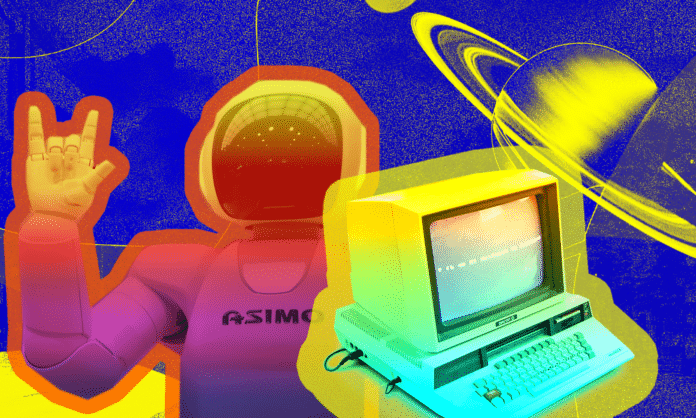 At Smart Cities Week 2018 in Washington, DC, Ernst & Young (EY) sought to spark the imaginations of city planners, technologists in the smart city space, and yours truly. They partnered with BTS, which creates simulations for businesses, to create the “EY Future Cities Simulation,” allowing us to understand through a 4-hour gamified experience what it’d be like to transform a straining metropolis into a smart city called “Futupolis.” This article is your EY Future Cities Simulation recap. 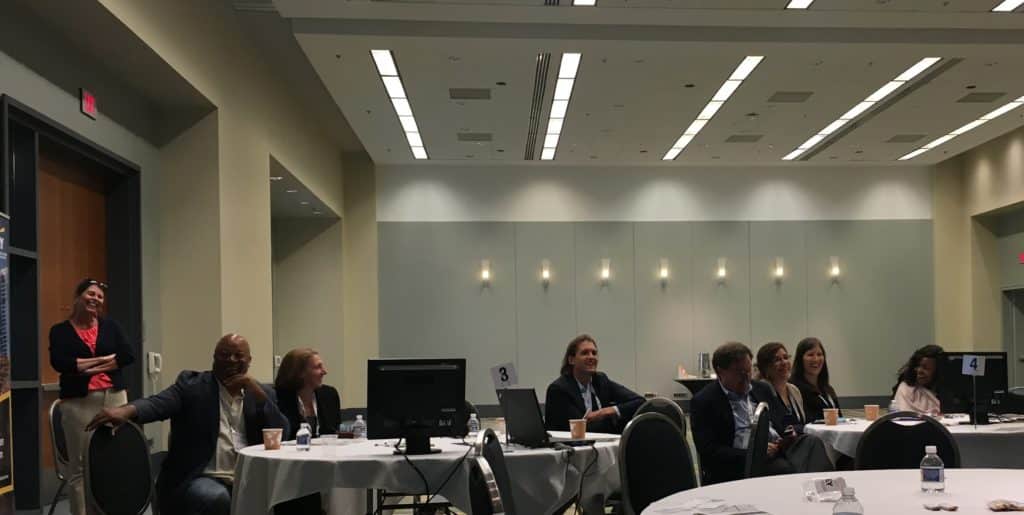 My team apparently “won” the gamified simulation. My takeaway? Creating a well-balanced smart city is a lot harder than playing The Sims, and it requires a lot of lateral thinking. Throughout the simulation, we had to balance a budget and also make strategic investments in digital and physical infrastructure, dealing with the growing pains of the city all the while. 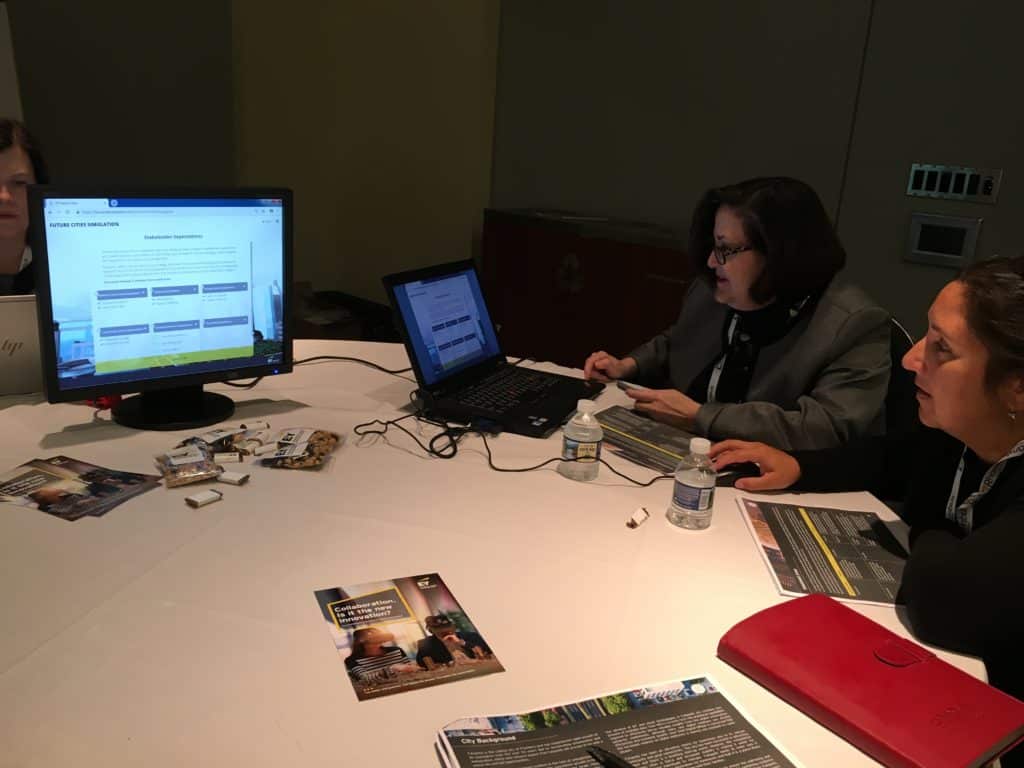 A Confluence of Old and New Technology

I walked into a high-ceilinged room. As high as the ceilings were, each of the eight circular conference tables featured a decidedly low-tech simulator: an ancient, small monitor connected via VGA to an old laptop, which ran BTS’s content-heavy, form-light simulation program. Most of the participants—divided into teams of four-to-five—were at least middle-aged and didn’t seem too sure of their way around the computers or the simulator interface. 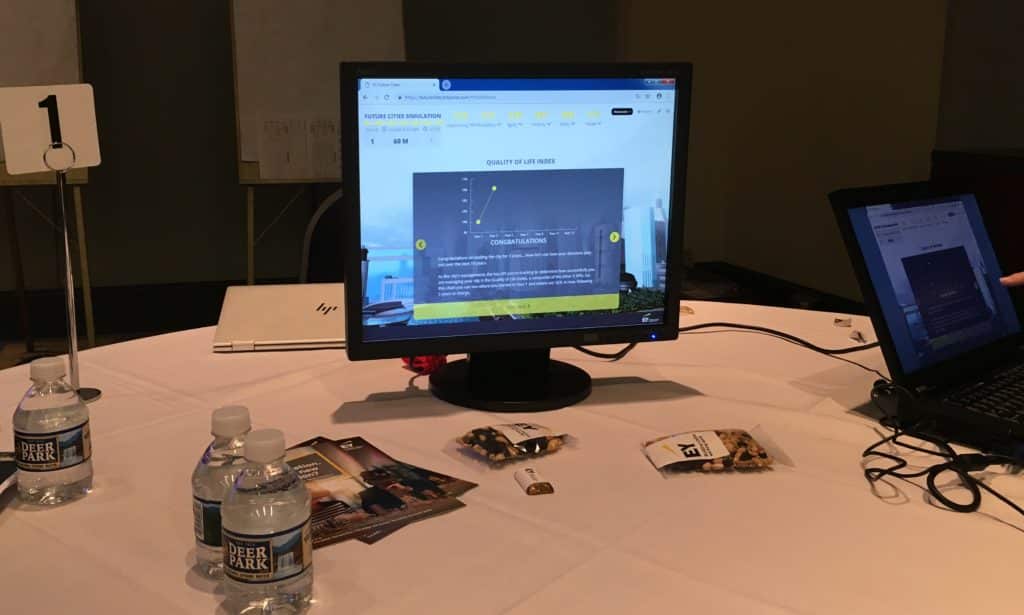 The fraught collision of old and new resonated with the need to reconcile past, present, and future infrastructures and social processes in the ongoing, iterative collaboration that is a smart city. We regularly had to make a decision with which city planners are no doubt used to wrestling: under budgetary and time constraints, how much should the city retrofit older infrastructure, and how much should it invest in new infrastructure? Smart cities aren’t created in vacuums. They’re daring attempts to architect a “new” city in harmony with what’s already there and what may be there in the future. Besides, going super high-tech isn’t always the answer. Not everyone slides into and out of an Oculus as easily as my twenty-something peers. One of the EY consultants explained to me that when EY has tried to do these simulations in Singapore on fancy iPads and VR setups, the older city planners from abroad spend more time trying to figure out the technology than the simulation.

“Smart” urban development is always a tradeoff, and we were constantly second-guessing ourselves in the simulation. BTS and EY framed the simulation with some wise words the Cheshire Cat said to Alice: “If you don’t know where you’re going, any road will take you there.” Hence the importance of collaboration and strategy. 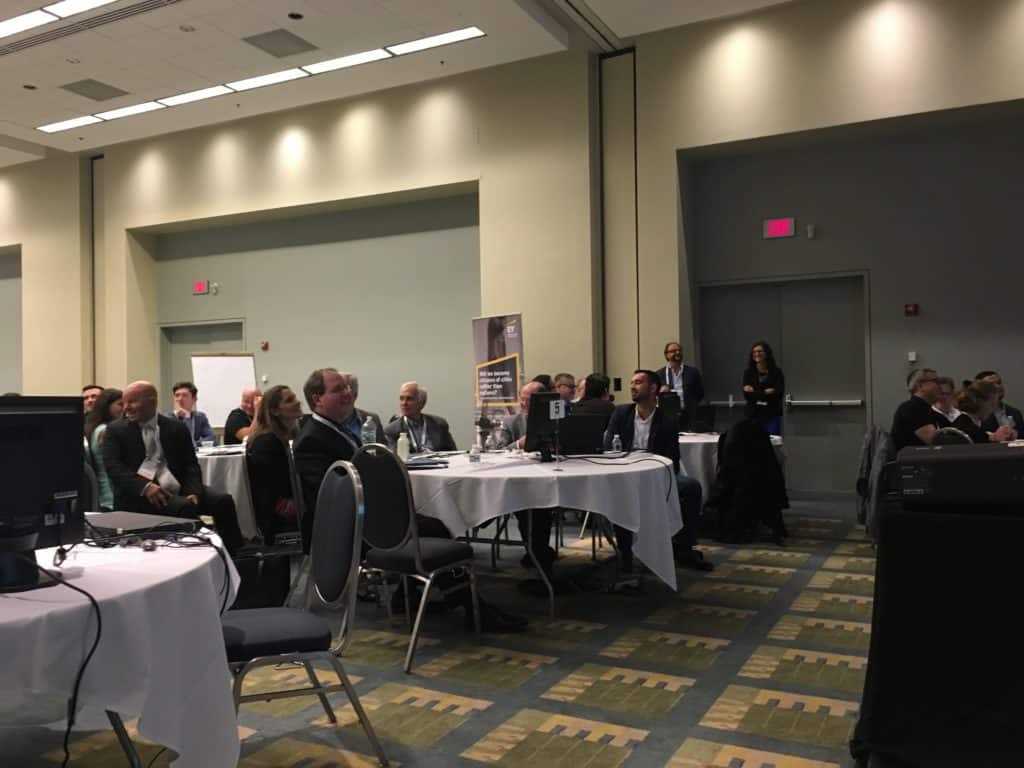 Immediately after quoting the Cheshire Cat, the hosts asked, “How do cities that have been around for hundreds or thousands of years go about making a strategy?” The entire simulation had begun with a high- and low-level strategy planning session at each table. What were our KPIs? What was our primary objective? The key measure BTS used to rank each group during the simulation was “citizen quality of life.” But we had to define both what “quality of life” meant and how we planned to manifest it.

It was probably by design that each table had a representative sample of many of the stakeholders that would collaborate on a smart city project:

ICYMI: 10 Companies That Caught Our Eye at MWC Americas

IoT Security – Why We Need to be Securing the Internet...