IoT For All
Home Internet of Things Connectivity
LIKE
2 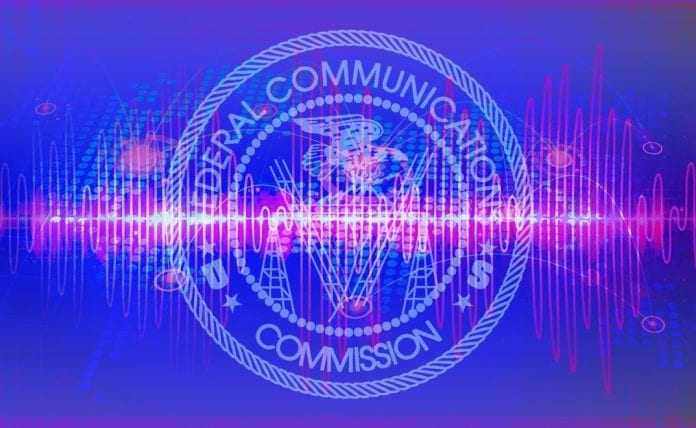 In everyone’s favorite classic movie, the seemingly “Great and Powerful Oz” was revealed to be nothing more than a charlatan with feet of clay when a little dog pulled back the curtain that separated the Wizard from the outside world.

For IoT equipment suppliers, the Federal Communications Commission (“FCC”) is turning out to be the Wizard of Oz in reverse. This agency, which is publicly stating its intent to foster the growth of IoT, is quietly imposing brutal penalties on suppliers that don’t comply with its equipment authorization and marketing rules.

In a recent release, the FCC took the unprecedented action of threatening to prohibit non-compliant radiofrequency (“RF”) equipment suppliers, including IoT suppliers, from marketing their devices in the U.S.

On May 23, 2017 the FCC issued an Order and Consent Decree, imposing a steep fine and other penalties on an RF equipment manufacturer who failed to comply with the FCC’s testing and authorization rules before marketing its product.

A complaint was filed with the FCC, alleging that the devices caused interference to radio transmissions. This resulted in the FCC commencing an investigation and enforcement action against the manufacturer.

In an attempt to mitigate FCC sanctions, the manufacturer agreed to proactively comply with the FCC’s RF equipment rules. The parties subsequently agreed to a consent decree to resolve the case.  Specifically, the FCC agreed to terminate the investigation in exchange for the manufacturer agreeing to pay $90,000 to the U.S. Treasury and implement a rigorous compliance program.

The FCC’s sanctions against the manufacturer are not unusual. The FCC often imposes steep fines (often running into six or seven figures) on non-compliant RF equipment suppliers, and requires them to take steps to comply with the rules going forward.

What is unusual is the warning the FCC issued to RF equipment suppliers that market unauthorized equipment in the future.

In the third paragraph of the Order, the FCC states: “In the absence of material new evidence relating to this matter, we do not set for hearing the question of [the manufacturer’s] basic qualifications to hold or obtain any Commission license or authorization.”

This is a critical development that affects all IoT suppliers that market their devices in the U.S.

Because virtually all devices that generate RF energy (including transmitters, readers, and sensors) are subject to FCC authorization before they can be marketed, the FCC’s statement is an assertion of its authority to effectively prohibit non-compliant IoT equipment suppliers from selling their equipment in the U.S.

Hence, this case underscores the importance of IoT manufacturers and vendors fully complying with FCC rules prior to marketing their equipment.

Intentional radiators are authorized via the certification process. A certification is issued by an FCC-authorized Telecommunications Certification Body (“TCB”) based on representations and test data (illustrating compliance with the FCC’s RF emissions limits and other requirements) submitted by the applicant.

Any entity seeking to obtain certification of an RF device must comply with detailed FCC technical and administrative requirements. The certification and testing information is publicly posted on the FCC’s website.

Unintentional radiators are authorized by one of two “self-authorization” procedures: verification or declaration of conformity (“DoC”). These procedures are similar; they require the responsible party to submit prototypes of its device to an approved laboratory for testing to ensure compliance with the FCC’s rules.

If the device passes the test, the lab will issue a verification or DoC. The party doesn’t submit the authorization to the FCC, but must retain it and turn it over to the FCC if requested.

Regardless of the type of authorization, all RF devices must be properly labeled as compliant with the FCC rules before they’re marketed. Different labeling requirements are imposed, depending on the type of equipment.

The party seeking authorization—typically the manufacturer, vendor or importer—is the party responsible for ensuring compliance with the FCC’s rules.

Historically, if an RF device was marketed without proper authorization or was otherwise in violation of the FCC’s rules (including improper labeling or failure to label), as illustrated above, the responsible party would be subject to substantial monetary forfeitures, and other sanctions.

The most severe penalty the FCC has imposed on an RF equipment supplier was to order it to take its unauthorized equipment off the market. The FCC also ordered vendors to stop selling that equipment.

By stating on the record that it could “de-authorize” RF equipment suppliers, the FCC has given notice to non-compliant suppliers that they could be banned from ever legally marketing their products in the U.S.

It’s critical for IoT equipment suppliers to take steps to ensure continued compliance once their products are on the market, even if they were properly authorized. The FCC requires TCBs to conduct post-market surveillance on at least five percent of the RF equipment they have certified.

This surveillance is intended to ensure that marketed RF equipment conforms to the technical parameters of the equipment that was tested and authorized. TCBs conduct surveillance by obtaining sample RF devices on the market, measuring the technical characteristics, and comparing them to that of the prototypes that were authorized.

If the marketed products are not FCC-compliant, the TCB notifies the FCC, which then conducts an investigation. Responsible parties whose RF devices are under surveillance must, upon request, provide the investigating TCB with a sample RF device or vouchers to purchase any sample device it wishes.

Know How the FCC Works – Your Business Depends on It

“Come back! Come back! Don’t go without me! Please come back!” Dorothy cried out as the Wizard of Oz’s hot air balloon goes off without her.

The Wizard replied, “I can’t come back, I don’t know how it works! Good-bye, folks!” And the Wizard sailed off into the stratosphere, never to return to Oz.

FCC rule compliance is more important than ever.

Additionally, any supplier that’s the subject of an FCC investigation that can show it has adopted best practices will probably avoid suffering the worst of the FCC’s penalties.

All IoT suppliers should understand how the FCC works and the most efficient means of complying with the rules. Suppliers that don’t understand or willfully ignore the FCC’s rules could suffer a fate similar to the Wizard’s, i.e., exclusion from the U.S. market.

The Possibilities and Limits of Space-Based Radio and Optical Communications

How IoT Can Improve Both UX and ROI in Automotive Retail

How 5G Will Empower a New Era of Manufacturing

5G and IoT: A Beautiful Noise

7 IoT Platform Vendors to Watch Out For

What is Prescriptive Analytics?