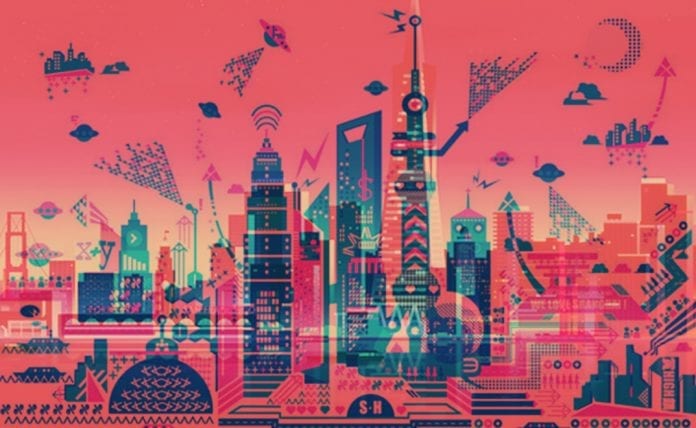 Figuring out how to make a smart city can seem like a daunting task. It’s a whole city! One answer is to start small, with small-scale smart city projects that require small budgets. You don’t need hundreds of thousands or millions of dollars to get started, even though those eye-popping numbers often show up in shiny municipal magazines.

Whether you are a mayor, a municipal employee, or a voting citizen, it can be helpful to know where to start in transforming your city or community. Here are some ideas that are being put into practice right now across the world, helping citizens save money, time, energy, or all of the above.

In 2008, Philadelphia started installing BigBelly solar-powered trash compactors in their city. They started with an installation of 470, and started adding more year-by-year, growing that number to 900 by 2011.

BigBelly operates for a week on the energy it takes to make a pot of coffee, and they hold about five times the volume of ordinary trash receptacles, requiring only 1/5th the number of trash truck pickups and send alerts when they are full.

Philly claims to save $800,000 per year on trash pickup thanks to these cans.

These smart trash compactors alert operators when they are full, so perfect candidates for pilot programs would be sites where trash is often overflowing at pickup or where many cans are required. Each trash compactor costs around $4,000, so there would be a relatively low cost to getting a few to evaluate.

Of course, BigBelly isn’t the only game in town. Pittsburgh is lining up to buy 500 smart trash cans for $580,000, which equates to $1,160 per can. Using Pittsburgh’s numbers of 100,000 wasted hours checking 1,200 trash cans, some back-of-the-napkin math reveals that city workers spend about 83 hours a year checking each empty trash can. Assuming one waste management employee’s hourly wage is about $19 per hour, this equates to at least $1,577 in time saved by these smart trash cans per year.

While waste isn’t sexy, with low up-front costs and easy installation of new bins, it can be a great place to start to become a smart city. Starting a pilot program with ten bins would be a great way to evaluate various platforms and see which trash can is your treasure.

Los Angeles is all in on smart street lighting, having replaced over 80% of 215,000 streetlights with smart LED lighting. They’re saving $9 million in energy costs annually and there are many auxiliary benefits as well.

Because of the reduced load on the electrical grid, they have the capacity to install EV charging stations. Smart poles are also being installed, with 4G LTE cell technology in each one, broadening the cell range.

Additional benefits compound. Smart lights allow automatic alerts of when they go out and can provide platforms for camera installations and WiFi hotspots. They can also have solar panels attached to save even more energy. While each of these add-ons can increase initial cost, doing a one-time upgrade to future-proof lighting can make good sense.

As for that break-even point, that’s based on the $57 million installation cost of the entire Los Angeles project. Costs for LED lights have been slashed in half since they began installing LED lights in 2008, so expect the break-even point to be even less now in 2017.

Connected LED street lights can easily be deployed in a pilot program, with one neighborhood to start. Los Angeles is using Philips bulbs and their CityTouch platform. With residential fixtures starting at about $100, expect to outfit a street with ten lights (including installation) for about $1,500 in a small pilot program.

If you’ve ever watched an episode of Parking Wars, you know that parking is a touchy subject for some. Taking some of the guesswork out of parking can make the whole affair a little less personal for drivers as well as parking enforcement officers. And, it can make your municipality a bit more spending cash in the process.

Portland, Oregon saw an increase of more than $2 million in parking revenues between 2002 and 2005 when it replaced 7,000 meters with smart meters. For those doing the math at home, that’s about $71 in additional revenue per meter. More than just accepting credit cards, meters are getting smarter than ever.

Now they’re able to detect when a vehicle has left the space and can zero out, they can send alerts to user’s phones when their time is about to expire, and many interface with an app to show drivers in real time where empty spaces are located.

While motorists certainly won’t be happy to hear they’re paying more, many of those dollars likely come from those who are trying to save a buck by letting their time expire. Indeed, those increases in revenue are likely offset by decreases in parking citations.

But let’s not forget the true purpose of those parking meters in the first place: to make parking more fair and equitable, and use the revenues to improve services. Ultimately, smart parking meters help facilitate these goals. To install ten of these smart meters in a pilot program, it would require an initial investment of about $15,000.

There is no clear dividing line between a city and a smart city. By implementing a few technologies that are low-hanging fruit, and reducing risk by making small investments in pilot programs, cities can ease their way into becoming “smart.” Waste management, street lights, and parking meters are just a start.