How to Protect Against Drones 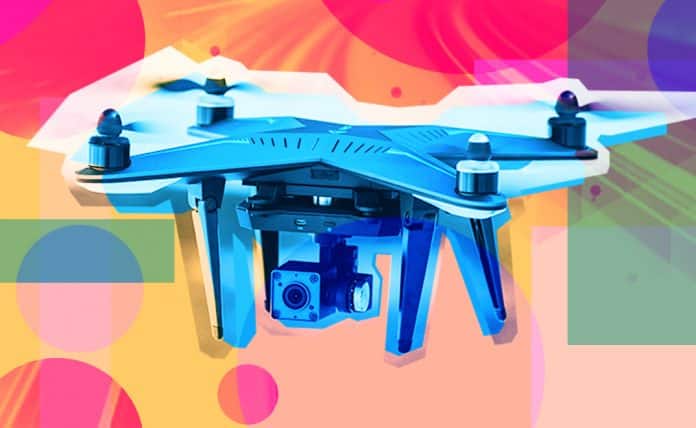 What do you get when you give a couple of Finnish farmers a drone? Apparently, a flying chainsaw.

Let that sink in for a minute.

This chainsaw drone exemplifies growing concerns as drone use is becoming more widespread.

Drones have been hailed as the future of IoT as they promise huge benefits to multiple industries including agriculture, healthcare, and distribution services. They also serve as an excellent aerial range extender for IoT communications systems that are optimized for line-of-sight transmission.

But, as is the case with many promising technologies, drones also pose a serious threat to security and privacy. If we learned anything this year in IoT, it’s that security shouldn’t be overlooked when developing new technologies — just look at what Mirai did to the Internet. Already last year, someone from Connecticut demonstrated how easy it is to attach a gun to a drone, sparking new debates on drone safety and regulations.

So this week, we look at some research and current work in our quest to defend against malicious drones. You could always shoot a drone down with your shotgun, but to those of us without guns or for those who don’t want to face prosecution for discharge of firearms in public areas, here is a list of alternative protection measures:

Both the Tokyo police and the Human-Interactive Robotics Lab at Michigan Tech are using nets to catch smaller hostile drones. The idea is very simple: shoot a net or lure a drone into a net, entangling it.

DroneDefender jams GPS and ISM radio frequencies that control drones. This electromagnetic field gun can safely bring drones down to the ground. However, it’s not commercially available yet, and radio jammers are illegal in the US.

Pros: Non-destructive, longer range (~1,300 ft)
Cons: Not authorized by the FCC and not for sale

*** If you want a more powerful anti-drone radio jammer, look at DroneShield’s DroneGun that can disable signals from 1.2 miles away.

DroneShield’s Omnidirectional Sensor and Long-Range Sensor can remotely detect drones that are undetectable by radar. It collects acoustic data through weatherproof microphones and is said to be highly adaptable to various environments. DroneShield was used at the Boston Marathon last year.

If a hacker can hijack a $35k police drone from a mile away, the chances are that malware can be used to stop commercial and hobbyists’ vulnerable drones. Called SkyJack, the program autonomously seeks out, hacks, and takes full control of other drones. You can find this code on GitHub or find YouTube tutorials for other versions here and here.

You might have heard about the NoFlyZone — and no, we aren’t talking about the Denver Broncos secondary here. It was a service that allowed people to submit their addresses and put up a geo-fence to stop drones from trespassing their property. While NoFlyZone quietly shutdown, a new startup called AirMap is working with DJI and 3D Robotics to build better geofencing systems with live updates for temporary flight restrictions.

Sometimes all you care about is protecting yourself from drone surveillance. Cyborg Unplug is one company working to disable the camera, not the entire drone. The Berlin-based startup scans for wireless signals and shuts down unauthorized video and audio feeds.

This last option is military-grade. It shoots 2–3kW lasers to take down drones. The U.S. Military is already using these devices mounted on the Stryker armored vehicles. The Army also has a 50 kW laser, and the Marines have a 30kW laser mounted on a Humvee called Ground-Based Air Defense.

Pros: Extremely powerful, military-grade
Cons: Not for general use

As the drone craze continues, regulations and safety protocols are necessary to ensure proper use of the technology. We are finding ourselves in a new arms race. But just as we have prevailed over previous ground-breaking technologies, there’s no doubt that we can maximize the potential of drones if we continue developing with security in mind.

Autonomous Vehicle Technology Companies to Watch out For