IBM Research Announces the AgroPad IoT Prototype | IoT For All 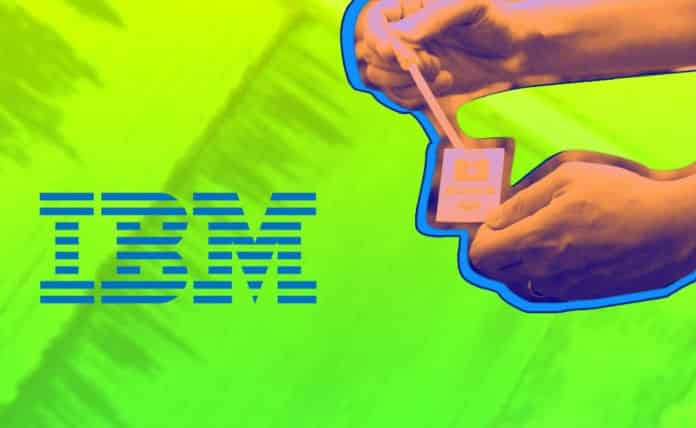 Small farms produce roughly 80 percent of the world’s food. Their crop health is crucial to our global food economy. Imagine the impact a storm could have on a small farm’s soil condition. Small-scale farmers can’t afford to leave crop health to chance. They need a method to test how much the soil has degraded due to the storm to determine how much to re-fertilize or re-mineralize the soil.

With current soil testing technologies, farms only have two options, and both are cost prohibitive for small-scale farms. First, the farm could pay an “agronomer” to gather soil samples and send them to specialized labs for testing. Small farms currently do this on average two to three times annually. The other option is to develop a proprietary system for testing the soil in-house, but that requires custom hardware, software, and capital that only larger farms have.

Enter the Brazilian IBM Research team. Led by Dr. Mathias Steiner, they have been developing the IBM AgroPad IoT prototype to serve farmers’ needs while attempting to disrupt the agricultural technology industry. They claim the prototype can provide deep insight into test samples from a low-tech paper test strip by leveraging a high-tech cloud platform replete with a nuanced AI algorithm.

The IBM AgroPad is still only a prototype—a creative IoT application but an unproven one. It remains to be seen whether IBM Research can even prove the concept and scale it, let alone disrupt agriculture. But if IBM is able to launch the solution, it could become invaluable for the small-scale farmers vital to our world’s food supply.

In practice, this technology would enable a small farm to test their soil on demand. The user would set out an IBM AgroPad paper test strip, fire up the AgroPad smartphone app, and upload a picture of the test strip into the app. Within moments, a cloud-based AI algorithm would tell the user exactly which chemicals their soil or water sample lacks and exactly how much they should add for their crops to thrive. The farm could then replenish the precise amount of nutrients required in each specific field (or even part of a field) for optimal crop health.

The IBM Agropad IoT prototype has three layers: 1) the paper test strip, 2) the smartphone app, and 3) the cloud layer containing the AI.

1) The Test on Paper

After putting a drop of water or liquid from a soil sample onto the back of the paper test card, areas of the other side of the strip would change color depending upon the chemical makeup of the sample. The app and cloud layer take it from there.

The idea of using a paper test strip—a surprisingly low-tech material—came after the team realized that their initial test material, a silicon chip, would be prohibitively expensive at scale for farmers. A small farm is likelier to buy a few hundred cheap paper strips than a dozen expensive silicon chips. That being said, the final price of the test strips is still unknown.

Like many IoT applications in agriculture (and IoT in general), the shift to paper transferred complexity from the hardware layer to the cloud. But it also required material and computer scientists to overcome the problem of running computer vision tasks on a dynamic paper chemical strip collaboratively. Paper presented an interesting, almost ironically low-tech materials issue the team had to overcome.

2) The Farm in Your Smartphone

Through the IBM AgroPad smartphone app, the user takes a picture of the soil-exposed paper strip. The app then sends the picture up to the cloud layer over cellular or wifi, and after a few moments of cloud-based image analysis, the user can read the test results right from their smartphone. And if service is unavailable in the fields, users can store the sample in the app for analysis once they re-enter a service area or connect to WiFi.

The app would automatically geotag each test locally and in the cloud. Since each test is stored in the cloud, historical data is available to users. The historical data also opens up the door to the potential for AI-driven insights into macro changes in a farm’s soil and water quality, leveraging thousands or millions of data points from prior tests and mapping them over an entire farm.

The AgroPad uses IBM’s cloud platform to integrate the two lower layers—the paper strip and app—with a cloud layer containing an AI algorithm (separate from IBM Watson). The AI can detect minute variations in the coloring on the reactive part of the test strip and return the test results to the app immediately.

Any farmer could use the sophisticated AI layer to map fertilizer concentration in a sample, compare it to historical samples if desired, and then predict the exact amount of fertilizer the soil needs to achieve an optimal level of those specific concentrates—all without agronomers, labs, or technical know-how.

'The #AgroPad uses IBM’s cloud platform to integrate the two lower layers—the paper strip and app—with a cloud layer containing an AI, which can detect minute variations in the coloring on the reactive part of the test strip.' Click To Tweet

Futures for the IBM AgroPad Elsewhere in IoT

One future vertical for the technology is water quality management. The same core AgroPad technology with a modified test strip could probably identify water quality problems and waterborne illnesses. The low-tech scalability of the paper strips could make the technology attractive to governments and NGOs operating in developing nations, natural disaster zones, and war-torn geographies.

The food and beverage industry is another vertical this technology could disrupt. It could be used to detect the acidity of oil or milk or the ph value of basically any liquid at scale without complex lab processes.

While the IBM team is not currently focusing on medical devices, this technology has a lot of potential in the field. With the recent success of telehealth apps like Calm, K-Health, and others, end-users could benefit greatly from the ability to test salivary or urinary samples for everything from immunological stress markers to sexually transmitted infections in the privacy of their own bathrooms. It could be a vital health monitor for regions with weak medical infrastructure.

A Matter of Scale

Steiner said the main obstacle standing in the team’s way is finding good manufacturing, agricultural, and chemical partners that can help iteratively test and scale the prototype. As mentioned above, the IBM team has yet to prove the concept. Once proven, scaling the prototype becomes the next challenge. For example, the team needs to find a way to produce massive quantities of the paper strips at minimal cost without a falloff in quality given how a small change in manufacturing could obscure the chemical analysis.

“We’re taking this from the lab to the field,” said Steiner. With passionate enthusiasm, he added, “We need industry partners who believe in the project whom we can trust.” The IBM AgroPad IoT prototype could disrupt a great many verticals, solving pressing industrial, economic, and social problems. Several obstacles must first be overcome.

Should I Prototype in the US or China? – Prototyping Tips...