5 Reasons to Use .NET for your Next IoT Project 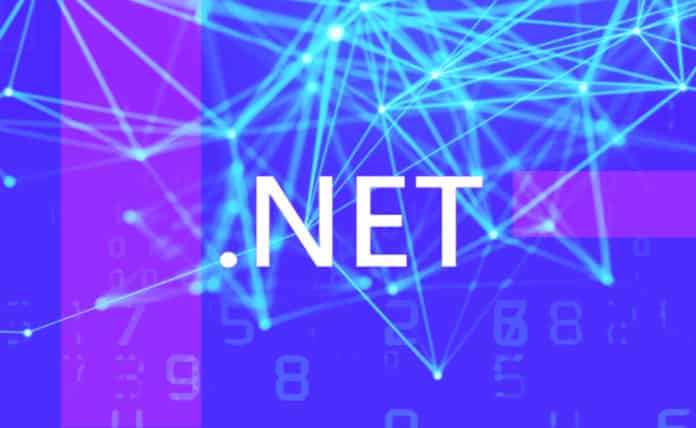 Roughly 10 years ago, when the Internet of Things (IoT) was in its infancy, only a small number of enthusiasts were exploring IoT development. Today, people are increasingly interested in IoT; some build their own IoT devices to use at home, while others use the Industrial Internet of Things (IIoT) to improve the effectiveness of manufacturing facilities.

The massive interest in building IoT devices in addition to the availability of different components has prompted the development of various platforms for creating IoT solutions. Some of these platforms are obsolete, while others are actively used today.

Microsoft’s .NET is one example of a veteran platform that can keep up with the trends in IoT development. Amazon, eBay, Dell, Accenture, and many other tech giants work with .NET because of its versatility and great performance—two extremely important traits for IoT software development. Let’s take a look at why the combination of IoT and .NET is so favorable.

Because .NET is available thanks to Microsoft, it makes sense that it’s fully compatible with Windows 10 IoT Core. The Windows 10-based operating system (OS) for embedded systems was released in 2015; it was designed specifically to run on low-power mass-market devices such as Raspberry Pi 2 & 3, Dragonboard 410c, and MinnowBoard MAX. And best of all, it’s free.

Windows 10 IoT Core comes with a handy toolkit and lots of integration options thanks to the Universal Windows Platform (UWP), alongside Visual Studio and Azure Cloud Platform.

.NET Core and UWP will help you to build awesome IoT apps for Windows 10 IoT Core with the bonus of a smooth and pleasant UX. True, you won’t be able to implement complex IIoT systems using Windows 10 IoT Core and some .NET, but at least you’ll have fun doing things like customizing the thermostat or hacking into your doorbell.

Unless you’ve been living under a rock for the last couple of years, you probably know that ASP.NET Core is a free cross-platform and open-source web framework. A very popular framework, we must say. It enables .NET developers to create compelling web applications with ease. It also applies to IoT apps. Having Windows 10 IoT and ASP.NET Core in your toolset allows you to build nice applications or background-running services and run them on your IoT device.

ASP.NET Core offers a rich toolbox, supports several programming languages (C#, Visual Basic, F#), fast deployment, has tough security, offers out-of-the-box performance, and enables easy cloud integration—just what you need for your next IoT project. In other words, the sky is the limit.

Speaking of skies, you’re free to choose any cloud platform for your applications—Microsoft Azure, AWS, Google Cloud IoT—you name it. ASP.NET Core is easy to deploy in a cloud, and you can even deploy an app with the exact same .NET runtime as the one you used during development. This means that you’ll encounter fewer strange bugs caused by environmental differences.

Microsoft Azure is rightfully recognized as one of the best enterprise-grade platforms available, and it works wonderfully for IoT users’ purposes. Microsoft provides an Azure IoT platform and IoT accelerators as well as data storage and recovery. Azure’s flexibility, interoperability, security, and analytics are all very important features for IoT developers.

This reliable and secure cloud platform offers a myriad of services. You can easily deploy your applications in the cloud in just a few clicks by setting up an application host or runtime in the Azure Dashboard. Microsoft’s top engineers are continuously working on Azure to add useful features and deliver necessary updates.

You will rarely encounter an issue with your code that hasn’t been raised and resolved somewhere on the Internet, which is why .NET encourages developers to save time and use ready-made solutions. So, if you’re having trouble with your IoT solution, chances are somebody has already solved it and published the code on GitHub or Bitbucket—they are just waiting patiently for you to hit that “Ctrl+C Ctrl+V” keyboard combination.

All jokes aside, big communities like .NET produce a great deal of reusable code. It can vastly speed up your IoT app development, and that’s not mentioning the .NET Framework class library. If the pesky deadline is tomorrow and you don’t have a solution yet, .NET may just be your only option for today.

If you’ve ever looked for an answer on StackOverflow, you know how important it is to have a supportive community that’s always ready to help you out. Luckily for us, .NET boasts just such a community. The number of developers working with .NET exceeds two million—that’s two million people who are ready to share their experiences and discuss challenging questions with you. Here’s why it’s better than the support line: in a community, thousands of professional developers with hands-on experience from all over the world can help thousands of their less-experienced IoT counterparts by answering questions quickly and offering several solutions at once.

Just like many other software development communities, the .NET community usually hangs out on StackOverflow and Github, where you can ask questions, search for answers, and find pre-written pieces of code. You can also find a number of .NET OSS (Open Source Software) projects from Microsoft and the larger community, including those who are part of the .NET Foundation. Plus, there are official .NET and ASP.NET communities from Microsoft as well as @dotnet—the main .NET Twitter account that you can follow so that you’re the first to get the hottest tips.

.NET has been on the market for a long time, and unlike many other platforms, this has only made it more advanced and popular. Its development services and an advanced toolset along with its open-source approach and strong community support make the .NET platform an amazing environment for creating IoT apps.

With .NET Core working on MacOS and Linux, nothing should stop you from bringing your wildest IoT dreams to life. What are you waiting for?

Technology Guest Writer February 26, 2021
Without better data pipelines, we can expect that our future responses to pandemics, such as the Coronavirus and other disasters, may also be disasters in their own right.

Technology IoTerop February 26, 2021
Reducing the cost, complexity, and time required to deliver secure firmware updates is possible with the help of the Internet of Things.