Net Neutrality and IoT: What Are The Implications? | IoT For All 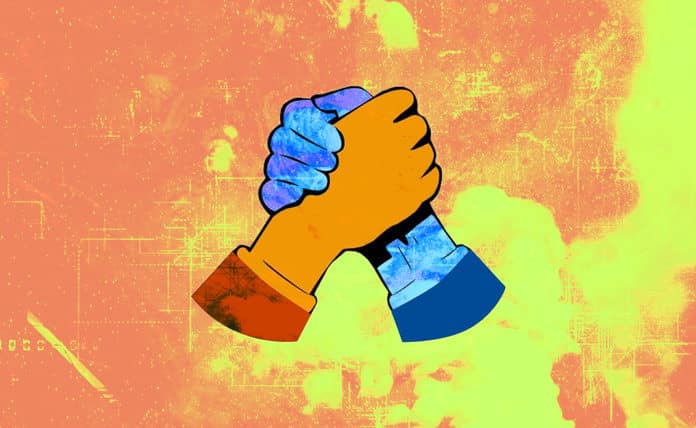 Net neutrality exists today to make sure that internet providers can’t possibly create “slow lanes” for competing services, mostly those that compete with the said ISP in the market of TV and streaming video services.

While President Obama was a huge supporter of net neutrality, things aren’t looking as promising with the current US administration. In fact, it’s almost certain that in the next couple of years net neutrality will cease to exist as such and when that day comes – the effects of it will be huge and not just for streaming services. One such area that is more than likely going to change with it is the Internet of Things.

In this article, we’ll take a look at the potential consequences that the removal of net neutrality will have on the Internet of Things.

While net neutrality and its potential removal are going to affect anything happening online, most of the communication between IoT devices doesn’t actually occur on the internet but rather on private networks.

While it’s safe to say that the development of IoT is unlikely to be slowed down by the impacts of net neutrality, it’s becoming more than clear that it will create an unequal playground where bigger companies who can pay to partner up with ISPs will push out smaller IoT startups.

Higher latency can play a huge role when it comes to which IoT companies will survive the disappearance of net neutrality. Imagine a situation where you want a smoke detector in a remote facility to send you a notification as soon as something happens. Having a bigger delay can mean the difference between minor damage and complete destruction of the facility. This would obviously be done because ISP’s will want certain devices (ones that they’re maybe even manufacturing) to work faster than competing devices.

Some people like Nathan Rockershousen, on the other side, claim the low amount of traffic that IoT devices generate won’t possibly be affected by any changes regarding the net neutrality.

However, most people that dwell on the Internet of Things industry disagree, citing the importance of real-time monitoring when it comes to IoT devices and the potential impacts that ISPs control might have on them. Regardless of the relatively small amounts of data that IoT devices transfer, their usefulness is almost completely tied to the ability to do real-time monitoring, claims Sce Pike, CEO of Iotas.

Some ISPs already have a history of blocking online wallets from companies they saw as competitors. Or should we mention the monopoly of some ISPs over cable hardware? It’s likely that, once the net neutrality is down, the giant ISP companies won’t hesitate to push their advantage and prioritize the devices from companies they’re partnering up with.

Since IoT is a huge thing right now and it’s only going to get bigger, chances are that ISP companies are going to find a way to control it one way or the other.

ISPs like Comcast are already working on their own smart home platforms and there’s certainly no lack of motivation to have their own devices work faster than particular gadgets from their competitors. While it’s unlikely they will prohibit users from using a competitor’s device, it will be for them to choose whether they want a fast or slow service. And once the ISPs get to decide which home assistants people are going to use, they will inevitably get the power to decide the winners in the Internet of Things market.

Imagine a situation where you’re searching for web design Sydney area and the only available result is the one that your ISP has a contract with. The possibilities for monopoly that come with the fall of net neutrality are limitless and there’s no denying that every single online business will be affected by it, one way or another.

While the FCC (Federal Communications Commission) wants us to believe that they will make sure that ISPs keep their promises, it begs the question – why end neutrality in that case at all? The same day that FTC (Federal Trade Commission) announced that ISPs will have to respect their promises, Comcast deleted their pledge of “no paid prioritization” from their website.

In the end, even if some form of ‘neutrality’ remains, the effects are still likely to be felt by smaller IoT companies. It’s likely that ISPs will require IoT companies to pay for the premium service if they want the prompt delivery of their data. While this isn’t going to affect the large companies, it’s almost certainly going to kill a lot of IoT startups that are just beginning to appear, as they won’t be able to afford the higher costs the ISPs will demand.

Net neutrality as it is today has allowed for the internet to be what it is. Many people claim that the very face of the internet will change once the net neutrality policy changes. Luckily, some countries like France are very unlikely to follow on US’s example, as under Macron’s rule they are looking to become a beacon of freedom, especially in Europe. Other countries that still embrace net neutrality are Netherlands, South Korea, Canada, Belgium, and Brazil.

Most countries that do look up to the US are likely to follow their example and end net neutrality as such, thus completely changing the market. The change isn’t only going to affect companies, though, as users are likely going to be paying higher prices once net neutrality ends as well.

Written by Nick Brown, a blogger and a marketing expert currently engaged on projects for Media Gurus.

IoT Offers a Fresh Solution for Tackling Food Waste in the...

AgTech – Not Just For Large Farms?

When Developing Smart Solutions, Should You Build, Buy, or Partner?

Don’t Wait For an Invitation to the Table: Secrets to Success...