What Will it Take for Smart Cities to Succeed? 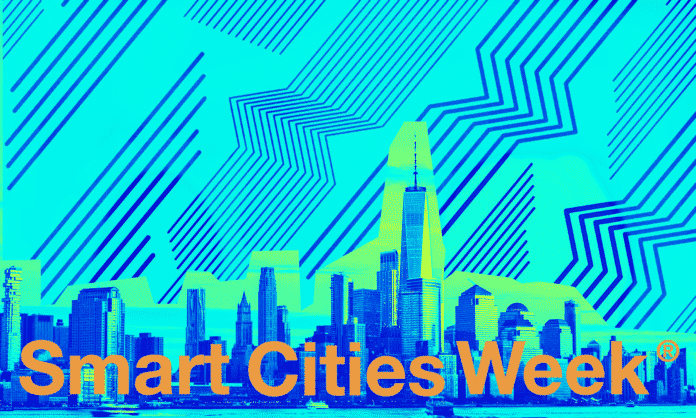 The fourth annual Smart Cities Week recently came to the DC area to bring together local, national and global experts to discuss the trajectory of smart cities adoption and the cities currently and planning to incorporate “smart” elements into their infrastructure. Smart cities are a relatively new concept combining human, collective and artificial intelligence to increase operational efficiency, share information and improve the quality of government services and its citizens’ welfare. IoT devices are becoming a necessary part of a smart city’s infrastructure. The technology assists in collecting data and solving new and existing challenges, including traffic congestion, energy usage, city planning, and safety.

At this year’s conference, many trends were discussed, but there were a few that stood out. 5G was front and center, as were Public Private Partnerships (PPP) and new collaborations between cities. 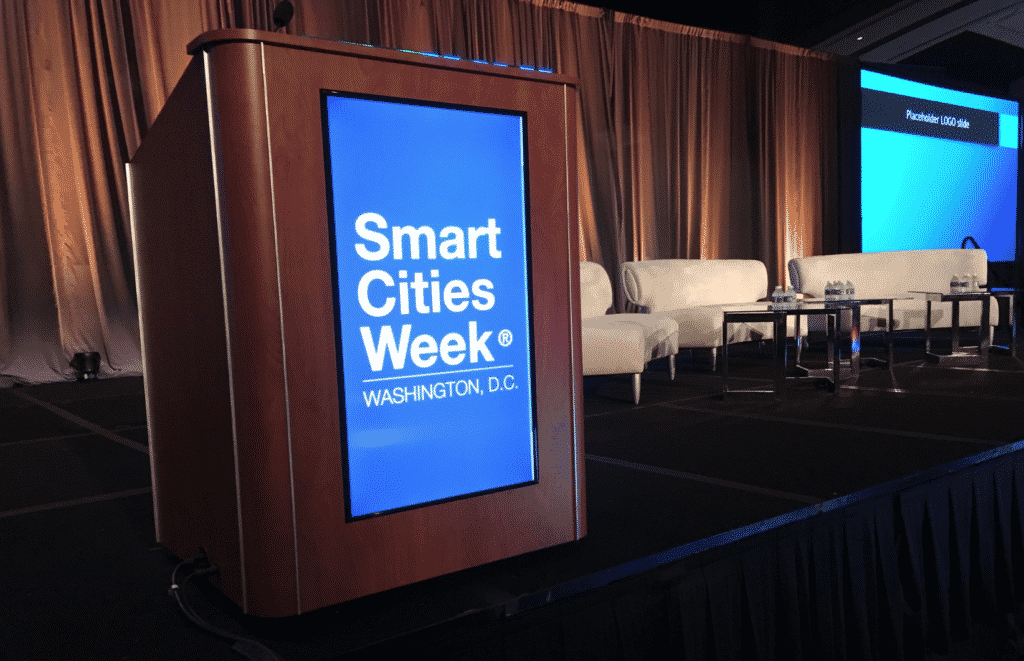 It was clear from the start of Smart Cities Week that connectivity and the importance of high-speed networks for the city of the future to succeed would be top of mind. Today, the majority of cities run on existing 4G, 3G and non-cellular wireless networks, which limit the number of connections these networks can support, their data carrying capacity and their data speed. For smart cities to succeed, implementing 5G will be necessary.

Peter Murray, Executive Director at Dense Networks and moderator at the Next Gen Connectivity session, asked the audience to guess the most connected area utilizing 5G in America. Can you guess? The most advanced 5G system is in Minneapolis. U.S. Bank Stadium, where Super Bowl LII was held in February 2018, advanced the city’s connectivity beyond any other. Many more cities across the country are now trying to catch up.

Keep in mind that smart cities will thrive based off of their digital infrastructure. It will take an autonomous vehicle running on 4G four times as long to reach its destination as one running on 5G. Current 4G networks are fast enough for us to share status updates or share photos, but 4G doesn’t have the ability to give vehicles the equivalent of human-like reflexes via high-speed connectivity to prevent accidents.

Autonomous vehicles are just one example of the technologies 5G will empower. Virtual reality (VR) and artificial intelligence (AI) in smart cities are waiting for the next major breakthrough, but without a network that can support massive amounts of data, this won’t become a reality. 5G eliminates those bandwidth and latency issues. AT&T and Verizon have started to deploy 5G in various cities across the country, laying the foundation for future connected infrastructure.

The amount of private investment can heavily impact whether a city becomes smart or not. These PPPs are the first step in engaging an existing ecosystem that can adapt into a smart and connected city. Building and putting together the technology necessary to develop a connected city is the easy part according to Frank Johnson, Chief Digital Officer and CIO for the Baltimore City Office of Information and Technology. Effectively bringing together the people and investors—and agreeing on plans—is what requires the most resources and time.

With the development of smart cities and the promise of a more autonomous future, it’s important to take into consideration the amount of money necessary to implement smart city plans. For smart cities to succeed, IoT devices will need to be deployed to connect the city. The steps to making this happen will require the services of local governments and private telecommunications companies. Additionally, smart cities require new policies and a lot of time and investment.

Unfortunately, local governments alone are unable to foot the bill necessary to deploy small cells everywhere, turn existing infrastructure into IoT devices or sensors and effectively implement new policies. State and local governments work at a glacial pace while technology never stops moving. Public organizations can utilize the pace, funding and creativity of the private sector, and will need to for cities to stay advanced and flourish.

Atlanta, Georgia serves as a good example. AT&T is collaborating with Georgia Power and the City of Atlanta to create a 5-tiered program that will serve as a roadmap for other cities looking to improve functions like transportation, lighting, safety and sustainability. Additionally, GE and Georgia Power teamed up with the city to implement LED lighting solutions that will improve public safety.

Both the public and private sectors can benefit from the amount of data collected through smart cities programs like the one in Atlanta. This real-time data, both secure and reliable, will improve the lives of residents while addressing current and future needs of the city.

Without the partnership between the City of Atlanta in the public sector and AT&T/Georgia Power in the private sector, the digital infrastructure changes happening in Atlanta wouldn’t be possible. PPPs are not short-term programs, even if they move faster than wholly public programs. Many of the necessary components to build a smart city have yet to be invented according to Jose Joseph. The development of smart cities will span 10+ years in most cases. Cities are looking for enduring partnerships.

City governments are increasingly being pressured to put into place plans for creating smart cities. The public sector can’t afford to get anything wrong, which is why the private sector is such an important factor in a smart city’s success. One of the biggest risks smart cities take is putting all investment money and effort into one area. Failing more often is necessary for smart cities to succeed, but taking taxpayer money to take these risks isn’t a possibility for the public sector. The private sector, on the other hand, has the capabilities to fail fast and often, a necessity for the city of the future.

Lastly, the importance of collaboration between all aspiring smart cities was present throughout the conference. Competition between which cities can adopt 5G the fastest is only hindering our country’s ability to move our towns forward. Between the lists of top cities in Forbes and the constant chatter of what city will be the lucky or unlucky “winner” of Amazon’s HQ2, Americans don’t shy away from the competition.

However, according to experts at Smart Cities Week, the most important step forward is to collaborate across cities, states, borders and oceans. According to Jose Escobar, Senior Manager of Strategy and Business Development for Verizon Smart Communities, “We have to plan and work together. How do we generally work together on the same side of the table to understand what are those common challenges we will be facing that we didn’t ask for so we can try and solve for that moving forward?”

With 68 percent of the world’s population expected to be living in cities by 2050, local and state governments need to collaborate with businesses, technology partners, philanthropic organizations and universities to manifest smarter cities that are both innovative and sustainable, according to Frank Johnson, CIO of the City of Baltimore. It’s imperative to share information on what works for one city but not another and to collaborate on how to best help one another.

Each City is Unique

If we continue to see the journey toward smart cities as an arms race, we won’t be advancing society but hindering it from utilizing the experiences of other cities in their path to becoming connected. We must break down silos not only within but also between emerging smart cities.

Smart city projects are seen as a way to attract organizations and businesses that are looking to move where there is technological innovation and tech talent. The only way to continue advancing is by understanding that while every city has unique roots, each is also part of a shared urban mentality and existence.

For example, Las Vegas is operating buildings that are no more than 50 years old that have had fiber optic cables installed for years. Californian cities are capable of supporting autonomous vehicles while the city of Baltimore is just getting started.

Every city will have to work at their own pace and address pre-existing issues that are location-specific. What may work for one city with congestion issues may not work for a city where the majority of inhabitants take public transportation. By providing a supportive network for the public and private sectors within which data and experiences can be shared, innovation will come more quickly and collective R&D efforts will yield new solutions.

16 Questions About Self-Driving Cars, CES Highlights from the Show Floor,...

Location Data is a Must Have, But Do You Know How...