Should I Prototype in the US or China? - Prototyping Tips and Resources 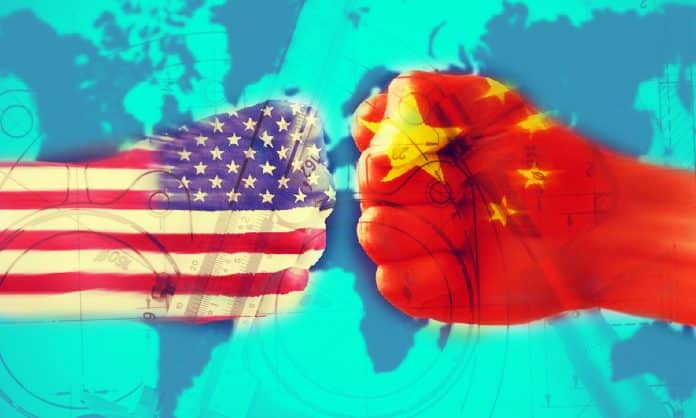 Over the last 2 decades there has been a great rush to move manufacturing out of the US and into Mexico then China. The reason was simple, the cost for labor was vastly lower and this translated into much lower product costs.

With the explosion of the Internet of Things and the large number of new products being designed for this market, I was recently asked “who should I talk to in China to help me with prototyping my new product?”

I’ve never had a particularly good experience with low volume production in China so I reached out to a few design houses and asked them for their input.

What I got was a pretty consistent response. If you have a product that doesn’t require a lot of customization or tweaking and you have volume over 100,000, China is a great place to manufacture.

But when it came to prototyping in China? Fuggedaboudit! There were some issues that were brought up consistently:

Issues with Prototyping in China

While not all firms in China will steal your designs and sell them, many large companies have had issues with this. Probably the most well publicized in the wireless world is the battle between Cisco and Huawei where it was claimed that Huawei stole source code, showing up in Huawei products with the original Cisco comments still intact.

We’ve also seen this with “open sourced” maker products as well like the introduction of the Banana Pi, a Raspberry Pi, clone made in China without Broadcom’s proprietary chips. Beyond these issues, the Internet is rife with tales of IP infringement issues coming out of China.

Your prototyping stage is the time period when you are most vulnerable. If your supplier (or a worker there) decides to take your concept, modify it slightly and roll it out in Asia, what are you as a start-up going to do about it? Go to court?

Penny Pritzker, former US secretary of commerce said it more directly, “the real conversation needs to be not just about the laws on the books but also about the court system and the broad and consistent application of these rules”.

Of course US suppliers can also steal your ideas, but your chances of getting restitution are much greater in the US courts under the US rule of law.

Rod Landers from the design house, Lab 651 said “The first time you are going to screw something up. You need people who can help you figure out what went wrong”.

Taiwan can be a bit better, because they tend to have more native English speakers, but the time zone issues are still a factor. For West Coast developers, Shenzhen is 11 hours ahead which means one party is either getting up early or staying late. This isn’t always easy to arrange with large groups and isn’t practical for daily interactions.

Prototyping Resources in the US

Ok so you’ve decided to prototype in the US, not China. But who should you turn to for help?

There are a few ways to go. One way is to hire a design firm to help you through the process. There are the big guys like Ideo and Frog (now Aricent), which are great firms to work with if your budget exceeds a million dollars.

If you don’t know their work or their processes, you should. They have helped companies design and produce some of the most memorable and useful products out there.

For those with more modest budgets, it might be better to consider hiring a boutique design shop. My go-to-guy for all things hardware and wireless is Rod Landers and Lab 651, but there are many other boutique firms out there. Do a search for firms in your area as a start. I like using local firms because of the close working relationship required to work through the inevitable issues discussed earlier.

Forget the Skype calls to china, just head over to your local firm and hunker down in the conference room, around CAD stations, or on an engineering bench and work through the issues.

The idea is great in concept; get your manufacturer to help you design your product. The positive is that they’ll know how to make it cost effectively and efficiently. The negative is that you’re now captive to that firm. It also seems to beg the question; if you’re good at mass production, can you also be good at prototyping?

One of the better-known contract manufacturers out there is Flex (formerly Flextronics). Flex is one of the bigger US manufacturers, though they have facilities all over the world, as you would expect from a $26 billion dollar company.

They’ve also recently moved headquarters to Singapore and are now pushing a “Sketch to Scale” program that purports to take companies from design to production with their internal resources and even help with logistics when you’re ready to ship. They even have a venture arm to help fund innovative ideas called Lab IX.

While I love this company and their concept, I’m a bit nervous about the scale required to work with them. I know one startup company that has gone through their process and their CTO told me “We got there, and the final product was great, but it just about killed us getting there.” So make sure that you’re properly resourced (staff and money) for the process.

Much like partnering with your manufacturer, why not partner with your electronics supplier?

Arrow
Arrow is more than just a distributor of components, they’re a global $23B technology company with thousands of engineers, who can provide online design tools, warehousing and distribution services, as well as marketing and supply chain expertise.

They’ve teamed up with Indiegogo, the crowd sourced funding platform, to help early stage companies, not only design their product, but also efficiently bring it to market. The Arrow certification badge on an Indiegogo campaign help companies raise more money and gives them access to funding from Arrow’s Flash Funding program. More info here: https://www.arrow.com/en/indiegogo

Your Arrow rep is also a great resource for finding you local design and manufacturing resources. Chances are that they’re already working with, and have an opinion on these resources.

Digikey
Digikey is another great resource for domestic prototyping. While they’re best known for their catalog, and great online shop, they have a web site dedicated to the entire process of bringing your product to market called Maker.io. This site is filled with useful resources to help you take your product from “maker to market”. This is a must visit site.

If you already have your in house design team, have laid everything out, and just want a prototype built, try Screaming Circuits.

Screaming Circuits, based in Oregon, was created in 2003 to reinvent electronics manufacturing. Unlike old-fashioned manufacturing models that focused on mass volumes and cost-control through rigidity, Screaming Circuits specializes in fast and flexible prototype and short-run assemblies. Once you get it right here, you can take it to the big guys or overseas.

So What is China Good For?

As I said the beginning, they are great at mass production.

One way to leverage this in your prototype is to buy components and sub systems coming out of China. To build a good prototype, you don’t need to put chips on a board; you can connect modules that exist to match the desired functionality. This is great for Alpha products.

While it can change the design flow, it will allow you to mimic functionality at a fraction of the cost and time of traditional prototyping. A $50K design project can turn into a $5K proof of concept quickly.

Seed Studio is a great Chinese resource for getting the cheapest prices on these maker components.

How to Effectively Use Location Data to Position Your Business for...

How Global Leaders Are Leveraging the Enterprise Industrial Internet of Things...