What Makes a Successful Internet of Things Pitch? | IoT For All 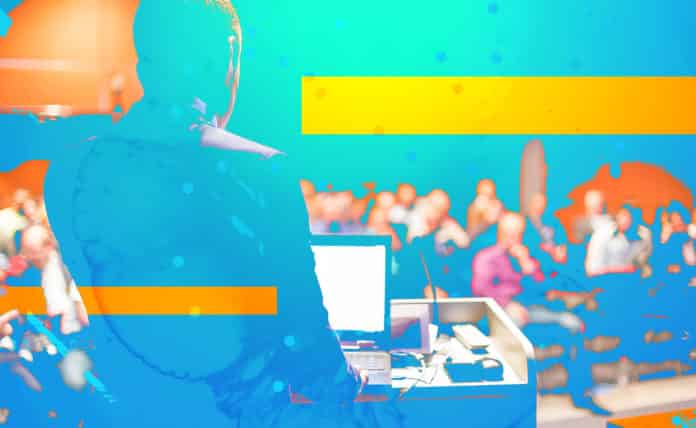 Forget about thirty-second elevator pitches: If you can’t tell me the differentiator of your IoT business in one sentence, you don’t have a differentiator.

That’s a bold statement, I know. But if you’ve talked to (and listened to) enough people at enough trade shows and pitch events, it’s likely that you’re going to recognize the Three Phases of Pitch Indifference, which correlate to the first three sentences of a pitch.

The Three Phases of Pitch Indifference

1.You’re stoked about getting the chance to recite your pitch. Your first sentence grabs attention – and hey, almost anyone can pay attention for one sentence. If it’s great, you’re lucky. If it’s not, you’re on to…

2. Sentence two, where people are still kind of listening but also kind of wondering about lunch. It’s a very short distance from sentence two to…

3. Sentence three, and by this point the person on the other side of your pitch has moved from wondering about lunch to actively considering how they can extract themselves from their conversation with you. It doesn’t matter what you say now, and it doesn’t matter if you have a true differentiator, because no one is listening at this point – maybe not even you.

The Three Phases can be traversed extremely rapidly, and the only reliable way to prevent the onset of Phase 3 is to short circuit the sequence before Phase 2.

How do you make that sentence count?

Generating Buzz. Or Not.

I was recently speaking to an executive at an IoT company who was telling me how hackneyed IoT buzzwords were – a fair enough proposition when almost everything these days is Smart, or Connected, or Cloud, or Fog, or any of an endless litany of IoT catchphrases. (Fingers crossed that someone out there realizes the need for it and creates Fog+Smart hardware…. The IoT ecosystem really, really needs FART Sensors to be a thing.)

This executive – let’s call him “Stan,” although that might not be his real name – didn’t want to use any of those tired, old, hackneyed IoT buzzwords in any of his copy: Not on his website, not in his collateral, not in his decks, not in his battle cards. His algorithms use machine learning? Take it out. His devices use AI on the Edge? Double-nope.

When I asked Stan to tell me his differentiator, though, he couldn’t do it. His elevator pitch rambled as he repeatedly tripped over himself in his quest to avoid buzzwords, while at the same time he indulged himself in clichés like how “thirsty” people were for his solutions – which he also didn’t want to call “solutions,” by the way, because what people really wanted were “answers.”

I soon found myself wondering how many people with whom Stan had spoken about his company had quickly became more interested in lunch.

The problem that Stan ran up against in trying to avoid buzzwords is that many of them are popular in the IoT ecosystem because they carry a lot of meaning to IoT practitioners, and thus become almost a syntactic sugar of their own that allows people to have meaningful discussions that convey a lot of information in a very short timeframe.

The Cloud, for example, conveys an entire suite of information in one word, and if you tried explaining that information instead of just using “Cloud” you would generate some serious side-eye from industry professionals.

Being Different is Actually Imperative

Just like using “Cloud,” saying “My sensors use proprietary machine learning on the Edge” conveys an incredible amount of information, uses less than ten words to do so, and has saved both of us a lot of time in the process – and is thus incredibly efficient. Even better, you just might have bought yourself some time in your pitch by piquing interest and forestalling the Lunch Wonders.

Side note: Besides affording efficient communication to others in IoT, buzzword use is also important in terms of having your website content surfaced by search engines. Why? Because that audience of people in the IoT ecosystem with whom you can efficiently communicate via buzzwords are using those same buzzwords as they search the web for content that’s relevant to them.

The problem, of course – and Stan is on the right track, here – is that not everyone in the IoT ecosystem is selling into that ecosystem. “Machine-Learning Edge Devices” is great when you’re selling to IoT solutions vendors, for example; but when your potential buyer or investor is not in IoT, then buzzwords typically stop being a useful shorthand for communication and instead become a sort of incantational mumbo-jumbo that does little to actually serve your audience.

In that situation, the first-sentence mumbo-jumbo actually speeds people along to Phase 2 of Pitch Indifference. You’ve not only asked them to think, but done it in such a way that they have little hope of successfully understanding whatever it is you’re going on about.

Like any good editor, you should ask yourself who, what, where, when, and how as you work towards that one sentence. As we’ve discussed in this post, asking who comprises your audience is critical to knowing the kinds of words you can use, be they IoT buzzwords or not – and the answer should directly inform how your sentence is structured.

The meat of your sentence, though, should be the what, and only you know the answers to what your product is and what makes it different – both of which need to be addressed in your sentence. But if you got your audience right, and you do the hard work here, you’re likely to short circuit Pitch Indifference and keep the conversation going.

And because if you don’t, you likely don’t have a differentiator at all.

How IoT is Changing Wastewater Management

How to Use IoT to Increase Safety at Your Facility

How To Implement Object Recognition on Live Stream