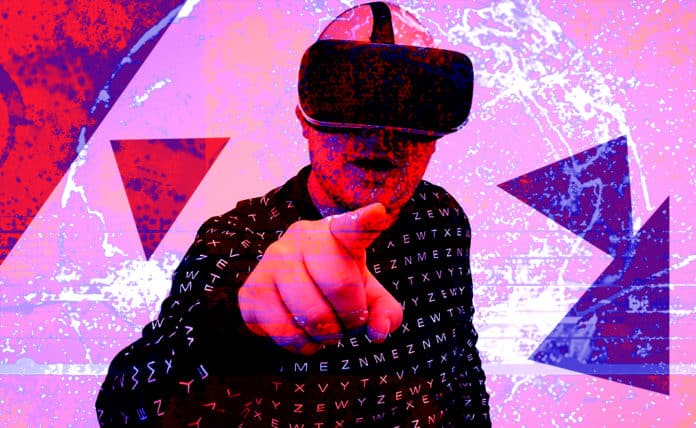 There’s Something Missing, and It’s a Biggie!

Over the past months, I’ve been excited to share my rather primitive augmented and virtual reality creations with any who will spare a few minutes. Most of the time, anyone I can wrangle to my tech setup shows the same amount of enthusiasm.

This is especially promising, as I realize my asking people to try out a VR headset sounds about as creepy as an up-and-coming, first-time, white, preppy actor attempting to portray a seedy thug proposing an alley drug deal in a cheesy 1980s cop drama. I’ve yet to decide whether I want to alter my approach, as it’s amusing for me and appears to work in the way intended.

So why, if I admit what I’m showing is rather technically crude but my test subjects still enjoy the experience, would I claim AR/VR is awful?

Well, because it is. And it will continue to be, regardless of technological strides and innovations, until these “reality” companies provide us with this one major thing: consistency.

Now, I’ll be the first to admit this technology infant needs a bit of time to grow. Yes, we have to make time for more things to evolve and come together, but that’s hardly the point of this blog.

The point is: until we get consistency in augmented and virtual realities, both will continue to lack quality—but it’s simply not a necessity for the creators right now.

What do I mean by Consistency?

I should take a moment, here.

When you’re looking to rent, buy or lease a new car, what do you look for? Are you excited for a moon roof? Perhaps heated or leather seats are your thing. Maybe you want to be more Earth-friendly, so good gas mileage or electric vehicles strike your fancy.

How about a new smart phone—what do you want there? Are you excited to see the new iPhone model, or did you hear the Pixel has a better camera?

What’s important in your new computer? Do you need a good graphics card for gaming, or are you more partial to a light-weight, portable model allowing you to work while traveling?

For all of the things you purchase, yes-ALL, you make your decisions on one over the other based upon details or “perks.”

Think about this for just a moment. What have you purchased in the last week?

Again, it’s all in the details. But, because of consistency, we don’t focus on what would be considered ridiculous. You already know some things about what you’re buying — all you need is the details to make the choice.

Yes, the quality of these may differ, but the basics all remain the same. You wouldn’t buy a pair of scissors and expect the same functions as a smart phone.

The consistency in product function gives us the ability to make decisions on purchases/selections based upon details which appeal to us and our specific situations.

My guess is that I’ll get a bit of push back on this claim, but hear me out. There is a huge lack of consistency within the AR and VR realms.

I was recently part of a purchase for a Vuze camera.

This is meant to capture 360 photos and videos for use in, among others, VR situations. I was excited to open the package when it arrived. I turned the first page on the user manual to find a small insert alerting me to the fact that the camera did not currently take still photos, and it would not until an upgrade was made available at some non-specific time in the future.

From my years as a consumer, and my decades having used the word “camera,” my assumption was that the device would take both stills and videos. (Well, that and the guy I spoke to at the SXSW trade show said it did.)

Alas, in the VR/AR world, these common-place words take on whatever meaning is convenient for the marketeers.

In the way of AR headsets, even more inconsistencies exist.

“This one” shows additional information on an image when I hover my smart-phone camera over it, but “that one” will show me what an elephant would look like in my living room.

Neither has overlapping functions, but both are considered augmented reality.

One allows you to wield controllers as you battle the song you hated the most in eighth-grade marching band, while the other requires you to use four separate programs (spliced together in a way that is not likely to be duplicated) in order to view a video from only twenty-four of the available 360 cameras.

I won’t continue to harp on this, as I think you get the gist. This leads to the next point.

Companies are so focused on doing something different than their competitors, that they’re skipping over perfecting—or even including—what’s already been established.

This is the main reason inconsistencies in this space currently exist.

Facebook’s interests focus on not allowing people to view 360 videos on YouTube. Meanwhile, Google’s interests are jabbing back by doing the same with the Facebook videos.

This childish (often called proprietary) practice isn’t new. We’ve seen it before — remember when Androids and iPhones were at each other’s throats? Do I even need to mention Apple Maps?

Without taking a full-on leap down that depressing, albeit comically distorted, rabbit hole, let’s take a moment to reflect on how Apple’s version of a map app actually benefited the whole.

Pre-Apple Maps, Google Maps had little-to-no competition. With the launch of Apple Maps (and the forced use on iPhones), Google needed to step up their game. In turn, Apple did, as well. This type of competition, where products function similarly but boast small perks, is how better products are created.

We need the same for AR and VR. When we have all of the companies using the same functions as a base, they will compete to be better at that base — thus providing us consumers with a better product.

Then, companies can differentiate themselves by way of the details and benefits. In the same way I know my smartphone (regardless of model) will allow me to download apps to customize the features of my phone, I need to be able to enhance my basic AR/VR setup while electing to purchase a specific version based upon frivolous attributes.

Right Now, No One Knows What to Expect

So everyone’s own ideas take over.

I’ve witnessed this frequently as I creepily lure my VR “victims” into an experience. Few have had the pleasure prior, so they’re blank slates. Now, however, they have a pre-conceived notion of what to expect. It’s based off of what I showed to them which, in turn, is based off of what one particular brand allowed at it’s very basic of functions.

Other “victims” have tried something in the virtual reality realms before. They are harder to coerce into sitting on my swiveling stool. They are already locked into their pre-conceived ideas of what will be shown — almost always based upon a prior experience shown by an over-eager teen gamer — and are none too eager to give it another go.

Perhaps, when we are able to have some functional stability, these viewers will make their choices with more information.

One may choose to avoid a roller coaster video or augmented version of a charging triceratops on Grand Ave., while choosing to see how I propose to paint my office walls. They’ll need a better base knowledge — with certainty of consistency — before that lovely world will progress.

We’re Already on the Path to Greatness

As much as it may sound as though I am harping on the AR and VR companies, boldly stating above that they’re basically “doing it wrong,” I do not believe we can take another path.

AR and VR will evolve as all other technologies have before them. Our computers today are nothing like what were released in the 80s, and our smartphones have come a long way in just a decade.

The difference of today is that the consumer has become a larger test base. We purchase the goods, provide feedback — by way of online surveys or reviews — and companies modify the products. This method shows us more flaws in products at the start, but we get to see the products earlier than we would in other scenarios.

Eventually, there will be an unwritten standard — one that defines what we expect when we purchase AR or VR. In the same way we expect basic functions from cars or shoes, we’ll expect the same from our new reality devices.

When we get to that point, when we’re making our purchasing decisions based off of details instead of whether a camera actually takes pictures, we’ll know we’ve been thrust into the greatness of AR and VR.