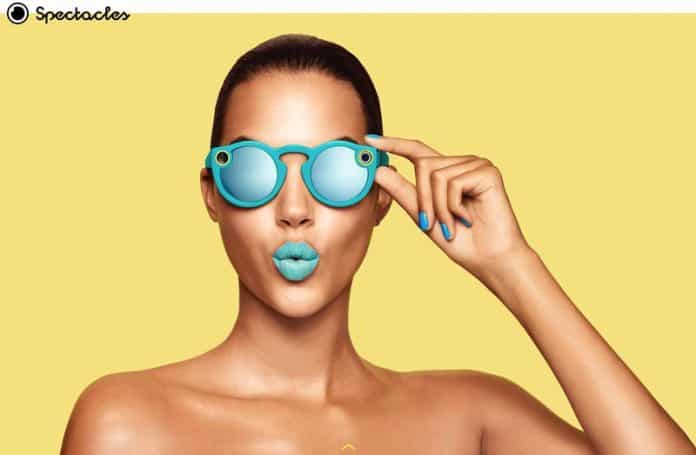 Much has been written about Apple’s “controversial” decision to remove the headphone jack and push Airpod headphones to the iPhone faithful. Sure, Airpods can increase the sound quality and help ease Apple’s transition into the voice user interface game currently dominated by Amazon’s Alexa. But judging from the internet’s reaction to Phil Schiller, who described his firm’s decision to be motivated by courage, Apple might have miscalculated its steps this time. I mean, just read these tweets:

hi evreybody a good hack for never losing ur new apple airpods is to tie them both to a long string; then tie that string aroumd ur phone!!
— @jonnysun

These new EarPods are Apple’s answer to, “Haven’t you always wanted to look like a bluetooth douche?
— @davechensky

Now let’s contrast that reaction to Spectacles released by Snap, Inc. this week. FastCompany praised Snapchat for its whimsical take on smart glasses that will smash the ill-fated image left from “garish and cyborgian” Google Glass. While TechCrunch raises a few concerns, they too admit that Snapchat is the “only company cool enough to possibly dismantle the Google Glass stigma.” What makes these funky-looking glasses a symbol of courage that overcomes the debris left by the Google Glass? Why was Apple mocked for their attempt to revolutionize our auditory experience? It seems like a double standard might be at play.

My Lesson from Selling Glasses

Before I offer my take on the Apple vs. Snapchat discussion, let me backtrack and tell you a story about glasses.

Did you know that uncorrected refractive errors (basically poor eyesight) results in over $200 billion of lost economic output annually and will rise “into the top 10 global health issues affecting productivity and opportunities, passing HIV/AIDS in its global burden” by 2030? This is a shocking figure, considering that uncorrected refractive errors can be treated by a pair of eyeglasses. Yet there are over 703 million people in developing countries who are suffering due to the high cost of eyeglasses and poor accessibility to optometrists.

Back in 2011, Stanford Social Innovation Review featured this problem and presented the works of Joshua Silver and his team at Oxford University’s Centre for Vision in the Developing World as a promising solution. Dr. Silver invented AdSpecs to allow anyone to create a pair of custom eyeglasses by adjusting the lens curvature to fit one’s prescription needs.

While Dr. Silver’s inventions made clever use of technology to address the shortage of optometrists in diagnosing and prescribing the correct lens power, it was prohibitively expensive for those living in target countries, mostly making less than $2 a day.

To solve this issue, I joined ViFlex to develop a pair of low-cost glasses with interchangeable lenses while I was a student at Duke. We believed that if we could just bring down the cost of glasses, we could make a cheaper and better version of Dr. Silver’s invention that people could actually afford.

In some regards, we succeeded. Using 3D printed lens holders and cheap wires, we tested our first prototype that had some stability issues:

Our first prototype was being “manufactured” at $1.30 a pair. Generating enough momentum, we set out to address stability and increased adjustability in terms of lens strength.

Once the second prototype was complete, I set out to test it out in various parts of the world. The response I received was something that I never expected. Whether it was in India, Nicaragua, Nepal, Brazil, Guyana, Thailand, or Ghana, people ultimately did not care about the cost, frame stability, or even better vision. Glasses were thought of as a fashion item.

No one wanted glasses designed for charity.

People would rather take RayBan sunglasses that did not fix their nearsightedness over our functional, low-cost ViFlex glasses.

In hindsight, we should have known that aesthetics would be a huge component. We pick out stylish frames before handing over our prescription needs to fit our new glasses. If I am not willing to wear funky-looking glasses, what prompts me to assume that those in developing countries would?

Back to the topic of Airpods and Snap Spectacles, I can now see that the stark contrast in public reception to these tech giants’ new inventions can be attributed to empathy — or the lack thereof — for the consumer.

Empathy is a vague term that we talk about generally but often don’t fully understand. How does a company truly understand the needs and the wants of a consumer? As someone who had to travel all around the world just to figure out an obvious point about glasses, I can attest to the difficulty in actually practicing empathy.

As AdSpecs and ViFlex zeroed in on lowering costs and a purely technological solution, we lost sight of what users really wanted. Glasses, in our end-users’ view, was just as much a fashion item as a device that improved vision. All of us failed to practice empathy.

In the same way, Apple, in its obsessive quest for design, perhaps lost sight of connecting with its users. Airpods are not the successors of Macbooks, iPods, and iPhones; they follow the path of Apple Watches. It is the latest deviation from what made Apple so successful — the ability to harmonize design and technology, simplifying the user experience in the process. It was what Steve Jobs loved about Atari games and what ultimately ascended Apple to become the most valuable company in the world.

Snapchat, on the other hand, understood that it’s not always the fancy facial recognition or the sophisticated hardware that resonates with its users, but rather its fun, whimsical traits that reflect millennials’ attitude towards technology. Snapchat was able to empathize with its users and beat Apple in its own game.

So here’s a message to all the tech companies: it’s not always about courage. How about starting out with empathy? 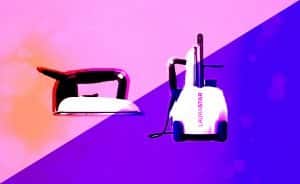 Would you pay $1,400 for a smart iron? The Swiss company Laurastar thinks so, which is why they recently debuted their Laurastar Smart iron at the IFA tradeshow in Berlin. “The iron connects to an app that provides ironing tutorials and real-time guides to improve your ironing technique, just in case you’ve reached that point in […] 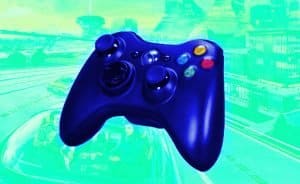 Reimagining Product Design in IoT It’s no secret that smart home devices are struggling (look no further than the Revolv hub debacle). A month ago, Stacey Higginbotham published her thoughts on how Airbnb could help the smart home industry by introducing new IoT devices inside rental homes. This week, Alex Schleifer, the VP of Design at […]

In last week’s post, we explored why, to build the best IoT products, it’s critical that we make an effort to stop telling and start asking in IoT (Internet of Things). But asking the right questions isn’t easy. Today we’ll explore four ways in which you can improve your approach and gain a deeper understanding […] 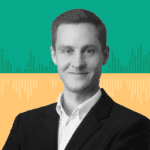 Internet of Things Zerone June 1, 2020
The relationship between big data and IoT is one of symbiosis, where seamless IoT connectivity and consequent big data capture and analysis can help enterprises in having a higher level of understanding to further their prospects. 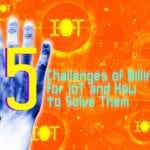 Internet of Things Softeq May 25, 2020
In 2019, Microsoft surveyed three thousand IT team leaders involved in IoT projects and reached a disappointing conclusion. It turns out 30% of IoT projects stall at the Proof of Concept (PoC) stage! On top of that, 75% of IoT deployments that eventually make it past PoC do not yield the expected results.