The Arrival of Smart City Living

A hundred years ago, the world was in the midst of the influenza pandemic. By 1920, the effects of the epidemic were being shaken off. Back then, the residents of cities in the U.S. and many parts of the developed world were witness to the wider adoption of technological developments. This included electricity, indoor plumbing, and telecommunications. These prototypes of the smart cities to come offered improvements in living. Nonetheless, they were far from perfect.

In the 1930s in the UK and in the U.S., there was a movement known as the “Slum Clearance Movement”. This was as a result of the global financial depression. Housing had become massively overcrowded and living conditions were poor. The initiative was an effort to create better, less overcrowded housing; to both give people their dignity and help prevent the spread of disease.

Slum clearance has been repeated across the decades and across the world. These projects have not always ended well for the citizens. As we create our new smarter cities we can look back to these attempts at creating better living conditions for guidance; there has been much criticism of the way that city regeneration has poorer outcomes for those of a lower socioeconomic status.

The Urbanization of Cities

As the twentieth century unfolded, urbanization became the norm. In 1969, the United Nations produced a report on city growth factors. The report looked at the growth of cities from 1920 to 1960 and then extrapolated the findings out to 2000. The reports talked about the rise of the ‘megalopolis’, made up of a string of metropolitan areas along major arterial routes. It also looked at the urbanization across the decades with an impressively precise prediction; by 2000 “one half of the world’s population may be urban”. In the year 2000, 47 percent of the global population was urban-based.

Of particular resonance in the report is this statement — as written in 1969:

“Those now in their active years were born in an economic, social, physical and cultural environment which differs enormously from the one they may still live to see. They were taught by teachers who had been raised in a world whose features are now fading rapidly, and they are called upon to instruct a new generation whose future living conditions are still shrouded in mystery. Basic human nature remains the same, but the necessary adaptations between man and his increasingly man-made environment are now changing with a greater speed than ever before”

We find ourselves 50 years after this report was written, with the same drivers in place: increasingly urbanized areas that need to be carefully managed to enable an exploding population to live a decent life.

How have our cities evolved over time? Continuing our series on smart city privacy, we lay the foundation for looking more closely at the factors driving the use of data in the smart city.Click To Tweet

Smart city culture and the age of data promise to achieve what our parents and grandparents started. Cities that can offer the type of sustainable lifestyle we all want are achievable. We’re at a juncture in our city living, caught between a need to sustain human life on a planet too small to cope, with technological advances that can give us the tools to do so. In our rush to put the pieces in place to achieve this smart living — can we trust ourselves to think about the whole picture?

In the next few posts in this series on smart city privacy, I’ll look at the data that’s at the heart of the smart city. Data that are used to drive processes, make decisions, all in the name of progress. I will explore the privacy issues inherent in the use of these data to drive our cities to ever smarter systems. I will explore this while bearing in mind the basic human need for privacy which I have explored in previous posts. Including going back into prehistory to see if our Neolithic ancestors built their settlements with privacy in mind.

Before reading the next post — something to bear in mind:

“No one must be subjected to arbitrary interference with his privacy, family, home or correspondence, nor to attacks upon his honor and reputation.”

Taking this idea forward, can we design our cities with respect for the data the city is built upon? Will we have to sacrifice some privacy to become smarter?

Government and Cities IoT For All October 12, 2020
Interconnected via a larger system, IoT provokes changes in various industries and spaces, giving new chances to any IoT software company. 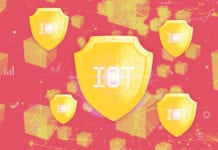 Blockchain IoT For All - October 7, 2020
Blockchain services may be just the ingredient that the IoT infrastructure has been missing to maintain secure IoT solutions.