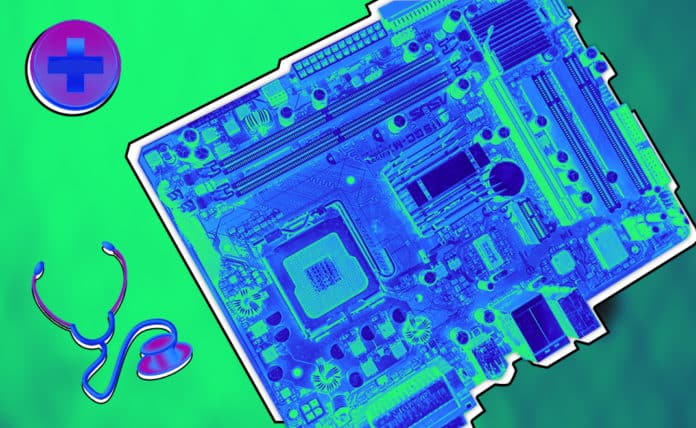 With the advent of Industry 4.0, manufacturers are using various types of sensors to collect information on asset health. Those metrics inform predictive analytics processes such as work order generation and predicting potential asset downtime.

When working with integrating sensor data from manufacturers into an IoT platform, it’s important to consider the range of sensor types deployed. Some of the most prominent sensors measure temperature, voltage, vibration, electricity, and humidity. This article asks the question: Can acoustic sensors diagnose machine heath effectively?

We often diagnose problems in machines dependent on whether we can hear a noise or not. However, sound outside the human hearing range also yields valuable insights into machine health. Humans can only hear sound in the range of 20 to 22,000 Hz. This leaves a lot unheard.

Problems With Light or Ultrasound Sensors

Many machine breakdowns can be detected acoustically since machines consist of moving parts that grind against each other leading to friction and noise. Other means like visible light cannot be used for such machines since light cannot pass through asset components and hence would fail in determining any critical issues.

Ultrasound sensors have also shown promise. However, ultrasound, which can also detect minor sounds, is expensive and would require movement of a receiver and transmitter around the machinery—similar to an ultrasound machine in a hospital—and, therefore, ultrasound isn’t ideal.

In combination with predictive algorithms, non-invasive acoustic sensors can detect faint noises long before the machine fails. Frequency analysis can be done to analyze the rate of slight acoustic aberrations that we might hear without a sensor.

Another method for detecting sounds in real time is acoustic cameras that pick up sonic waves and visualize them thermographically (i.e., in heat images). This information can then be analyzed algorithmically to determine the root cause of failure. For example, in power transmission systems, such cameras could determine specific points of unusual sound and use it to predict early stages of component failure. In pressurized piping systems carrying air or liquids, such cameras could detect exact leakage points beyond a maintenance worker’s line of sight.

This acoustic information can be collected by placing multiple sensors at target points in machines and connecting them to a wireless edge device which directly transmits and uploads the data to a cloud server where it can be analyzed. Combined with an asset management system and predictive analytics, this can provide detailed insights into key asset efficiency parameters.

According to some research, up to a startling 40 percent of factory energy costs could be caused by air leaks. When a motor starts degrading, the overall efficiency of the machine reduces. To make up for the reduced efficiency the motor consumes more energy. This leads to additional electricity consumption and higher electricity bills in a cycle the end of which is no better—machine failure and two higher-than-necessary bills (repair and electric).

Using superhuman acoustic sensors to discover mechanical defects allows manufacturers to fix the machines before such destructive cycles begin, reducing downtime and electricity costs while extending the lifetime of the machine. This can result in significant savings for the Operations Department. For instance, we have seen some companies reduce their electricity consumption by up to 10 percent, which results in significant savings given that the company was operating roughly 500 million motors globally. Combined with avenues for predictive analysis, these benefits could be further enhanced.

Considering all the above advantages, acoustic sensors and cameras can be a powerful tool for predictive analytics.