4 Challenges for Circuit Board Designers in IoT 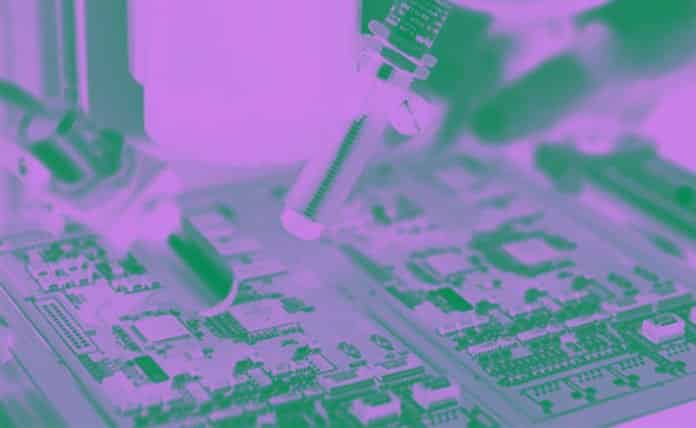 Many of the devices people use every day — from computers to smartphones — wouldn’t work at all without a critical component: the circuit board.

The Internet of Things (IoT) has made device designers remain mindful of how the IoT impacts devices that include circuit boards — and how the development process could change as a result.

As people demand the latest devices, they don’t merely expect the gadgets to have impressive feature sets. That’s one factor, of course, but users want sleek, lightweight products, too.

Some mobile phones from decades ago were approximately the length of bricks. Now, they’re small enough to fit in the palm of your hand or a pocket.

Turning back to the IoT, designers must consider many people wear IoT devices on their bodies. In other cases, one of the primary selling points of most IoT gadgets is that they offer loads of capabilities, but don’t take up much space.

When thinking about what people need to know before designing IoT devices, space constraints are invariable considerations. The lack of space could make preparing a circuit board for an IoT product more time-consuming than expected.

Plus, designers may have to work with new kinds of circuit boards that work better than average in smaller spaces, such as those that flex.

2. The Increased Likelihood of Working With New Providers

There’s a significant downside associated with being an early adopter of an IoT gadget or any other tech device: anticipated delays in manufacturing.

Bringing pioneering products to life from concepts frequently requires reaching out to new suppliers of parts and materials, which can lengthen the process and involve more parties in the design makeup.

Circuit board designers must expect to spend time researching and communicating with those outside companies during the development process.

The fast-paced nature of the IoT industry means designers cannot hope to keep working with the same suppliers that assisted them with non-IoT projects involving circuit boards.

If choosing a third-party fabricator, for example, one of the challenges involves ensuring the company has the required onsite equipment to handle the scope of the work. If it does not, preventable delays will probably follow.

Achieving the best results in those scenarios requires an ability to be realistic about potential delays, while also giving the third-party providers accurate estimates about demand levels.

Ideally, whether sourcing materials or obtaining outside parties for circuit board assembly purposes, designers should aim to work with companies that have extensive experience with other clients that needed IoT products. That’s not possible in all cases, but it should be a prioritized goal.

It’s better to be upfront about potential delays instead of unrealistically believing an outside vendor will complete every stage of the product’s development on time, even if they are experiencing difficulties.

3. The Potential for Working With Innovative and Untested Technologies

Many people view IoT devices as being on the cutting edge of what’s possible in tech. That also means the circuit board designers partially responsible for making those gadgets work should expect new technologies will become part of what they do.

The manufacturing of printed circuit boards (PCBs) is extremely precise and involves going through steps in the proper order. Cleanliness is of paramount importance, too. Even one speck of dust settling on the PCB’s laminate board could cause a short circuit.

People who work with circuit boards and aspire to design IoT products must be ready and willing to possibly put aside many of the familiar things that drive their work and trade them for emerging technologies or techniques.

The respective nascent capabilities of the tech may indeed result in the desired outcomes. There’s also the risk of unintended consequences.

When working with technologies that have only became available recently, it’s difficult for designers to approach their colleagues and get insights on their experiences.

Some people may hesitate to give their opinions, either due to not working with the new technologies at all yet, or having such limited experiences with them that they haven’t reached conclusions.

So, circuit board designers should realize there will be cases when it’s impossible to research potential approaches to using new technology in an IoT product because other companies haven’t attempted it.

Having both a flexible attitude and a desire to explore the possibilities will be advantageous for circuit board designers handling IoT projects.

The circuit boards used for devices in the past aren’t feasible for most IoT devices, due to the constraints outlined above.

But, because modern circuit boards are substantially unlike those depended on before, circuit board designers must remain involved in the design process for overall products, instead of just one part of them.

Besides staying in constant communication with other members of a design team, the people who handle an item’s circuit boards will devote time to virtual prototyping software that illustrates how a circuit board fits into all the other components of a gadget and affects things like its size and weight.

An advantage of virtual prototyping is it allows circuit board designers to spot potential problems in the early stages before physical versions of an IoT device exist. Then, they can adjust the circuit board’s characteristics as needed to avoid costly and time-consuming problems.

The expanding role of circuit board specialists in the complete design process of IoT devices may require those individuals to consciously expand their knowledge — through formal or informal study — to hit the ground running when exposed to aspects of design that circuit board designers have previously not addressed.

Today’s most successful IoT devices are extremely high-tech, and that trend will undoubtedly continue into the foreseeable future.

To play meaningful roles in engineering the essential circuit boards, designers must realize a willingness to evolve will set them ahead of the pack.

It will assist in overcoming the challenges described above and others encountered along the way.