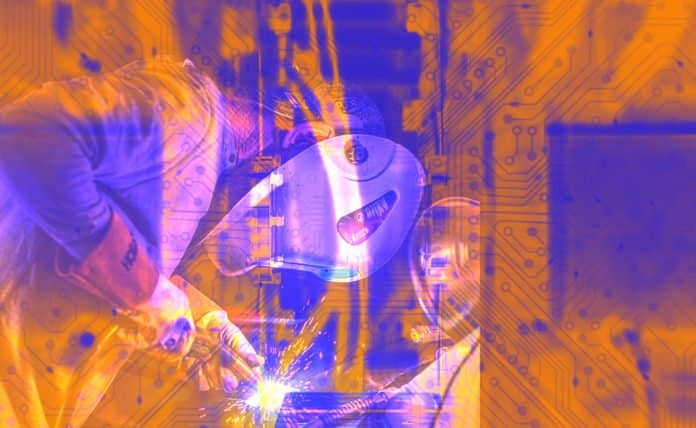 Working in an industrial environment has always been dangerous, and plant managers strive to find the best solutions to minimize casualties. The aim is to reduce the hazard, manage risks and prevent accidents. The relevant legislation enforces numerous rules and regulations, yet most of these are derived from past faults and are not effective enough to avoid future misfortunes.

Using IoT sensors can feed the algorithm with real-time data and allow it to make decisions on the spot. For example, if sensors detect a gas leakage, increased temperatures or unwanted humidity, work can stop at once or at the very least inform the floor manager. These type of decisions are deterministic and don’t provide much insight into the future.

Another way of creating a safer environment is to use the power of computers and machine learning. By creating different scenarios, the algorithm can sense the difference between what is safe and what is not.

The advancements of machine vision mean that now algorithms can identify objects, edges, and velocity. Together with the improvement of processing power (GPUs), sensors and independent carry systems like robots and drones, we now have all the necessary ingredients to create state-of-the-art safety routines which are fully automatized and better than their human counterparts.

Computer vision strives to replicate the human eyes effectively, together with the brain’s ability to tell the difference between different objects or situations. Using this in an industrial setting should result in fewer accidents and prevention instead of correction.

Safeopedia, a dedicated web resource, defines a list of topics as part of industrial safety. We will discuss the possible solutions offered by computer vision for each of them.

Most production facilities already have a CCTV system installed on the premises. A computer vision algorithm could use this live feed to detect abnormalities. For example, in specific areas where no workers are allowed due to moving parts or other hazards. If such a situation is detected via live footage, the whole process can be stopped.

Machine vision can control various or different devices, automating production processes. This increases efficiency and makes the workplace safer as it removes the need for people to be in dangerous areas. For example, by using barcodes, products can be classified or packaged according to their final destination without the need of a human operator.

Automatic scanners can be installed on production lines. These can identify any flaws in the raw materials used like scratches, uneven paint coats or even small defects that escape the naked eye but could be disastrous to a final product.  Even more, IoT devices can do this at a speed which is impossible for manual quality controllers. Computer vision experts from InData Labs described how multi-object detection could make this process accurate and fast for different parts of the same object.

Heat and smoke sensors are already part of standard safety equipment in all industrial environments. These could be supplemented with preventive measures like infrared cameras. For example, if a device overheats and starts a fire, it can be seen on an infrared camera and stopped before it becomes a hazard.

Using IoT sensors is a cheap and effective way to ensure that all electric circuits are functioning correctly. These can collect data about tension, voltage, the Joule effect and prevent overcharging, power outages or even fires caused by short-circuits. Computer vision can process a wide range of different signals coming from electric circuits and detect abnormal activity.

High-resolution sensors mounted on drones or other types of autonomous vehicles can scan the perimeter and detect any structural changes. This aspect is more important in high-stress environments like coal mines, salt mines or oil exploitation sites where any sudden change could result in loss of life or environmental hazards.

The environment is segmented, and each part is compared with a predefined “good” model. By identifying the differences, the computer can help asses if there is a real danger.

General Safety – General aspects of safety which are common to all

Smart sensor systems are already in place in some areas, like China, where the government uses facial recognition systems for general security. This idea can be replicated in production plants to remove the need for access badges. Biometric measures have an increased precision compared to traditional access cards or keys. This solution works best if data is processed on the spot.

Of course, such an endeavor comes with significant problems. First of all, sensors need to be in top shape and compatible both with each other and the entire system. The work to install, connect and calibrate them continuously for a smooth operation should not be neglected.

Next, the amount of data sent over the processing unit is enormous, which means that the system should be ready for the network traffic or to find ways of processing some of the information locally and only send results for further analysis.

Finally, there could be slight differences between the stored image and the reality. The degree of tolerance of the system should be set low enough to classify the object correctly and high enough to make the difference between an acceptable and a dangerous situation.

Right now, computer vision algorithms are mostly deterministic and limited, yet widely useful. Just imagine the advancements machine learning will bring. It will tell the system what to look for, and it will make it learn from past experiences, much like a QA engineer does at work.

After the initial training phase and the on-site calibration, it will be able to offer additional features like facial detection. Collecting data from various sensors and detecting the risk of correlated hazard is another potential direction.