Connected cars are capable of transmitting more data than ever before. From engine performance to navigation, vehicle data is now collected, analyzed and acted upon in new ways that can foster a closer relationship between manufacturers and car owners. For example, rather than requiring car owners to go into a service station for an entertainment system update, manufacturers can push these updates automatically via over-the-air (OTA) updates to every vehicle model that requires one.

But, with more than 250 million cars with wireless network connectivity expected to be on the road by next year, manufacturers are already starting to feel the strain of transmitting and processing the current volume of data they’re currently working with and the current approaches to update delivery and other vehicle communications. However, a lightweight IoT messaging protocol, such as MQTT, is ideal for cellular connected cars that want to limit data, often drop connections, or only want to be connected when the engine is running. This article will explore four ways that messaging via the Internet of Things (IoT) may transform connected cars.

Messaging provides a convenient mechanism for the car to send diagnostic and malfunction information up to the manufacturer. Instead of displaying a maintenance light, a message is sent directly to the manufacturer who can contact the owner to discuss necessary repairs and available service appointments. This not only cuts down on a delay in getting the car serviced efficiently (e.g., by closing the gap between when the car owner notices a problem and takes the car into the shop for repairs) but can also help enable a safer experience for the driver and others on the road. IoT messaging has the ability to bring car troubles to light before they become a safety hazard on the road.

It’s one thing to have a car notify the manufacturer when it needs to be repaired, but it’s quite another if the manufacturer can predict when a repair needs to happen. Consider the chart shown below. The oil pressure on the monitored car has been consistently within the safe zone. However, simple trend analysis shows that while still in the safe range, it appears that soon enough, the pressure is likely to drop below minimum requirements. By analyzing the diagnostic information, the owner can be notified of a pending failure so that the car can be serviced before the oil pump fails and risks a considerably more expensive engine repair.

Not only can the analytics predict the failure and save on higher cost repairs, but the correlated data can also help determine the root cause of the failure. In this case, oil pumps manufactured on a vendor’s specific production run, are faulty. This analysis can be used as evidence in a reparation claim, but it can also determine the extent of a recall before significant failures occur.

Automakers face challenges in connected car messaging speed, volume and bandwidth. They can leverage innovations in the MQTT messaging protocol and edge computing to provide a better, safer driving experience.Click To Tweet

Once a recall has been identified and the scope of the problem is understood, these same predictive analytics can be used to prioritize repairs. In this example, it takes several weeks of declining pressure before the failure is catastrophic. As such, the manufacturer can take the time necessary to efficiently acquire the replacement parts and process the recall while notifying and prioritizing those vehicles demonstrating an issue.

Over-the-air (OTA) downloads are an effective way of updating the software on automobiles, but it’s a very coarse ‘closed’ system. By adding messaging, not only can update requests be pushed down to the target vehicles but, as the download is progressing, status messages can be sent up. It’s, therefore, possible for the manufacturer to monitor the status of updates down to an individual car and download.

More than just monitoring downloads, messaging technology can be used to apply fine grain control of the downloads. Consider the morning commute in a city: as more and more cars commute in, the downloads get concentrated on a smaller number of cell towers. Traditionally, download campaigns are spread over months to limit over-stressing cell tower capacity. Instead, the data being sent up from the cars will be aggregated to determine the capacity demands on every cell tower. Control messages can be sent to throttle the downloads using a sophisticated download manager. As such, the downloads can be slowed down or even paused when cell capacity targets are exceeded.

By partnering with the cellular providers, manufacturers can process congestion feeds to scale back capacity on otherwise busy cell towers and scale up capacity on otherwise dormant towers. Additionally, a critical download can be given priority over less critical downloads. As shown below, download capacity can be shifted away from busy towers, or shifted over to more important downloads.

In order to make the above a reality, auto manufacturers need to be able to access a global network that can securely connect to the cars, regardless of their location, and securely transmit the data at the edge in real-time. Often the scale that’s required to transmit the amount of data generated has not been factored in and the current network infrastructure can not handle the load.

IoT is transforming how we own and operate cars. By tracking and predicting failures, coordinating recalls and repairs, and monitoring and controlling downloads, IoT messaging will change the way connected cars are serviced.

Written by Mark M Ingerman, a Senior Product Architect in the Web Performance Division at Akamai, who is responsible for the product architecture and definition of Akamai’s IoT product line.

AI is the Foundation of Autonomous Vehicles

What Are the Benefits of Driving a Connected Car? 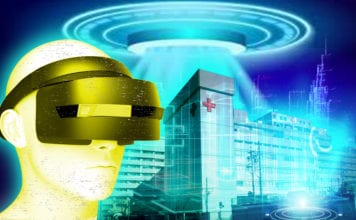