Google Next 2018 Recap: 3 Important IoT Announcements | IoT For All 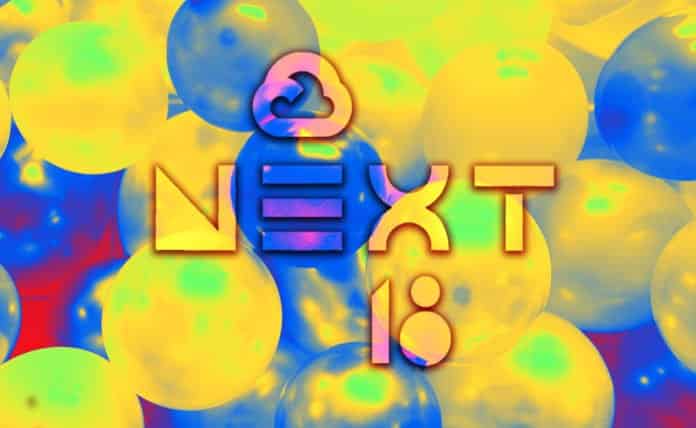 Over 23,000 people descended on San Francisco’s Moscone Center to attend Google’s cloud event, Google Next. There were many newsworthy announcements covering areas like collaboration, security, and the Internet of Things (IoT). The new products and services come not only from Google Cloud Platform (GCP), and its components like Cloud IoT Core, but also from Google’s collaboration and productivity offering (G Suite) and the Google Maps Platform.

Here we discuss three key announcements and why they matter for the future of IoT. While numerous newly announced capabilities will impact IoT, the most interesting are: Cloud IoT Edge + Edge TPU, Google Kubernetes Engine On-Prem, and GCP Marketplace. Why do we believe these are the most exciting developments? Read on to learn more.

For those looking at the world through an IoT lens, the announcements about Cloud IoT Edge and the Edge TPU are likely to get the most buzz and publicity. What are they?

Cloud IoT Edge is software for IoT gateway-class devices running Android Things or (more likely) Linux. While Cloud IoT Edge provides some data management functions at the edge and makes it easier to connect devices securely to Google Cloud, the focus from Google is on enabling and managing edge-based machine learning (ML) capabilities.

[bctt tweet=”Cloud IoT Edge and Edge TPU provide a compelling story for IoT initiatives that could benefit from the use of ML near the point of data generation.” username=”iotforall”]

Together, Cloud IoT Edge and Edge TPU provide a compelling story for IoT initiatives that could benefit from the use of ML near the point of data generation in industries like smart cities, oil and gas, utility, and manufacturing. While many of today’s IoT challenges are not necessarily software (or hardware) related, Google’s leadership in the area of advanced data analysis leveraging AI and ML will make it well positioned to provide differentiated technology for both enterprise- and consumer-facing IoT solutions.

While Google Kubernetes Engine (GKE) On-Prem was not discussed as an IoT announcement, we believe this Google offering will positively enhance enterprise adoption of IoT of the Google stack. What is GKE On-Prem?

As an evolution of GKE, Google’s engine for managing containers, GKE On-Prem extends the management capabilities to enterprise and service provider-run data centers.

Business needs, technical requirements, and regional regulations often keep some aspects of an IoT solution on-premises. For instance, mission-critical systems often need to run in a self-contained environment and must remain operable without the cloud. From a regulatory standpoint, there are certain types of data that enterprises aren’t ready to make available in the public cloud.

GKE On-Prem enables enterprises to benefit from the advantages of a unified Kubernetes-based container architecture while keeping the necessary portions of their deployment in-house. With GKE On-Prem, on-premises Kubernetes clusters can be managed from the Google Cloud Console as if they were in the cloud.

It also makes it easy to migrate applications from a local environment to the Google Cloud (or other clouds) at your own pace. GKE On-Prem expands the appeal of the Google Cloud to a variety of enterprise environments that depend on local deployments for capabilities including compute, data storage, and analytics.

We also believe marketplaces are key enablers for adoption of the IoT among enterprises. While the GCP Marketplace was not announced in the context of IoT, it paves the way for Google to expand GCP’s enterprise reach. We hope to see further enhancements to the GCP Marketplace as Google makes it an essential element of its enterprise-focused IoT strategy.

The GCP marketplace provides an ‘app store’ interface for publishing and deploying containerized apps to Kubernetes clusters – both in the cloud and now on-prem (see above). In short, the marketplace is valuable to the Google Cloud ecosystem in two different ways:

1. For application and solution vendors. The GCP Marketplace offers a productized way to provide applications to enterprise customers. The marketplace takes care of various operational hurdles such as deployment, billing, and licensing. With the help of the GCP marketplace, it’s easier to publish, sell, and support enterprise applications running on Google Cloud.

One of the key inhibitors of IoT adoption in the enterprise is overall solution complexity. Today’s IoT deployments are often amalgams of various platforms and technologies spanning integration, data management, device management, and analytics.

Providing enterprises with a better way to try, test, and deploy IoT solutions reduces some of these barriers and has the potential to accelerate the growth of IoT in the enterprise. IoT applications hosted in the GCP Marketplace while taking advantage of products like GKE On-Prem and Cloud IoT Core helps enterprises deploy IoT solutions in a streamlined, reliable, and secure way.