IoT For All
Home Internet of Things AR, VR, & MR
LIKE
6 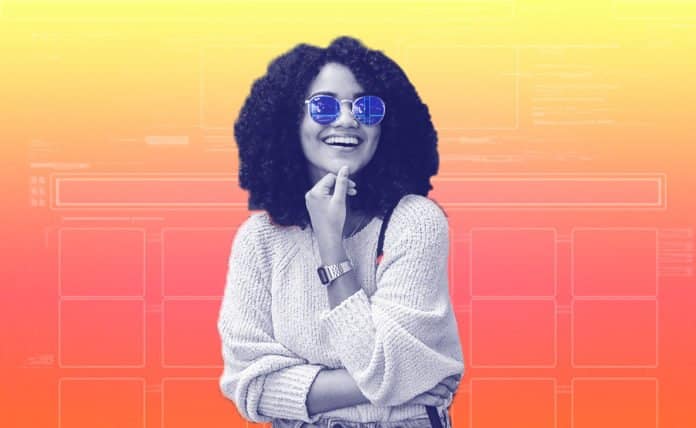 Augmented reality (AR) has developed and progressed from merely a science-fiction trope to a science-based reality. It has the potential and capability to transform and restructure different industries as a whole in the next years.

And due to recent advances, AR has become more accessible and affordable, allowing more and more people to experience AR applications through desktops, tablets, and smartphones.

The rise of AR and VR has boundless implications for creatives and designers across business cals. Designers are starting to take advantage of AR to provide excellent user experiences. In this post, we will discuss how augmented reality will change web design over the next five years.

What Is Augmented Reality?

Augmented reality is different from virtual reality. Virtual reality entails a thorough immersion experience that allows users to feel like they’re out of the physical world. Users get to interact with the virtual environment as they would in the physical world. While are numerous applications of AR, in general, they have one thing in common: AR is about blurring the physical/digital boundary by overlaying or “augmenting” a non-digital reality with digital assets and insights.

With less possibility for lapses compared to wearable technologies, AR is beginning to optimize user experience on mobile and desktop. Web designers have been putting AR into action in recent years. They’re taking advantage of smartphone cameras or webcams to encourage users to engage with product and services.

For example, in fashion retail, AR can be used as a virtual dressing room. Customers can point their smartphone camera toward themselves and try out the outfit in a convenient manner. In fact, JCPenney is already implementing this impressive technology. Some eyewear retailers are following suit.

AR applications for web design have come a long way thanks to the creation and development of compatible plugins like WordPress VR. This type of plugin lets web designers upload videos to their sites.

With AR becoming readily available, designers will continue to leverage the technology in mobile UIs. The shift will provide users with an increasingly affordable option that significantly enhances their browsing experience.

Entrepreneurs and marketers alike must be great storytellers. Augmented reality will surely bring the best out of your digital marketing and advertising to life. With this impressive technology, users can interact and engage with what you are selling before they decide to purchase it.

According to Entrepreneur, AR provides a good way to showcase products to users. AR opens the door to building simulated environments around your products that drive more user engagement.

Marketers can create a world that encourages and stimulates the users to engage, cooperate, and experience the service or product themselves. For example, consider the 360 degrees Lipton tea video below:

This advertisement takes users on a magnificently exciting tour inside a cup of delicious Matcha tea. Users will feel like they’re diving into the cup and into a leafy, dense, and vibrant world.

The combination of motion graphics and AR enhances and improves the experience even further. Ultimately, AR will, without a doubt, create boundless new possibilities for UX/UI designers.

AR won’t only change the products and services you create; it’ll also improve the tools you utilize in designing them. According to Allan Behrens, a business-side IT and technology expert, the evolution of the “design and development” archetype—which combines the virtual with the real—will make designers’ tools more practical.

With AR, gone are the days where UI fixates to the screen space because with just a head turn or eye twitch, you can dynamically alter the visual and aural experience.

One perfect example of an AR-enabled UI design practice is the AR-iteration of Google Translate. It has hardly any interface to select the language, but with AR technology, your phone’s camera doubles as a way to transcend the boundaries between languages.

Today, AR is being used as a useful tool for training and educational purposes in both formal and informal learning environments. For instance, many universities, parks, schools, and museums are exploring AR applications.

Roughly 86 percent of American millennials have a smartphone. They spend hours every day browsing the internet, playing games, and chatting on social media. If educators can take advantage of how many young eyeballs are glued to smartphones, they can leverage augmented reality to improve both learning experiences and academic outcomes.

Museums are for both education and entertainment. Consider the AR London Street Museum project. In 2010, the museum developed an iPhone application that lets users browse and navigate historical photographs in different parts of the city.

The mobile application takes users to different places around London via GPS. When the user arrives at the desired location, a 3D overlay would appear over a camera feed on the phone, offering a short glimpse of how the place would look in the past. Such AR experiences increase historical awareness and build empathy toward people of other times and origins.

Research shows that AR can be an excellent tool for boosting engagement when compared to TV. Other studies have shown that AR has the potential to increase empathy between users, products, and businesses.

The Future for AR and Web Design

Web designers need to have a better understanding of their audience before taking advantage of AR. We must keep in mind that AR is more dependent on customer experience than VR (the latter is more for to gaming). Ultimately, AR is revolutionizing the web design industry and the best that is yet to come.

Business 2.0: How Adopting AI Can Enhance Your Business