How Are Different Generations Using IoT? 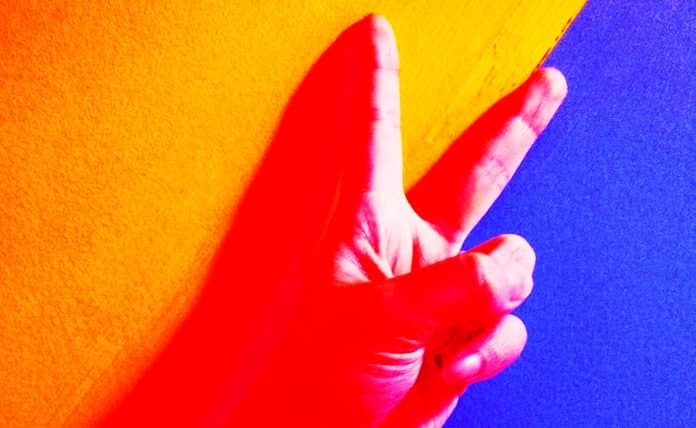 Ask one hundred people to explain the Internet of Things and you’ll likely receive one hundred different responses.

Depending on their occupation, some might associate IoT with industrial automation and robotics. Others might focus on their smartphone and the other smart-devices throughout their homes.

They’re all technically correct — the Internet of Things does mean various things to different people.

In simpler terms, some people use IoT differently than others. The flexibility of IoT and the sheer number of smart-devices — both in the home and in the workplace — make it possible to connect with each other in new and innovative ways.

As expected, usage varies even between different generations and age groups.

Although Millennials are hogging most of the spotlight lately, those belonging to Generation Z — the generation following Millennials — are finally starting to come of age. Born between the mid-1990s and early 2000s, they currently make up approximately 25 percent of the workforce.

Generation Z uses IoT primarily for social media and staying in touch with friends. Although many see their social circles shrinking during this period, sites like Facebook, Snapchat and Twitter provide a fun and easy way to keep in touch.

Many college students also belong to Generation Z. They tend to use specialty platforms and apps, including personal virtual assistants like Cortana and Alexa, and music streaming services. Of course, there is plenty of software meant to help in their studies, too.

Some schools even provide their students with laptops or tablet computers. Every major academic institution and nearly every community campus has a computer lab for student use.

Classrooms are becoming more connected than ever before, and much of it is a direct result of recent breakthroughs in IoT and related technologies.

As the majority of Generation Z continues into adulthood, society’s embrace of technology will continue to climb — both in school and at home.

Sometimes known as Generation Y, Millennials fall directly before Generation Z in the timeline. It primarily describes individuals born between 1980 and 1995.

While some are still in college, many have moved on to start long-term careers and lead productive lives.

The Millennial Generation isn’t as tech-savvy as they seem. While some credit them with the inception of IoT in the first place, recent surveys indicate that 85 percent of Millennial respondents do not own any IoT devices. Several reasons are cited, including:

It’s a fine line to tread. On the one hand, Millennials need the latest gadgets to stay in touch with their friends. But many aren’t willing to compromise their privacy to do so. If security researchers don’t act soon, they might miss a large and important demographic.

Although the definition of Generation X is less precise than Millennials or Gen Z, it mostly include anyone born between 1960 and 1980 in this demographic.

In many ways, Generation X is on the front lines of IoT’s arrival.

For many, their introduction to IoT came via the workplace. Manufacturers embracing IoT could add more than $11 trillion per year in economic value in just a few short years.

A majority of the benefits will come to factories using IoT for operations management or predictive maintenance and cities that utilize large-scale networks for tasks like traffic control and public safety.

Others will benefit, too, including retail employees, construction workers and office personnel.

But Gen X’s utilization of IoT doesn’t stop there. Many are eager to try out the latest in smartphone and smart home gadgets as soon as they’re available. It’s a generation that is more comfortable with technology than many people realize. Since most have a savings account and many are still working, these luxuries are easily affordable to this age group.

Generation X also enjoys IoT-connected fitness devices. According to recent surveys, nearly 60 percent of Gen X respondents plan to invest in wearable technology. In contrast, only 47 percent of Millennials showed an interest in these devices.

Between having the funds to afford smart gadgets and using robots in the workplace, Generation X has more exposure to the Internet of Things than most other age groups.

Their general acceptance of technology is also rubbing off on some of their older peers, too.

Nearly 80 million babies were born between the years of 1946 and 1964. Collectively, this group comprises the Baby Boomers.

Their age often makes them the butt of techie jokes, but many of them live in tech-driven smart homes. Some even improve their quality of living thanks to IoT.

And the technology behind IoT is only getting more advanced. It’s easy to see why a Boomer would want to safeguard their home with the latest gadgets and interconnected safety devices, but an innovation known as “ambient intelligence” is making their homes even smarter and more sophisticated.

The phrase “ambient intelligence” is a catch-all that describes a particular niche of IoT-connected devices. It includes products like automated medication reminders and schedulers, robot “personalities” to combat loneliness, virtualized caregiver platforms and much more.

Not only will these breakthroughs help make our nation’s Boomers more comfortable, but they’ll undoubtedly save some lives, too.

The generation gap seen in current IoT utilization is surprising.

Although many credit Millennials with driving the popularity of next-gen smart devices, Gen X is embracing technology at a steadier pace.

With Baby Boomers beginning to come around to the benefits of interconnected gadgets and Gen Z learning how to code and program brand-new systems, we might see the separation of age groups narrow substantially within the next few years.

Should We Worry About IoT Being Used as a Weapon of...

How to Choose the Right Asset Management Software

The Fundamentals of Smart Buildings