IoT products use several different protocols and technologies, including WiFi, Bluetooth, ZigBee, LORA, and more. In general, these technologies operate in different frequency bands on the electromagnetic or radio frequency (RF) spectrum.  However, many wireless technologies such as Bluetooth, WiFi, and ZigBee occupy and operate in the same 100 MHz bands of frequencies from 2.4 GHz to 2.5 GHz.

Unlike in a cellular network, wireless systems that utilize these protocols don’t really ‘talk’ to each other. In other words, they are unable to coordinate their use of the RF spectrum with each other. As a result, there are frequent ‘collisions’ between WiFi and Bluetooth signals or WiFi and ZigBee. Although these collisions cannot be visualized, you can experience the effect when your network speed slows down. When this happens, we say that the networks are experiencing radio interference issues.

Interference isn’t always due to different networks. Your WiFi network, for instance, can interfere with another WiFi network that belongs to a neighbor. The two networks don’t see each other and communicate independently of one another.

Similarly, your microwave oven that operates in the same 2.4 GHz frequency range can interfere with your WiFi network. There are many proprietary products with unique, non-standard waveforms that are difficult to recognize in the unlicensed bands. These are also potential sources of RF interference. Other sources of interference are malfunctioning devices and broken cables, for instance.

The issue with many of these interference sources and events is that they are unpredictable and often cannot be accounted for. One thing is for sure, as it’s cheap to operate in the unlicensed bands, there are many more wireless products that have been developed to operate here. As a result, the likelihood of RF interference is much higher than in a licensed band.

So as we can see, there are plenty of opportunities for interference.  Unfortunately, there’s no easy way to resolve radio interference. Many access point vendors will tell you to switch channels until you find one that works best. But this is not a permanent solution as another neighbor might install a new access point tomorrow. Or someone might start operating a cordless phone in the channel you just switched to. Eventually, you run out of channel options to switch to.

There have been many academic and research papers on the impact of interference in IoT networks. Needless to say, the impact is significant. Imagine an IoT system that’s built with embedded WiFi modules and chipsets and deployed in the field. You may have no access to the IoT modules after deployment. Interference issues are difficult to detect and diagnose remotely. As well, operating remotely makes it very difficult, if not impossible, to follow a vendor’s recommendation to change channels when experiencing interference without recalling the product from the field.

Additionally, when IoT devices cannot communicate with one another due to interference issues, they try to do so repeatedly – again and again. Multiple attempts drain battery life in devices where battery consumption should be kept at a minimum to maintain a long life in the field. Next, consider an IoT deployment in mission-critical healthcare environments – not being able to communicate would be disastrous.

One solution is to only use IoT systems in cellular bands where the RF environment is well planned and coordinated. Cellular systems don’t experience interference – when they do, it’s because someone used an unauthorized device that ‘leaks’ RF into a licensed band. Such occurrences, while on the rise, are not as commonplace. However, such systems are more expensive than those deployed in the unlicensed bands.

A second solution is to use IoT systems that are well-separated in frequency. For instance, don’t build or use a system that relies on WiFi and Bluetooth systems operating at 2.4 GHz. Instead, use a WiFi system that only uses the 5 GHz band. While this doesn’t mitigate interference from outside your network, it at least minimizes self-interference.

It is anticipated that the use of 5G will greatly benefit IoT for several different reasons. There will be plenty of licensed spectrum to use for IoT products and applications from an interference standpoint. More than ever before, it should be relatively easy to avoid RF interference while allowing many devices to operate simultaneously and collision-free. 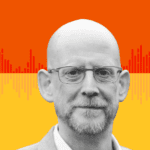