How Does WiFi Work?  -  8 Things You Didn’t Know About Wifi 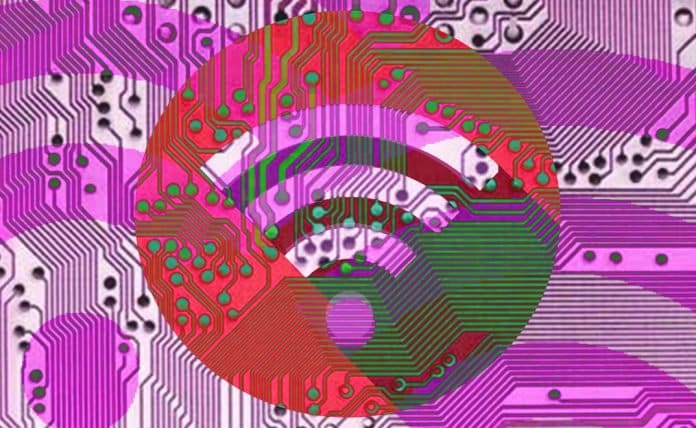 Ah, good ‘ole WiFi. From helping us to keep our phone bill low (except March, goddammit) to allowing our laptops/tablets/etc. to connect to the internet, WiFi has been a ubiquitous companion that we’ve all come to know and love.

WiFi is also useful for some IoT applications (wait, what is IoT?), such as building and home automation or in-house energy management. For many other IoT applications, WiFi is absolutely useless.

Given the importance of WiFi to our everyday lives and to certain IoT applications, here are 8 interesting things about WiFi that you didn’t know!

While not always the best option, WiFi does have it's place in IoT. Here's eight things you should know.Click To Tweet

Or at least, the early precursor to WiFi did. ALOHAnet was a pioneering computer networking system, developed at the University of Hawaii, that provided the first public demonstration of a wireless packet data network.

That was in 1971. It wasn’t until 20 years later that NCR Corporation and AT&T Corporation invented WaveLAN, considered the true precursor to WiFi. Then, in 1997, the first version of the IEEE 802.11 wireless protocol was released.

When any two machines communicate to each other, they need certain standards and protocols defined to enable them to communicate. IEEE 802.11 refers to the set of standards that define communication for wireless local area networks (with IEEE standing for Institute of Electrical and Electronics Engineers).

So in 1999, a brand-consulting firm called Interbrand was hired to help market the technology to consumers, giving us “Wi-Fi”.

Interbrand also created the WiFi logo, which represents Yin and Yang to signal interoperability of all WiFi-certified products.

So what does WiFi stand for anyways?

3) WiFi Does NOT Stand for “Wireless Fidelity”

WiFi doesn’t actually stand for anything.

But I prefer WiFi, so I’m going to keep using it throughout this article. I know I know, I’m quite the bad boy. Your move, WiFi Alliance.

Ok so now you know all the background of WiFi, but how does WiFi work?

Your laptop/tablet/etc. uses a wireless adapter to translate data into a radio signal and transmit that signal using an antenna. Those radio waves emanate outwards from the antenna and are received by your wireless router. That wireless router then converts the radio waves back into data and then sends that data to the Internet using a physical connection. To get data from the Internet to you laptop/tablet/etc., just reverse the process.

At a high level this is how all wireless communication works. However, WiFi has a few notable differences from other wireless technologies. For example…

These frequencies are much higher than the frequencies used for cellular transmission. Higher frequency means that signals can carry more data.

However, all forms of wireless communication represent a tradeoff between power consumption, range, and bandwidth. So in exchange for high data rates, WiFI consumes a lot of power and doesn’t have a lot of range.

“Huh”, you think to yourself, “I thought I heard that…”

It’s true, the Swedish Space Agency transferred data 260 miles to an overhead stratospheric balloon using WiFi. But this was with non-standard WiFi equipment and 6 watt amplifiers. And, of course, no physical barriers in the way to stop the signal.

For your average WiFi router, ranges are much, much shorter and depend on a number of factors. Range can depend on the antenna, reflection and refraction, and radio power output.

A range of about 100ft is common, so why can’t you get a signal when you’re standing in the next room?

It might be a physical barrier. Radio waves pass through most kinds of materials, but can be blocked or absorbed by materials that conduct electricity. Water conducts electricity, meaning that our bodies can actually interfere with WiFi. But don’t be alarmed, radio waves don’t cause cellular damage.

It might also be interference. Since WiFi uses radio waves (and there are many, many sources of radio waves, including space), these waves can collide with each other and interfere with the signal. In fact, your microwave operates in the 2.4 GHz frequency band which means that it can interfere with your WiFi, depending on which type of WiFi you have (2.4 GHz or 5 GHz).

7) There Are Many Kinds of WiFi

Earlier you found out what 802.11 means, but there have actually been several new versions since the original in 1997:

Each of these standards comes with various pros/cons related to data speed, signal interference from outside sources, and cost. Cost is a factor because different hardware is needed for different standards, though newer versions are made to be backwards compatible with older versions.

However, regardless of the type of WiFi…

There are countless IoT applications out there and many of them involve small sensors or devices that need to operate on battery power for months or even years. These sensors and devices don’t need to send a ton of data, maybe just a few bytes here or there. They also need to send that data over miles, not mere feet.

As I mentioned above, WiFi can send high amounts of data at the cost of high energy consumption and low range. If you have thousand of sensors out in a field, WiFi isn’t a great option.

WiFi can be good for IoT applications that don’t have to worry about power drain (e.g. devices that are plugged into an outlet), that need to send a lot of data (e.g. video), and that don’t need high range. A good example would be a home security system.

However, for most other IoT applications, there are better connectivity options such as Bluetooth, Low-Power Wide-Area Networks (LPWANs) or Cellular IoT.

That being said, there are two WiFi standards that have been developed, or are being developed, specifically for IoT; WiFi HaLow (802.11ah) and HEW (802.11ax).

WiFi HaLow was ratified in 2016 and aimed at addressing range and power concerns for IoT applications. HEW (High Efficiency Wireless) is an upcoming standard that builds on HaLow to add additional IoT-friendly features.