How to Explain IoT to Your Grandparents

Chances are, your grandparents haven’t heard of IoT (unless they are very ‘down with the kids’). So, where would you even start with how to explain IoT to them?

Here, I’ve outlined the best ways to explain IoT to your grandparents, and perhaps in the process, it will help you to FULLY understand it as well, from explaining what ‘IoT’ actually means, to realizing the full extent to which IoT can benefit our lives.

What does IoT mean?

One of the key ways in which IoT will improve lives is in the way in which it makes sharing data a whole lot easier: IoT will help simplify our lives and take away some menial tasks in the long run.

I don’t really get it, can you give me some examples?

So how does this ‘stuff’ actually benefit us? Can you give me some examples of how I’d stand to gain from all this new technology?

Of course I can. Here’s a small selection of things that IoT makes possible:

So IoT is actively improving standards across a whole lot of sectors. These three examples are just a fraction of the variety of things that IoT can make possible. Do you think you’re starting to get a grasp for the opportunities it presents?

How can it change day-to-day life?

In quite a few ways, actually. It’s not just something to be used in special cases and only by big businesses – IoT is something that everyone can benefit from. In fact, it’s something the average person is already benefitting from. For example:

IoT is already part of your life — without you even realizing it. Connecting everything to the internet will only make life easier.

Even better! Things we currently imagine as being highly advanced will soon be the sort of things we take for granted. In future, we can expect to see improvements in:

That’s not to mention the much more technical applications that businesses and manufacturers will find to make things easier for them. It’s an exciting time to be alive, and IoT is part of that!

I think I get it

That’s great. I’m pleased that you were able to wrap your mind around the concept – a lot of people struggle with it. Basically, just imagine a world in which almost all devices and objects are connected, and you’re imagining IoT. The GPS in your phone connects to the systems in your house, making sure that your heating is on when you get back. Pretty cool, hey?

So that’s how I’d explain IoT to my grandparents. Why not try and explain it to your own? You’ll probably find that it’s not quite as hard as you think – but it does depend upon their existing levels of technological understanding.

If they don’t really know what the Internet is, you’ve got a long way to go before you can properly explain IoT. But it’s definitely worth it. You may even find that they start taking advantage of IoT in their everyday lives. 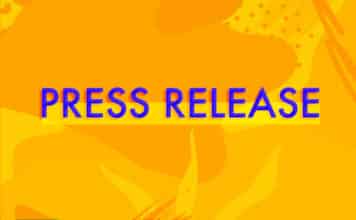 Location Data is a Must Have, But Do You Know How...