This article provides an overview of ultrasound (or ultrasonic) based indoor tracking and positioning technologies. Commercial ultrasound tracking solutions claim the enticing potential for pinpointing an object to within a few centimeters. They might be able to guarantee accuracy at the room level. Active research using ultrasound for full-fledged indoor navigation has shown promise, and a forthcoming commercial release purports to make this a reality.

The internet is currently awash in white papers and research presentations on ultrasonic. It can be difficult to separate the merely possible applications of this technology from the proven deployments. We’re going to try to sort out some of the ambiguities by providing an overview of what ultrasonic is, how ultrasonic tracking works in principle, and how currently available solutions can be (part of) an end-to-end indoor tracking solution.

Ultrasound defines a spectrum of sound waves with frequencies too high for humans to hear—typically above 20 kilohertz (kHz).

Exploiting the ultrasonic range for location is a common trick in nature. Bats famously rely on echolocation to detect insects, emitting ultrasonic pulses as high as 200 kHz and are sensitive to extremely subtle differences (as low as .0001 kHz). Many cetaceans and some fish use ultrasound to navigate, hunt, and communicate. On land, dogs and cats are sensitive to the ultrasonic spectrum, and shrews can use ultrasound at close ranges to detect objects through grass and moss.

From Biomimicry to Technology

Research into whether this biological success can translate into a technological success stretches back decades. The research projects wear their biological inspiration on their sleeves, sporting names like Active Bat, Cricket, and DOLPHIN—animals that use echolocation. Very briefly, these technologies determine location by measuring the time of flight (ToF) from one or more emitters to one or more receivers. This allows them to discern an object’s location to within a few cm. using trilateration.

In the Active Bat system, a tracker tag emits ultrasonic pulses from 2 transmitters to increase the coverage area. A grid of ceiling-mounted receivers listens to these signals and sends data back to a central system that uses multilateration based on three or more receivers to determine the transmitter’s position, boasting an accuracy of within 3cm. In order to detect the periodic ultrasound pulses reliably, the system requires many receivers positioned at very specific angles. A network of receivers makes the system useful in a lab environment but expensive to deploy in a large building.

The closely-related DOLPHIN project improves upon Active Bat by requiring only a few sensor nodes to have specifically-known locations; the other sensors infer their locations from these nodes’ signals.

MIT’s Cricket system inverts the Active Bat structure by mounting the emitters to the infrastructure and having the tracker listen for signals. The emitters send both radio frequency (RF) signals and ultrasound. The receiving trackers calculate their distance from a given emitter by measuring the time between receiving the RF signal and subsequent ultrasound signals to gauge the sound’s ToF. The trackers use this data to determine which emitter is nearest. They infer their location based upon that proximity data and data from the other emitters it detects. It can (but need not, if privacy is a concern) communicate this back to a central server.

One drawback of the Cricket system is the power consumption of the transmitters. Because the system can only listen to one signal at a time, keeping track of a moving target is more difficult for Cricket than it is for Active Bat, which collects multiple data points simultaneously (rather than linearly). Despite these shortcomings, it is possible that Cricket could have become a commercial contender. It seems, however, that Cricket ceased active development in 2005 before ever launching a commercial product.

Unlike WiFi or Bluetooth Low Energy (BLE), walls, doors, and windows can obstruct ultrasound. This can be an advantage in indoor tracking scenarios. A WiFi sensor will be ambiguous between rooms. The device might be in a far corner of this room while the signal could have been detected through a couple of walls in that room way over there. Since ultrasound generally cannot escape the room, you can rest assured that any emitter/receiver pairs that are communicating with each other are within the same room—provided you have confirmed that the wall, door, and window materials actually do obstruct the ultrasonic signals.

If you are trying to locate an asset in a building—finding a service cart in a hotel or a wheelchair in a hospital—it is probably much more useful to know which room contains the asset than exactly how many feet from a beacon it is.

Sonitor, currently the only maker of ultrasound-based indoor tracking systems, uses a system of relatively few detectors (currently one per four rooms) to listen to a specific signal from a tracker and identify which trackers are in which rooms. Sonitor’s systems are currently deployed in several hospitals, where they are used to track the locations of doctors and nurses as well as medical equipment.

Unlike the biomimetic research projects outlined above, Sonitor’s technology does not work exclusively by measuring ToF from to receiver. The solution is more closely related to radio frequency (RF) tracking solutions that measure received signal strength (RSSI) and calculate doppler changes to determine proximity to a sensor node. In addition to guaranteeing which room contains a given tracker, Sonitor claims their solution can also determine a tracker’s position to within a few feet.

Sonitor is currently in the process of demoing a new platform for offering indoor route based guidance. Using your smartphones’ microphone and a custom app, they claim to be able to calculate your position by listening for ultrasonic pulses and provide three-dimensional guidance through a building.

Such a system faces a number of technical hurdles. The same property of ultrasound that is an asset in room-level positioning—and useful as a hunting tool for bats—is possibly a significant source of interference. In tight spaces, ultrasound will not penetrate obstacles, but it will echo, scattering signals across the area. To overcome this, the technology will need to find some way of balancing the high signal density needed to ensure a device hears the signal while blocking the noise from reflected, scattered signals.

It would be quite a feat if Sonitor were to deploy such a product at scale. Until it has been deployed in a real-world setting, however, it is probably best to remain cautious about reported results.

Should You Choose an Ultrasonic Solution?

Tracking solutions don’t need to be purely ultrasonic—or purely BLE, or WiFi, or anything else. These technologies can be used to complement one another. Some solutions use ultrasonic for room-level definition in order to help resolve ambiguities generated by the other modes of connectivity—WiFi, BLE, RFID, barometric, etc.—that comprise the end-to-end indoor positioning system.

We will have to wait until we see more actual deployments of ultrasonic tracking—and in more varied environments—to judge responsibly how it compares to more mainstream technologies like WiFi and BLE. 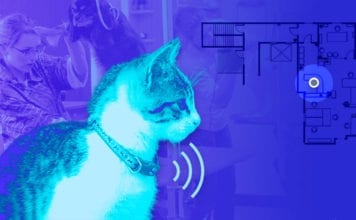 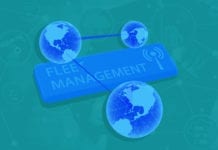