How IoT is Driving the Autonomous Vehicle Revolution

IoT For All
Home Internet of Things AI & ML
LIKE
12 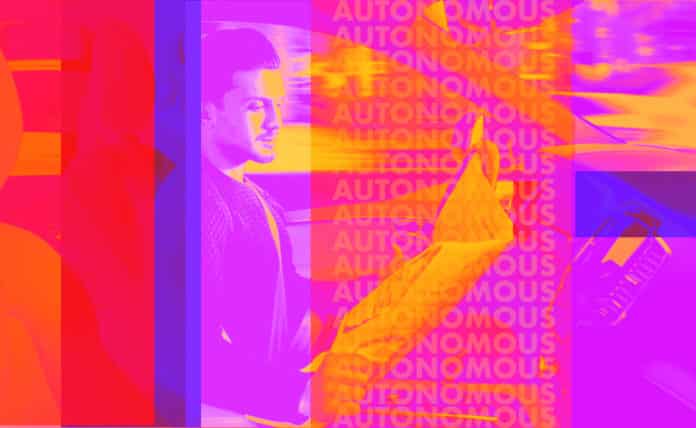 The concept of self-driving cars has always intrigued many people. We’ve seen it on television shows like Knight Rider and in films including Batman, Minority Report, and Total Recall. But within the last couple of years, the idea is quickly turning into reality. The reason for this is the Internet of Things.

The Internet of Things (IoT) refers to the connectivity of multiple devices through the Internet. Driverless cars utilize this connectivity when updating their algorithms based on user data. These autonomous vehicles require an enormous quantity of data collecting and processing. In this case, through IoT, the driverless car shares information about the road (which has already been mapped out). This information includes the actual path, traffic, and how to navigate around any obstacles. All of this data is shared between IoT connected cars and is uploaded wirelessly to a cloud system to be analyzed and put to use improving the automation.

While being connected through IoT is speeding up the development of current-day self-driving cars, people have been trying to tackle this idea for years.

When we think about self-driving cars, our immediate thought goes to the future or some sort of science fiction movie depicting it. But ever since the conception of the first automobile, people have been thinking of ways to have a fully autonomous vehicle. Here is a brief history of driverless cars.

In 1925, an inventor by the name of Francis Houdina showcased the first radio-controlled “driverless” car. In 1956, a version of GM’s Firebird II was built with a guidance system or electronic auto control for detector circuits embedded in roadways. This was intended to help the car avoid accidents.

In 1958, the Chrysler Imperial was the first car to incorporate a cruise control function. In 1979, a robot named the Cart invented at Stanford University, navigated through a room filled with obstacles without any human involvement.

In 1994, the robot cars, VaMP and VITA-2, by Bundeswehr Universitat, drove over 600 miles safely weaving through traffic. In 2009, Google’s self-driving project began. In 2015, Tesla released its autopilot software. Now in 2018, GM is seeking approval for a self-driving car with no steering wheel or pedals.

How do Self-Driving Cars Work?

We are getting closer and closer to this technology, but how does it work? The self-driving technology details differ from maker to maker, but most use a series of radar lasers and high-powered cameras that map out the car’s surroundings.

The IoT connectivity processes the feedback from these radar lasers, plots a path, and sends instructions to the car’s controls (steering, acceleration, and braking). Each car is also equipped with obstacle avoidance and predictive modeling that conduct the vehicle to obey traffic rules and steer around certain obstacles.

According to Car and Driver, driverless cars have multiple levels. Level 0 is a vehicle with complete human control. Level 1 refers to “driver assistance.” Some of these features are common in most cars today including cruise control.

Level 2 is partial automation. In certain circumstances, the car can accelerate, brake, and steer on its own. The driver still is completely responsible and should keep their hands near the wheel. Examples of level 2 technology are Mercedes-Benz Driver Assistance Systems, Audi Traffic Jam Assist, Cadillac Super Cruise.

Level 3 is conditional automation. When the circumstances are right, the technology in level 3 cars can do most things for the driver. This also includes examining the environment around the vehicle. But the driver should still be ready to obtain control if needed. An example of this is Audi’s Traffic Jam Pilot.

Level 4 is high automation. On the right roads and conditions, the car can operate fully without any human input.

Level 5 is Full Automation. This is self-driving to its complete potential. A fully automated car can handle any road and any condition that a human driver can. One just enters a destination, and the car will take you there. This technology isn’t currently available yet, but films including iRobot, Minority Report, and Batman have all featured level 5 autonomous vehicles.

One intriguing aspect of driverless cars is that commutes no longer have to be wasted time. People on their way to the office or a meeting can get some extra work done during drive-time instead of focusing on driving. This adds extra time to one’s day to be more productive.

Who is Building Autonomous Vehicles?

There are many companies working on a driverless car. Here is a list of some of the most notable and recognizable names: Uber, Honda, Toyota, Tesla, Hyundai, Volvo, Waymo (partnered with Google, Fiat Chrysler), BMW, Volkswagen, General Motors, and Ford.

Amongst all of these working on this technology, the companies that we hear the most about are Tesla, Uber, and Waymo (Google). But regarding driverless cars, the news coverage isn’t merely positive. Just in the last couple of months, multiple accidents have been reported involving autonomous vehicles.

A fatal accident occurred when an autonomous Uber vehicle struck and killed a woman illegally crossing the street in Arizona on March 18. Uber and the victim’s family have since reached a settlement. Although this may not have been the vehicle’s fault—the accident should be an eye-opener to the driverless car industry.

When will Driverless Cars be Available?

Driverless cars are well on their way, but we still might have to wait a decade or more. According to Fortune, fully autonomous vehicles will not noticeably hit the market until about 2020, but it is predicted that by 2040, 95 percent (or 96.3 million) of new vehicles sold will be driverless.

Chipping – Will We All Embed Sensors Under Our Skin?