Welcome to the second article of our IoT Applications in Education series. In our introductory article, I gave a brief overview of why technology—and specifically the Internet of Things (IoT)—will continue to have a profound influence on the way we teach and learn, especially in schools. In this article, we’re going to dig deeper into a specific use case of IoT in education: How can IoT help facilitate foreign language acquisition?

Prior to discussing the various ways in which connected devices may help students acquire a foreign language, it’s important first to understand how we actually learn languages in the first place.

There is no one-size-fits-all approach when it comes to language learning. Although evidence suggests learning styles—auditory, visual, etc.—don’t actually exist, many individuals do claim preferred methods for learning foreign languages. There’s a large populace behind apps like Duolingo and Babel, many people enjoy listening to podcasts, and others who find success in translating children’s books from a target language to their native language. When it comes to gaining the ability to communicate in a foreign language, most of the aforementioned approaches fall short, especially when used as the exclusive learning method.

There are multiple schools of thought when it comes to the preeminent system for language acquisition, but the most comprehensive frameworks break down foreign language learning into four basic skills necessary for “mastering” a specific tongue, which are:

Sounds simple, right? However obvious it may be that learning a new language requires an understanding of its auditory and written forms, as well as the ability to communicate ideas via audible and written speech, how many programs truly accomplish that?

Duolingo focuses on pushing learners to recognize different written and auditory phrases, but students will quickly discern the shortcomings of language apps during their first conversation with a native speaker. Podcasts are great for developing an “ear” for a language, but reading, speaking, and writing skills aren’t developed when listening to Coffee Break French in your car.

The takeaway: learning a new language requires multiple exercises that integrate all four of the key skills mentioned above; few methods accomplish this integration more so than school classrooms and full-on language immersion.

And if done right, immersion is the fastest way to learn a language. Full immersion exposes learners to new cultures, foods, media, and people, surrounding them with their target language at every point of the day, week, month, and year.

Traveling and living abroad in a foreign country isn’t necessarily easy. We don’t all have the financial and temporal freedom to take a few months off of work and spend hundreds or thousands on flights. But language learners aren’t ones for complaining.

We should be asking: how do we create immersive environments at home and in the classroom?

That’s where IoT comes in.

Let’s focus for a moment on an exciting study on which a team of researchers from Valencia, Spain worked. They hypothesized that a system of connected objects and a smart interface would improve Spanish students’ abilities to learn English. Pretty cool idea, right? To test their concept, they created a simulated learning environment with a fully integrated IoT system powered by Bluetooth technology. I’ll skip to the good part (the result) before outlining the study itself: they found that an IoT-powered simulation does, in fact, improve students’ listening, reading, and speaking abilities in foreign languages—but how?

Using connected hardware in foreign-language simulations helps to guide learners while freeing instructors to facilitate the learning process at hand. This is an unprecedented feat. The connected system permits teachers to truly help students learn by facilitating rather than lecturing, ensuring a smooth learning process and granting students independence and assistance on an as-needed basis.

Furthermore, IoT systems can sequentially increase or decrease the difficulty of a task on an individualized basis, making it such that no student gets too far ahead nor too far behind. The delta between student performance, need for attention, and time necessary to learn a new skill, task, or piece of material has historically been a pervasive issue in classrooms. Without technology, teachers are unable to maintain incessant tabs on individual students, let alone a classroom of 30 over the course of an hour or more. With IoT, this pervasive problem can be put to rest.

IoT-enhanced learning simulations are awesome. Still, there are even more benefits when it comes to foreign language acquisition.

An IoT system opens the possibility of creating “close-to-immersion” language-learning experiences in the classroom. “How?” you may ask. Well, one of the reasons an immersive language learning experience is so effective is that it generates opportunities to receive real-time feedback from native speakers.

Imagine for a moment you just hopped off a plane in Madrid, and since you are so excited to start practicing Spanish with natives, you grab a cab and head to a bar in the center of the city. There you begin conversing with the bartender. When you say something correctly, the bartender may provide you with a subtle cue, such as a smile, letting you know they understood you. Your new bartender friend may also provide explicit feedback when correcting you, which over time trains you to speak, understand, and internalize your target language (in this case, Spanish) more effectively than Duolingo, textbooks, and “learn Castellano while you sleep.”

Language learning is all about listening, iterating and communicating—foreign immersion environments pack this all into one engaging experience, and an IoT system can mimic this experience through the use of connected objects.

In the aforementioned experiment, the research team created a simulation in which Spanish students would first go to a “grocery store” station in the classroom and purchase groceries in English based on a recipe they would later make in the “kitchen” with fellow classmates. Near Field Communication (NFC) tags were attached to various food items to connect them to the Bluetooth network set up in the room. When they arrived at the “grocery store,” the students had to practice reading a list of grocery items and speaking to the store employee to request each specified item. When the store employee handed them their requested food item, the students were instructed to scan the object with a Bluetooth scanner and were subsequently offered real-time feedback by the IoT enabled simulation. A “Visualization Board” let the student know when they made a correct or incorrect solution.

Students involved in the IoT task-based simulation were put in an optimal-stress state, as they were cognizant of their grocery selection having “real” effects on whether or not they were understood by the grocery employee. In these simulations, students who performed at an extremely high level (i.e. make all of the correct selections from the grocery list), faced greater challenges in the ensuing simulation (the kitchen) because the IoT simulation recorded their performance and adjusted task difficulty accordingly. In the same vein, students who are had difficulty communicating received hints or a shorter grocery list to assist them in learning the English vocabulary and phrases necessary for success in the simulation.

At ame time, the system freed up the teacher to walk around the classroom and provide individual attention to struggling students. Of course, in any simulation, teachers can do this. The difference with an IoT-based simulation is that the remaining students are simultaneously guided, monitored, recorded, and facilitated by the integrated IoT network and hardware. In a typical lecture, interruptions stemming from teachers focusing their attention on only one student at a time subtracts from the classroom experience, effectively alienating the remainder of the class and wasting precious learning time for those not involved in the side discussion. IoT systems for simulated learning don’t allow this issue to occur.

The Point of IoT Is to Gather Data and Insights

So, we’ve seen that an IoT simulation helps monitor students, facilitate learning, and free up teachers for more impactful, individual discussions with students. But the best part of the IoT-assisted simulation is the ability to gather data insights on individual students.

Teachers may have “hunches” about how students perform. And some students may perform really well or poorly on exams, but these are high-stress environments that aren’t always representative of a student’s true ability.

The research team’s wearable devices identified metrics such as “the number of times a student [attempted] to perform a task, the number of right and wrong answers, and periods of high/low participation per student.”

Imagine schools where simulations like this were regularly built into lesson plans, allowing students to be evaluated based on true performance metrics, rather than being given grades for their ability to cram/memorize information immediately preceding a test or quiz.

The ideal output from a student after a year of foreign language instruction should be the ability to communicate in said language, rather than an “A” on a report card by answering exam questions after cramming the night before. Therefore, a student’s performance should be measured based on metrics outlining how students perform with regard to pronunciation, diction, and syntax.

IoT systems and related simulations allow this type of record keeping and promote engaging, facilitative learning for teachers and students alike. It is an exciting time in education, and IoT is a critical part of the EdTech transformation our world is seeing and will continue to see for the long haul. 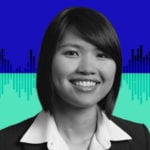 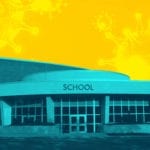 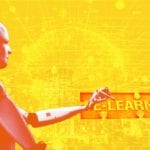 Education Guest Writer October 20, 2020
AI can revolutionize the education and eLearning industry by providing a new learning and development environment.

How Artificial Intelligence is Changing the eLearning Environment
October 20, 2020 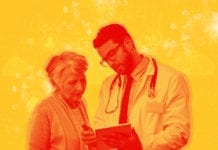