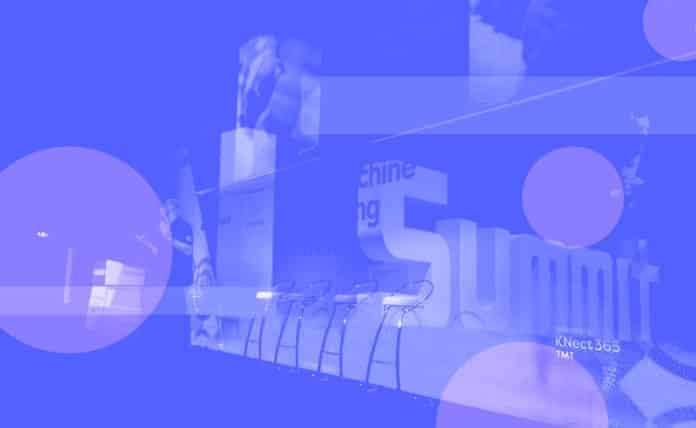 Welcome to the IoT Data and AI Summit

That’s a little of what it was like to be at the IoT Data and AI Summit that was held November 28 and 29, 2017, in Palo Alto, California. Computer scientists showed us how they compute, business executives from American Express and other enterprises showed us how they business, and those of us who were at least smart enough to listen took endless pages of notes and stuffed our heads with something other than sawdust.

While data and AI may at first seem like strange co-stars to share top billing at a summit, it’s fair to say that without large data sets from which to learn, AI would be neither very smart nor very useful. This is perhaps particularly true within the IoT ecosystem, wherein we’re connecting billions of sensor devices in order to collect zettabytes (ZBs) of data.

A Zettabyte By Any Other Name

If, like me, you have no concept of what a zettabyte is, one ZB is equal to one TRILLION gigabytes — and by 2020, IoT sensors will be generating several hundreds of ZBs of data per year. Such a large volume of data makes artificial intelligence of particular importance in two regards: It can help us weak-minded humans by filtering out the clutter from so much data, and on the flip side it can also make autonomous decisions based on that data, driven by things it’s learned from that data.

This interrelation of AI and data — and big data in particular — was at the heart of the IoT Data and AI Summit. Dr. Rory Lewis, Associate Professor of Computer Science at the University of Colorado, Colorado Springs, and the Director of Machine Learning for the Neuro ICO ward at the University of Colorado Hospital, opened the summit by presenting a roadmap for optimizing AI and machine learning — and given the zettabytes of data we’re talking about, such optimization is going to be an essential part of fulfilling the IoT promise.

Before offering a roadmap for the future, however, Dr. Lewis presented an interesting take on the current state of AI and machine learning overlaying four different growth curves: Press mentions of AI, AI patents, processor power, and mobile device sales. Those four curves align exceedingly well — and form a foundation for Dr. Lewis’s prediction of the combined market value for AI and machine learning to reach $4.4 trillion dollars by roughly 2035.

It’s an enormous potential — and it might be threatening to businesses who for some reason might have a vested interest in seeing AI fail, leading Dr. Lewis to remind us of the cautionary tale of Kodak, who bought the digital camera patent in 1975 so that they could suppress it and continue to sell film.

1. Prepare your data. Your raw data must be in a usable condition, or else your machine learning will take place on dirty data. Thus, clean up your data, wrangle its fields and attributes, and even edit values if they’re wrong or unusable. One important caveat: In Dr. Lewis’s opinion, there simply is no algorithm that’s up to the task of scrubbing your data and preparing it for use, and anyone selling you anything different is selling you snake oil. It requires human brains to properly do this. Period.

2. Prototype your application. At this stage you’re only really outlining the structure of your application, and you need to be able to fail fast and furiously until you get that structure right — and that’s why, at this stage, you shouldn’t yet be doing any serious coding. You’re defining a strategy, and you don’t need (or want) code to do that.

3. Create a working proof of concept. Your prototyping done and your strategy set, it’s now that you can begin coding and actually add some meat to your prototype’s bones.

4. Proof of concept complete, it’s at this stage that you need to roadmap the development of your company. Develop your budgets; work out your HR issues; think about staffing.

5. Advocate for your company and your product. It’s entirely possible, particularly in applied markets for AI and machine learning, that no one but you will really understand what your company does and how it does it.

Steps Four and Five are critical steps in building your business. If you don’t build your business, what you have is at best a product masquerading as a company, and as I’ve written elsewhere, focusing on your product but not your company may yield short-term successes — but will almost certainly yield longer-term failure. That’s why the last two steps in this paradigm are so critical: If you don’t work on building your business, pretty soon you won’t have one.

The High Price of Freedom

Upendra Mardikar, VP of Information Security Strategy and a great many other things at American Express, took the Summit stage to talk about the past and present state of the payment industry, and in particular how that industry views IoT and connected devices.

Mr. Mardikar first took us through the history of payment systems (i.e., Point of sale system -> Merchant -> Processor -> Acquiring bank -> More processing -> Issuing bank), in which every part of the system was closely managed, before detailing the eCommerce revolution as a major change agent in the payment ecosystem.

The next big change to that ecosystem, perhaps obviously, was the rise of mobile devices. The usage of mobile devices within the payment industry (and outside of that industry as well, frankly) presents many security concerns, including insecure data storage, hostile execution environments, malware, remote exploits, and the increased potential for large-scale breaches — and the huge increase in the number of connected devices via IoT uptake means that these kinds of security problems will only be amplified as time goes on.

A fundamental security strategy in dealing with all of these connected devices will be better managing identity, and here Mr. Mardikar was careful to draw a distinction between the concepts of identity and authentication. Authentication can be spoofed, and passwords are easily stolen — but a true online identity involving phone numbers, email addresses, and other “identity signals” is much harder to spoof, and subsequently the further enhancement of these identity signals is an area on which the payment industry needs to focus.

Mr. Mardikar then made a couple of astute observations that might be of interest to a great many different varieties of IoT practitioners. His first observation involved graphing user trust levels over the number of connected devices, which presented a nice illustration of the fact that as the number of connected devices increases, user trust decreases.

His second observation, built on the first, was that IoT implementers can play a role in reversing that downward curve by doing two fairly simple things: Being clear, to both yourself and users, on what data you’re collecting and why, and then being sure that your data is properly anonymized if and before it ever leaves your company.

Ending on a happy note, Mr. Mardikar noted that we have a golden opportunity at this moment in time to build security into IoT as opposed to bolting it on later, which is what so often happens when we place a premium on quick go-to-market times and favor fast profitability over long-term stability and growth. To that end, there should be increasing partnership opportunities at the intersection of the Payment, Security and IoT worlds — so the smart players will be looking to get in early, before that intersection is a muddy quagmire rather than the sought-after green field.

IoT security is a hot topic for a reason: It poses many problems that really have yet to be solved, and no less than American Express’s VP of Information Security Strategy is telling us there’s an opportunity here. I’ve written before about the importance of being early into your IoT business category. Here is another opportunity: If your business involves securing the IoT, OWN IT NOW. Remember: A mediocre product with marketing money behind it will beat your unmarketed great idea, every time.

The first topic touched upon was one that many people mentally jump to when they hear anything having to do with artificial intelligence: Consciousness. Don Brancato hazarded a guess — and he was very clear that he was only guessing — that we are likely 25 years away from sentient AI systems that can build new rule sets.

Nikki and Rob both agreed that we were a ways off from AI consciousness, with Nikki postulating that it would require many different intelligent agents interacting rather than one master algorithm, and Rob adding that our smart phones now have enough power to make use of machine learning algorithms but nowhere near enough compute power for consciousness.

Don Brancato then wrapped up this line of conversation with his caveat that 25 years ago we had no idea what the Web was going to become, and that, to paraphrase Donald Rumsfeld, we don’t know what we don’t know.

The panel also tackled an audience question pertaining to how you might go about creating new applications if you already have sensors in place and are collecting data. Don Brancato’s response was that the first step is to ask yourself what questions do you want answered, and to let that guide your application.

Nikki Hallgrimsdottir’s answer was similar, and also echoed Dr. Lewis’s earlier presentation: Use a top-down approach by first finding a market need, then potential customers, and then collect the data. Only then do you start actual development — and you certainly don’t start with AI.

If there’s one thing that machine learning and AI have revealed about IoT content, it’s that long-form content needs to be…. well, long, but also not too long. We’ll pick up our stunning IoT Data and AI Summit reveal next time with a look at Digital Twinning and horizontal and vertical data integration, and we’ll briefly listen in to a discussion on the B2C ramifications of IoT AI.