Is IoT the End of the World? 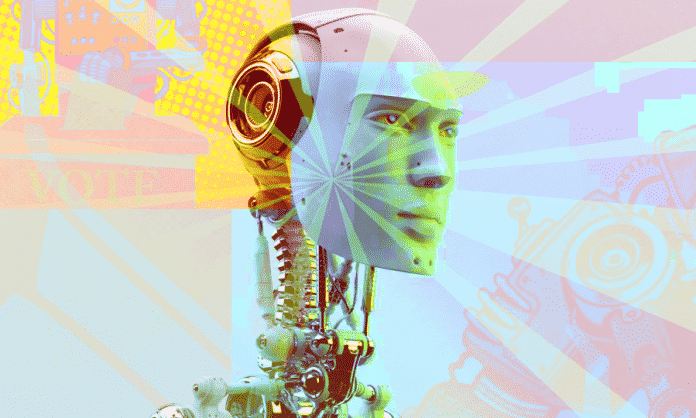 “[The robots] are expanding skills, moving up the corporate ladder, showing awesome productivity and retention rates, and increasingly shoving aside their human counterparts”

You might think — or hope, if you’re a nerd deep inside — that this excerpt belongs to an unpublished novel from Isaac Asimov. Sadly, at least for sci-fi lovers, it actually comes from “The Rise of the Robots”, a book that explores the impact of technology on the future of our society.

“Technology and the Threat of a Jobless Future”

This worrying subtitle from Martin Ford, the author of the book, sums up his point: the adoption of automation and IoT in manufacturing is quickly claiming jobs.

According to a study promoted by PricewaterhouseCoopers, 35% of the labor market in Germany is threatened by automation. Germany has always been considered the driving force of EU economy, so this news isn’t good. But worse is the fact that it’s not just manufacturing. In the UK, 30% of jobs — mainly in financial services — are at risk of being automated as well.

So it’s not only blue-collar jobs that are at risk.

The good news seems to be coming from Japan, where only 21% of jobs are at risk. However, this is because a significant percentage of Japanese-based jobs are already automated. Oh, dear…

Back to the book: in a now highly-tweeted passage, the author argues that “One multi-tasker bot from Momentum Machines can make, and flip, a gourmet hamburger in 10 seconds”. McDonald’s has already replaced cashiers with IoT-powered kiosks, if we add automated cooks and AI-powered drive-through assistants, that covers pretty much every human position.

You may be wondering where I’m heading with this post. I’m a known IoT advocate, so how does any of this help my cause? Well, as much as I agree with Martin Ford on his analysis, I don’t share his vision for the future.

With radical change comes unprecedented opportunity, and we’re definitely facing one of the biggest changes in human history. The point is to understand, what’s on the table for us humans?

In one of his famously engaging speeches, James Whittaker argues that technology is about to shift into a new phase. In the 1980s we saw computers become capable enough to start having an impact on our daily lives, making our payrolls and calculating currency rates. That was the “powerful” phase.

Then, in the 1990s they become cheap and easy to use, enough to find a place in every desk and every home, to enable us doing resumes, budget, homework. That was the “accessible” phase.

In the first decade of the new millennium, the global internet became available to the masses and, through a browser, we could find everything, learn anything, and date anyone (well, not quite…). That was the “connected” era.

Then we hit the 2010s, when we started bringing everything with us and sharing every moment of our lives. The “mobile” phase. We’re actually moving towards the natural end of this “mobile” era, the capabilities of our devices are limited by how fast we can write and think.

We’re now shifting into the new “autonomous” phase, where the combination of data and computational power enables behavior that we would file under the definition of “intelligent”.

The Age of Everything

Seeing machines grow to the rank of semi-equal is an atavistic fear of humanity but it’s the future that we’ll need to deal with. We can certainly ignore the future, but its consequences won’t ignore us. We can fight the future, but the future will fight back with its disruptive effect.

Or we can endorse the future, and pair the capabilities of machines and humans alike to achieve amazing results.

Think about asthma, a condition affecting 8% of the human population. In the U.S. alone, asthma causes almost 2 million emergency room visits, is responsible for thousands of deaths and costs $56 billion a year.

What if we could prevent all this? Well, turns out we can.

Propeller is a startup that developed a connected inhaler which sends data to the cloud, where they run through deep learning algorithms along with medical records and patients’ personal habits.

The results help people understand what may be causing asthma’s symptoms and generate insights to prevent future episodes, like suggesting the use of the inhaler right before an episode is likely to happen. The result is an average reduction of attacks among users by 79%.

In addition to the health and social benefits, this solution is also creating jobs. Propeller will employ almost 100 people by the end of the year. And if you add all other indirect jobs (channel sales, support, etc…) that this will generate, you have hundreds of new employees in jobs that didn’t exist just a couple years ago.

Not bad for an uber-niche market huh?

One could argue that new hires won’t be the same people who lost their jobs because of automation. This is partially true; however, economists are observing a rising demand for skills found in people who were thought to be out of the job marketplace for good.

Want an example? Think about agronomists, whose requests are skyrocketing thanks to the explosion of precision farming, enabled by technology, IoT, robots.

So while the future isn’t certain, I believe that automation and IoT represent incredible opportunities.

How Can a Digital Twin Create a Seamless Workplace for Employees?

Imagining the Airport of the Future with Today’s IoT Technologies