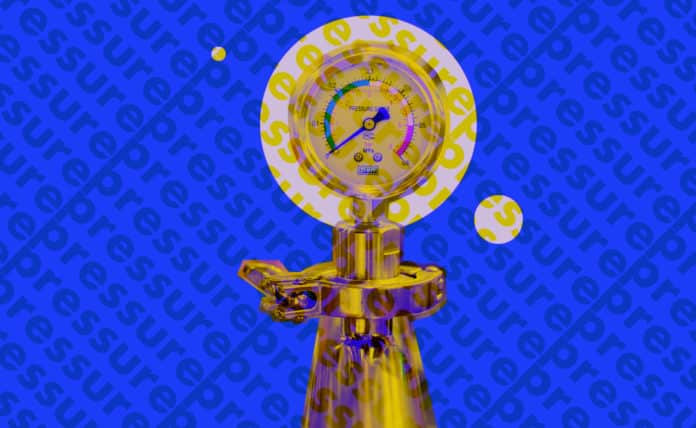 Pressure #sensors are great for #IoT applications because they can easily be incorporated into any system due to their low cost, low power consumption, and small size.Click To Tweet

The mems pressure sensor is essentially a cavity of air with one side being a flexible balloon-like material. When the sensor is in an area with higher pressure (e.g. a low valley), the membrane is pushed into the cavity. When the sensor is in an area with low pressure (e.g. a mountain), the membrane bulges out of the cavity. This membrane has a piezoelectric material on it. The sensor reads the current generated in the material and then uses that reading to calculate the force applied to the membrane. Next, because the pressure inside the cavity is known, the sensor can calculate the outside pressure.

Mems air pressure sensors are accurate enough to be used in a variety of applications. One way to use them would be to measure your bike tire pressure and have them send a notification if the pressure gets to low. Another use case—this time for farmers—is to spread mems air pressure sensors through a field in combination with humidity and temperature sensors. This sensor suite could be used to gather weather data that a higher order machine learning algorithm could leverage to predict local weather with extreme accuracy. Weather analysis has many applications beyond farming too. For example, weather influences air and sea travel. K can allow for preventive care of infrastructure.

Many maps and tracking applications incorporate dead reckoning calculations when lacking a good GPS signal, for example, in a mall or a sports stadium. So, from knowing the last GPS position, dead reckoning is used to calculate a phone’s position using the speed and heading determined by the sensors.

Air pressure sensors contribute a lot of information about the vertical movement to this calculation. Knowing the z velocity at any given time can simplify calculations to just a horizontal system. In addition to the z-axis information, if the sensor has enough accuracy it can be used for step detection.