Telit LTE-M Modules Certified for Use on FirstNet®, Built with AT&T | IoT For All 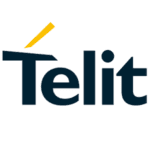 Receiving some of the first LTE-M certifications highlights Telit’s relationship with the FirstNet program at AT&T by providing modules for reliable, secure, high-performance LTE devices for first responders

London, June 11, 2021 – Telit, a global enabler of the Internet of Things (IoT), today announced that four more of its modules are now certified and approved for use on FirstNet. These four latest modules, the ME310G1-WW and ME310G1-W1, and the ME910G1-WW and ME910G1-W1 are some of the first modules approved to support LTE-M for first responders and public safety devices. Telit now has a total of nine LTE modules and data cards certified for use on FirstNet, highlighting the company’s commitment to the first responder community and its longstanding relationship with AT&T.

FirstNet is built with AT&T in a public-private partnership with the First Responder Network Authority (FirstNet Authority) – an independent agency within the federal government. It’s the only nationwide, high-speed broadband communications platform dedicated to and purpose-built for America’s first responders and the extended public safety community.

AT&T previously certified the ME310G1 and ME910G1 for LTE-M and NB-IoT use. Today’s certifications extend that approval to LTE-M on the FirstNet network in the B2, B4 and B12 bands. FirstNet extended primary users — serving the first responder and public safety communities — can choose between two different power classes, each available in two form factors. FirstNet extended primary users are organizations and agencies that could be called on to help support public safety in day-to-day operations and during emergency response. For more information, visit https://contact.telit.com/public-safety.

The device certifications enable FirstNet extended primary users to leverage the ME310G1 and ME910G1 in critical infrastructure management, even when disaster strikes. For example, utility companies can use their ME310G1- and ME910G1-powered devices for advanced metering infrastructure (AMI), energy grid monitoring and smart lighting.

“FirstNet devices and modules go through extensive review, so first responders can be confident that Telit‘s LTE-M modules meet our highest standards for reliability, security and performance,” said Brenda Kittila, vice president, FirstNet Operations at AT&T. “The more tools public safety has access to on their network, the more we can help them achieve their mission.”

“Certification of the Telit ME310G1 and ME910G1 for LTE-M use on the FirstNet network highlights our company’s longstanding commitment to providing first responders and their partners with reliable, secure, high-performance devices and services,” said Manish Watwani, chief marketing and product officer, Telit. “With these modules, systems designers now have a wider range of pre-certified solutions for developing IoT controllers and sensors, terminals and other hardware that FirstNet users and others in public safety can depend on.”

FirstNet and the FirstNet logo are registered trademarks of the First Responder Network Authority. All other marks are the property of their respective owners.

Enterprise IoT Insights
What is TSN, and why industrial 5G won’t work without it? (Talking 5G-TSC with 5G-ACIA)
Jun 24, 2021

What is TSN, and why industrial 5G won’t work without it? (Talking 5G-TSC with 5G-ACIA)