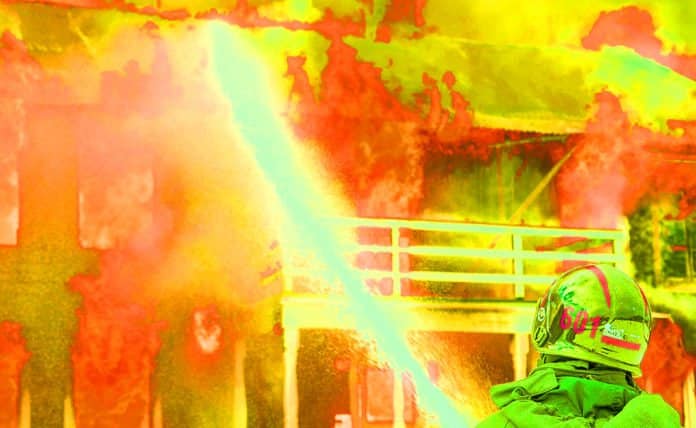 More than 40 years since the first home automation products for consumers hit the market, the smart home is finally taking off. Wireless security systems, smart speakers, and whole-home Wi-Fi networks are enjoying brisk sales. Industry analysts estimate that $30 billion worth of smart home products will ship globally in 2018, growing to more than $100 billion by the early 2020s.

However, the smart home could become a victim of its own success.

Smart homes rely on diverse wireless technologies to serve diverse applications. There are Wi-Fi products for high-speed Internet access and streaming multimedia, and Wi-Fi mesh solutions for whole-home coverage. There are Zigbee devices for wireless security systems, thermostats, and battery-powered sensors. And Bluetooth-equipped smartphones with the appropriate apps can be used to configure and manage smart appliances.

As more and more wireless devices are deployed around the home, the potential for interference grows. Most of these devices compete for access to the 2.4 GHz band. When there are relatively few of these devices in a home, they don’t interfere with each other very much. When there are dozens of wireless devices in the same home the interference becomes unavoidable, sapping devices’ throughput, dragging out response times, and draining batteries.

Smart homes rely on unlicensed wireless services that were created by the FCC in the mid-1980s. At first, unlicensed devices were designed to share spectrum with narrowband users and products that created radio signals for non-communication purposes (such as microwave ovens).

More and more consumers want whole-home Wi-Fi coverage to reach PCs and TVs in different rooms, and to avoid using their mobile data gigabytes when at home. Whole-home Wi-Fi products based on the 802.11s mesh networking standard are now widely available.

The 802.11s standard describes changes to the link layer–how devices use and share the physical medium. However, 802.11s doesn’t require a specific physical medium. Many Wi-Fi mesh products use the same radio channels for both client device access and relaying data between the mesh nodes. This approach works but it’s like doubling the number of active client devices. It essentially borrows 50% of the user capacity to send data from the remote nodes to the main node connected to the ISP’s modem.

However, today’s tri-band routers have a couple of limitations. In order to operate two radios in the same band, most tri-band routers use the two 80-MHz channels at opposite ends of the band. This increases the likelihood of interference with networks in neighbors’ homes. It also limits the flexibility of networks within the same home. Users with larger homes and/or more demanding applications might want to use different channels to segregate traffic.

Operating two radios in the same band (and in the very same box!) also requires equipping each radio with a filter. Filters are designed to block signals on nearby frequencies. However, they inevitably add some loss on the desired frequency, too.

A new technology, self-interference cancellation (SIC), can be used in combination with filters to solve both problems. As its name implies, rather than block a range of frequencies SIC cancels out specific interfering signals. It allows tri-band routers to use any pair of the six 80-MHz channels in the 5 GHz band–even adjacent channels. And because it adds a cancellation signal rather than blocks frequencies, it doesn’t cause any loss to the desired signal. Companies such as Huawei, Kumu Networks, and Qualcomm–as well as researchers at universities all over the world–are busy developing and refining SIC technology.

SIC offers an additional benefit for Wi-Fi mesh nodes. It enables the design of smaller, more elegant units. SIC can be used with a device called a “diplexer” to allow both 5 GHz radios to share the same antennas. And by isolating the signals electronically, it reduces dependence on physical separation for isolation, so the antennas can be placed closer together.

One thing many consumers want from a smart home is the ability to manage and check the status of all of their devices from a single point. Smart home hubs are essential to centralized management and control. These devices often contain multiple radios to communicate with devices supporting different wireless standards.

Zigbee devices are designed to run on the same battery for up to seven years, but that assumes short, infrequent transmissions. Plus, Zigbee-based door and window sensors used by wireless security systems may have to wait for the Wi-Fi radio to stop transmitting before they can notify the system that a door or window has been opened.

Ensuring that dozens of wireless devices can communicate at the same time in the same home is a challenge. A technology that empowers wireless devices to operate in the presence of strong interference is exactly what is needed to take spectrum sharing to the next level.

Written by Joel Brand, VP of Product at Kumu Networks