Using IoT to Reduce the Shock of Blackouts and Load-Shedding

In South Africa, we have experienced load-shedding yet again this year.   These events have a detrimental effect on business productivity. It also affects the greater economy, causing gridlock. This article explores how the Internet of Things (IoT) is able to mitigate some of the effects of blackouts and load-shedding and allow businesses to better manage the resultant incidents of negative consequence that are triggered.

IoT is able to mitigate some of the effects of blackouts and load-shedding, enabling businesses to better handle the fallout.Click To Tweet

What Causes Blackouts and Load-Shedding?

Load-shedding and blackouts, like all problems, do not have a singular cause. It’s human nature to attempt to blame and find a single reason, but dramatic incidents like these are triggered by a cascade of issues that coagulate into a larger and bigger problem. The cause of the load-shedding problem in South Africa is complex. We aren’t going to do it justice in a short article like this one. That would require full analysis and one that also includes analyzing poor policy decisions dating back 20 years. For this complex task, an expert panel of industry professionals has been assembled.

In this article, we look at ways in which the Internet of Things (IoT) can assist in mitigating some of the risks associated with load-shedding as well as related blackouts.

Load-shedding is a mechanism that is used by a utility provider to artificially keep usage levels low by implementing a rolling blackout across its footprint using enforcing localized power outages on a schedule. This is meant to prevent the whole system from having a total failure or shutdown! Blackouts are typically localized outages triggered by excessive usage that is unplanned and not expected. In both cases the immediate impact on a client or associated power infrastructure is similar.

When a power outage occurs for whatever reason, there is not a significant amount of damage that occurs during this initial event. However, the probability of infrastructure damage is higher during power restoration as that is when a spike is likely to occur, especially during the first few seconds.

The equipment loss during power restoration is significant. The equipment being damaged is not only production infrastructure but the supporting standby generators and uninterruptible power supplies (UPS) being used. It is during outages that maintenance issues are identified such as an automatic transfer switch that is failing or batteries that need replacement. This is because the monitoring is rudimentary and not sufficient enough to alert to proactive maintenance events. The latest generation of IoT devices have focused on being able to be more proactive and these are the types that need to be deployed.

How Can IoT Help?

As an immediate use case, IoT devices could be installed to regulate these power deviations by simply using a delay timer associated with a relay switch. This results in the power only being restored to the infrastructure once it stabilizes as power surges occur within the first 20 seconds and hardly ever after two minutes.

An example of infrastructure that would be affected in this manner is Automated Teller Machines (ATMs). Although ATMs are designed to be robust and handle the occasional outage, load-shedding and blackouts potentially significantly higher damage. This is because the rate the ATM is being power cycled is not within its design norms. The damage sustained to even one ATM can validate against the deployment of IoT sensors to monitor and manage power for up to at least a thousand ATMs.

An example of the consequence of a blackout is traffic management. In South Africa, no contingency exists for alternative power sources for our traffic lights. However, in our neck of the woods, a traffic light outage caused by either a blackout or even the weather does not mean the traffic light starts operating normally once power is restored. Often a traffic light remains inoperable for a number of days after such an event with traffic chaos occurring as a result.

Fundamentally, the traffic authorities are unable to determine the operational state of an intersection without a visual inspection or citizen feedback. This is an obvious example where IoT can play a role to improve operational efficiencies. An IoT device that constantly reports on the traffic light status across the whole grid, would allow resources to be directed to the most appropriate locations for repair and maintenance.

Dealing with the consequences

IoT plays a part in the aftermath of blackouts and load-shedding. It provides the ability for a company or a municipality to determine the impact of the event and assign resources for a full return to service. A bank would be better served to proactively dispatch technicians to repair an ATM instead of having to wait for a client complaint. Furthermore, IoT will be able to proactively identify maintenance tasks required before a triggered outage causes a higher crisis level than anticipated. 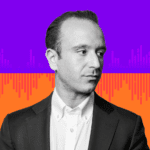 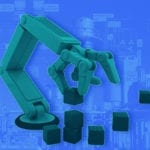 Industrial Automation MachineMetrics January 19, 2021
From robots performing tasks better than humans to stealing jobs, check out the most common myths about industrial automation. 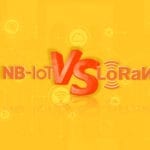 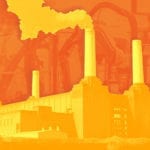