From Tesla’s Model S to Waymo’s Firefly 1, we’ve all heard that autonomous vehicles are the future and promising to relieve traffic congestion, reduce emissions, and completely eliminate the stresses of parking, it’s no wonder why. But as you read up on the future of vehicles as we know it, you may have seen something called the levels of driving automation, from assistive level one to its level 5 autonomous counterparts. What are the levels of driving automation and what do they mean?

The five levels of driving automation indicate how capable the vehicle is of acting and reacting on its own. Here’s a simple explanation of what you can expect from each level of automation.

At Level 0 Autonomy, the driver performs all operating tasks like steering, braking, accelerating or slowing down, and so forth.

At this level, the vehicle can assist with some functions, but the driver still handles all accelerating, braking, and monitoring of the surrounding environment. Think of a car that brakes a little extra for you when you get too close to another car on the highway.

Most automakers are currently developing vehicles at this level, where the vehicle can assist with steering or acceleration functions and allow the driver to disengage from some of their tasks. The driver must always be ready to take control of the vehicle and it still responsible for most safety-critical functions and all monitoring of the environment.

The biggest leap from Level 2 to Levels 3 and above is that starting at Level 3, the vehicle itself controls all monitoring of the environment (using sensors like LiDAR). The driver’s attention is still critical at this level but can disengage from “safety-critical” functions like braking and leave it to the technology when conditions are safe. Many current Level 3 vehicles require no human attention to the road at speeds under 37 miles per hour.

Audi and others have announced Level 3 autonomous cars to launch in 2018. An autonomous vehicle expert at Ford noted that they plan to take the company straight to Level 4, saying “We’re not going to ask the driver to instantaneously intervene—that’s not a fair proposition.”

At Levels 4 and 5, the vehicle is capable of steering, braking, accelerating, monitoring the vehicle and roadway as well as responding to events, determining when to change lanes, turn, and use signals.

At Level 4, the autonomous driving system would first notify the driver when conditions are safe, and only then does the driver switch the vehicle into this mode. It cannot determine between more dynamic driving situations like traffic jams or a merge onto the highway.

Last and least (in terms of human involvement), is Level 5 autonomy. This level of autonomous driving requires absolutely no human attention. There is no need for pedals, brakes, or a steering wheel, as the autonomous vehicle system controls all critical tasks, monitoring of the environment and identification of unique driving conditions like traffic jams.

NVIDIA announced an AI computer to help achieve level 5 autonomy, where drivers simply plug in their destination and leave the rest up to the vehicle itself.

Autonomous driving can be scary for those who don’t fully understand how it all works, but hopefully, this post helps you navigate the news around autonomous vehicles and understand at what levels companies are developing them. Now, how our society, government, and city planners will adopt and address this gigantic shift in transportation is a question for another time. 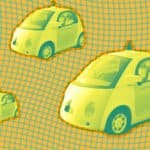 How Do Self-Driving Ca...

Automotive IoT For All June 22, 2020
Self-driving cars will use several IoT technologies to protect human lives and improve conditions for all. But how do self-driving cars really work? 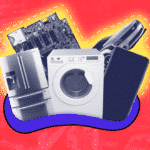 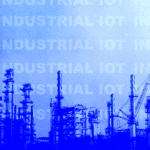 Automotive Alex Jablokow December 20, 2019
While the typical Industrial IoT demo uses gleaming new equipment, most of this country's working industrial assets are years and even decades old. It doesn't make financial sense to replace expensive equipment still performing its function, but managers want to gain the monitoring and analytics advantages of the IIoT. What needs to be considered before attempting an upgrade?

How Connected Devices are Changing the Manufacturing Industry
February 14, 2020